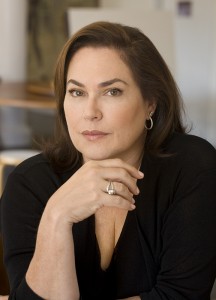 Amy Bloom, a New York Times Best-Selling author, visited Rollins during the last week of February. She was the final visiting writer as part of Rollins’ annual literary festival Winter With the Writers.

Bloom also taught a one credit English 367K course on Tuesday and Wednesday called “Writing Life: Amy Bloom.” Amy Bloom is this year’s Irving Bacheller Chair of Creative Writing.  During her short class, each student was given the opportunity to turn in five pages of work to Bloom, which she then critiqued. Some of the things she focused on were dialogue, characterization, and plot. She also spoke about her own writing and read aloud from her most recent novel, Lucky Us.

Bloom has had many works published across different genres. She has written three novels, Love Invents Us (1998), Away (2007) and Lucky Us (2014). She often has short stories published in literary magazines, and she has written three short story collections: Come to Me (1993), A Blind Man Can See How Much I Love You (2000), and Where The God Of Love Hangs Out (2009). She has also written a nonfiction book called Normal: Transsexual CEOs, Cross-Dressing Cops, and Hermaphrodites with Attitude (2003) and a children’s book, Little Sweet Potato (2012).

Bloom held a Master Class at 4pm on Thursday, February 26, where she critiqued intern work. A reading, Q&A, and signing followed at 7:30. During the reading, Bloom read from different parts of her most recent novel, Lucky Us. This novel takes place in the 1930s and 40s, and it follows the dramatic lives of two sisters, who move from Ohio to Hollywood to New York City.

Preceded by writers Sapphire, Natasha Trethewey, Malena Morling, and Katie Farris, Amy Bloom marked the end of this season of Winter With the Writers.