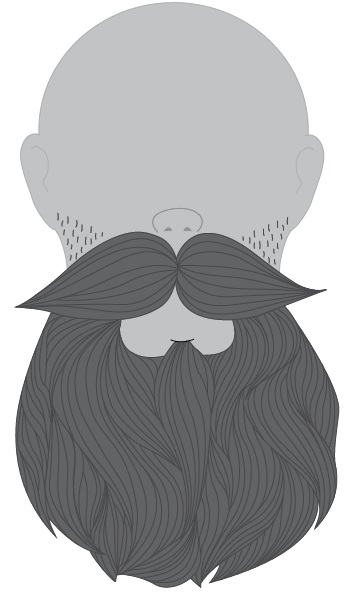 During the month of November, you may notice many men and even some women starting to look a little more stubbly than usual. This is because of an annual event known as No-Shave November, or Movember. Many of us may be familiar with this concept, but may not know how participating contributes to a great cause.No-Shave November is actually a concept that was started to raise awareness about all types of cancer. The concept was first introduced as a light-hearted way to show support for cancer patients who lost their hair from various cancer treatments.

No-Shave November encourages men and women to let their hair grow wild and free. “The goal of No-Shave November is to grow awareness by embracing our hair, which many cancer patients lose, and letting it grow wild and free.” The American Caner Society encourages men and women to “donate the money you usually spend on shaving and grooming for a month to educate about cancer prevention, save lives and aid those fighting the battle.”

Having done a little bit of research to find out how No-Shave November actually came about, we found that many have claimed the concept originated all the way back to the time of Plato. We cannot thank him for No-Shave November specifically, yet Plato is believed to have encouraged younger boys who were attempting to emulate those wiser than them by stating, “no man can be trusted if he is without a beard.” This then created a period of 30 days in which elders would teach the younger male population the art of maintaining a perfect beard to appear wiser and older.

Just a few years later in 1999, an organization known as Movember was created in Melbourne, Australia. With the slogan “changing the face of men’s health,” Movember sought to raise awareness for men’s health during the month of November, similar to raising awareness for breast cancer during the month of October. Men who became involved were known as Mo Bros and the women known as Mo Sistas. By 2011 they had nearly 1 million participants all around the world and raised 126 million dollars.

Since then, the concept has expanded drastically and become more commonly known here in the United States as No-Shave November. We asked a couple students here at Rollins their opinions and what their trick is to surviving No-Shave November. Sam Wall ‘17, a regularly bearded sophomore shared,

I like No-Shave November because I don’t really have to change anything. It is a fun way to create cancer awareness, and honestly at this point I just keep my beard out of fear. I haven’t seen my own face since early 2013, and at this point the thought of seeing what I look like without it is terrifying.”

It’s nice having a month off of shaving. Guys aren’t the only ones who have it hard, shaving a leg takes a really long time, and there are two of them. Plus it goes to a good cause, just remember to donate at the end of the month!”

No-Shave November encourages all of you to let that mustache grow, lock the razors away, skip the waxing appointment, and embrace the hair you have. Even if you chose not to partake in a great excuse to not shave and contribute to a great cause, you can donate on the No-Shave November website and share the concept with peers, friends, and family with the hasthag, #LETITGROW.