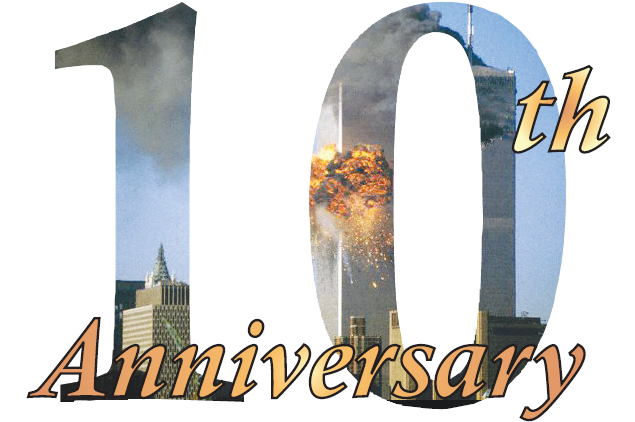 Ever since 9/11, the month of September has had a unique connotation in the minds of Americans. No longer just symbolizing the beginning of a new school year and the end of summer, September is a time of remembrance: a time of sadness, a time of hurt, a time of anger and a time of pride in what it truly means to be an American.

This year, Sept. 11, 2011, is the 10th anniversary of the day that shook the entire world. At the same time, 2011 is also the 10th anniversary of one of the most successful offices at Rollins, the Office of Community Engagement (OCE). In recognition of past tragedies and in celebration of 10 years of service at Rollins, OCE, in partnership with Rollins Cares, presents the Rollins community with September of Service.

The month will include a number of events to further integrate Rollins students, faculty and staff with pressing community needs and opportunities and to promote progress, justice, learning and growth.

During the weekend of the 10th anniversary of 9/11, two service projects – both on Sat. Sept. 10 – are offered to students, staff, faculty and their families:

At Fern Creek Elementary School participants will set and lay the brick foundation for the school’s centralized flagpole as well as participate in a minor beautification project in its vicinity. Fern Creek is a Title I school that serves roughly 350-400 students of whom 23 percent are homeless. At Paragon School, volunteers will take part in an early afternoon of bowling with some of its students. The Paragon School serves a student population with Autism Spectrum Disorder and Asperger’s Syndrome. All interested participants need to contact OCE to RSVP for either project, as space is limited. Transportation will be provided to both locations.

In addition to the above service work, various constituents on campus will host the 9/11 National Requiem of Remembrance at 3 p.m. on Sunday, Sept. 11 in Knowles Chapel. This concert is being performed nationwide at hundreds of different venues. Members of the Rollins Concert Choir and Bach Festival Society will be singing Mozart’s Requiem. There will be another memorial on Monday at noon at the flagpole outside of the Warren building. Both are free and open to the public.

OCE will also offer 30 other events throughout September of Service, including the Intercoastal Cleanup on Sept. 17 and the Habitat for Humanity Immersion Trip to St. Petersburg over the last weekend in September. Please look out for a campus-wide email with a calendar of all of these dates.

Assistant Director of the Office of Community Engagement Meredith Hein is proud of the month-long service experience. “In conjunction with the mission for the national movement, the OCE and Rollins hopes to inspire people to pay tribute on the anniversary of 9/11 by voluntarily pledging to perform good deeds, support charitable causes, volunteer and engage in other acts of compassion – honoring the 9/11 victims and survivors, as well as all those that rose in service in response to the attacks, including first responders, recovery workers, volunteers, public safety personnel, and members of the military, and all of their families.”

Last summer, OCE was recognized on national levels for its achievements, with Rollins receiving the President’s Higher Education and Community Service Honor Roll’s President’s Award, the highest federal recognition a college can receive for its commitment to service. Rollins also received recognition from USA Today as one of the top 25 Colleges/Universities in the United States committed to service.
To learn more about the Office of Community Engagement and upcoming events visit www.rollins.edu/communityengagement or stop by the 2nd Floor of the Mills Building.