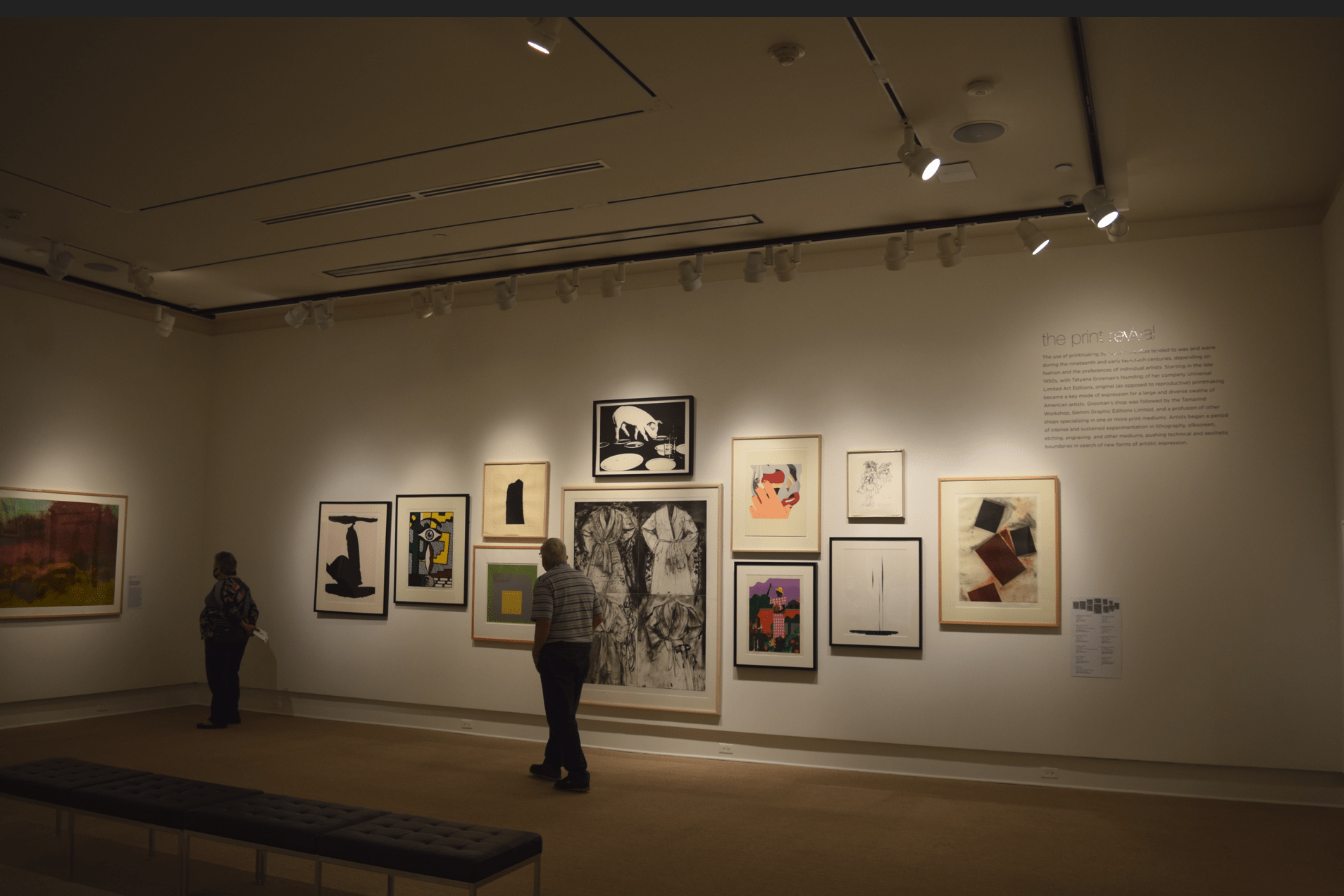 As the Rollins Museum of Art (RMA) enters its spring season, students can view six different exhibitions. According to RMA Curator Dr. Gisela Carbonell, two of these exhibitions are continuations from last season but feature rotating works for a fresh experience.

When visitors first enter the RMA, they arrive at “Art Encounters: Ally is a Verb.” Carbonell said that this exhibit “is done in conjunction with the RCC Common Read. These are all works by contemporary artists from our permanent collection.” The pieces cover themes such as immigration, discrimination, and women’s rights. At the end of the hallway is a recording booth for people to record their personal stories and listen to the stories of others.

“From Chaos to Order” is a traveling exhibition, organized by the Museum of Fine Arts in St. Petersburg. According to Carbonell, it includes 57 pieces from a private collection, curated by Dr. Michael Bennett. All of the objects are from Ancient Greece, from the 9th to 7th century BCE, in the Geometric period.

“This is the same period when the Greek alphabet was developed, as well as the time of Homer and the tradition of the Iliad,” said Carbonell.

Most of the pieces are small, bronze antiquities; Carbonell emphasized that they “are streamlined down to their most basic elements––no big ornamentation, no big narrative stories. It is more about concepts.”

The exhibition exists in dialogue with the adjacent gallery, “Line, Color, Shapes, and Other Stories.” The title speaks to three key structural elements, which according to Carbonell refers to “the foundation of pretty much any work of art.” It features 17 works from the museum’s permanent collection.

“These are all modern and contemporary artists working with abstraction in a different way,” Carbonell said. “One of the things that I like to point out about this exhibition is that even though these are abstract works of art, they each tell a different story.”

The RMA features an installation dedicated to recent acquisitions, featuring a small sample from the permanent collection obtained within the last two-and-a-half years.

“We plan our exhibitions at least two years in advance, so works that come into the collection often aren’t seen in themed exhibitions for a year or two,” Carbonell said. “I wanted to show the breadth of the types of works we are acquiring. Here we have pre-Columbian, Mesoamerican objects to contemporary painting, to 20th century print, to photography, to non-traditional media as well as earlier pieces, like European old masters, for instance. This also shows the diversity of subject matter and themes we are collecting for our museum.”

One of the pieces on display, Patrick Martinez’s “Racism Doesn’t Rest During a Pandemic Pee Chee (No Justice No Peace),” was created during the pandemic, emphasizing the timeliness of their acquisitions.

The RMA displays new works frequently, with exhibitions centered around three main seasons: January to May, May to August, and September to December. The museum holds 6,000 objects in its permanent collection.

“The collection is active––it’s dynamic and continues to grow, not only in numbers but in an intentional way,” Carbonell said. “Everything that we collect is aligned with the curriculum of Rollins College, so our professors can teach with these objects and our community can enjoy them.”

Carbonell said that the museum acquires works for the collection in several ways, most commonly by purchase or as gifts from private donors.

“For each of these, we work internally and with the advice and approval of our Collections Committee to make sure each acquisition complies with our collecting criteria and that we do the due diligence to clear the provenance of each work, and that they fulfill our mission,” Carbonell said.

“One of the things I always tell people is that there is something for everyone here at the museum. […] In terms of the themes that we address, these are themes and historical moments that are important to all of us, that matter to all of us,” Carbonell said. “I hope that students feel comfortable coming to the museum on their own time, not necessarily just with a class. They can come walk through the galleries, sit and take a break between classes, and find things that capture their attention.”

Admission to the RMA is free. Students may visit the museum’s website for more information regarding operating hours and upcoming events.