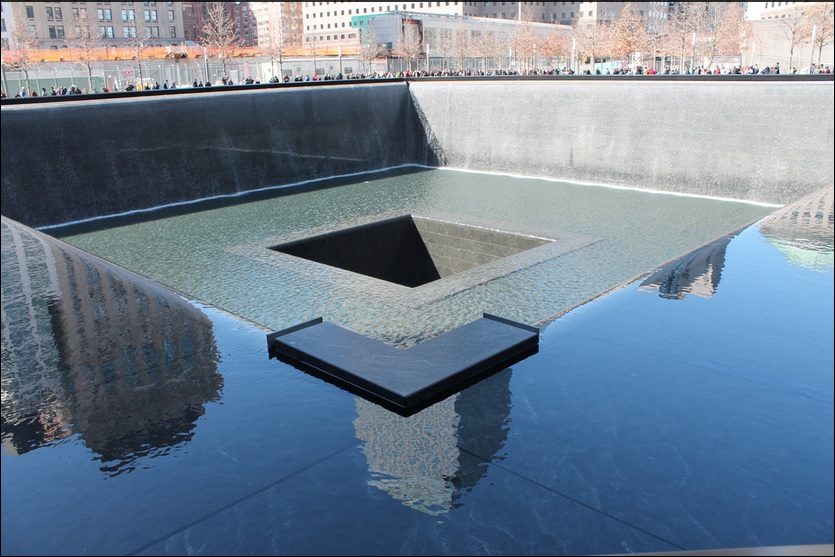 As the anniversary of nine eleven approaches, a New York native recalls the terrorist attacks and calls on fellow Americans to never forget that fateful day.

As I sat at my computer to complete assignments, I heard fellow employees chatter about what seemed to be some juicy news. Unclear as to what was being said, I assumed it was the usual office gossip and continued to work.

However, this was more than your typical office gossip – this was devastating news that tore my heart into pieces. On Tuesday September 11, 2001, terrorism consumed America and planes crashed into the twin towers at the World Trade Center.

After hearing that news, I left my job for the morning because all I could think about was my family who still lived in New York while my sister and I lived in Orlando. The first thing I wanted to do was rush to catch a plane to head to New York, but no aircrafts were allowed to fly and no mass transportation was working. Everything came to a standstill. I called my parents and other relatives about 30 times, but I couldn’t get a hold of anybody. When I dialed their numbers, all I could hear was, “Your call cannot be completed as dialed”. All phone service to New York City was disrupted.

Tears rolled down my cheeks as the worst case scenarios entered my mind. Where was my family, and were they alive? The news media replayed coverage over and over throughout the day that showed people leaping out of windows, papers flying through the air, and debris landing on bystanders. I stared into space, fearing what the repercussions of this tragedy would be. I cried for hours! I said to myself that this had to be an accident.

However, when I saw the replays of the two airplanes crashing into the buildings one after the other, I knew this was an act of terror. I thought to myself, “Who could do this to us? We are the country that always helps other countries.”

I was overjoyed when I finally heard from my parents. My dad had an appointment at the World Trade Center that morning, but he canceled and walked over the Brooklyn Bridge to get away from the smoke. My mom had left work and walked from 92nd street in Manhattan toward Lennox Avenue in Harlem just to get home. As happy as I was to know they were alive, I was still saddened by the tremendous loss of life that occurred that day. I could not get over the fact that the Twin Towers no longer stood.

As the smoke filled the air and people stumbled all over each other, I saw neighbors become helpers, family rivalries cease, and strangers become friends. The humanity came out in the American people.

Now, twelve years later, the American people can’t forget the burning fires and the havoc this tragedy wrought on our nation. So many wallets with pictures of fathers, mothers, aunts, uncles, grandmothers, and daughters smiling. We can’t forget the sweaters on the ground once worn on the shoulders of someone who was cold in the office. We can’t forget the boots that belonged to fathers of newborn babies, or the high-heeled shoes of the working mothers lost in the rubble. We can’t forget the thousands of children left without parents, or those who perished in Washington D.C. and Pennsylvania. God bless the firefighters who didn’t stop working until the flames went out. And let us not forget the six people who lost their lives even when the first attack on the Towers happened in 1993.

Although the American people will never feel the same when they travel by aircraft, they cannot live in fear and be paralyzed; they must live their lives to the fullest. The Twin Towers may no longer be standing, but we, the American people, stand as a whole. So be proud to be American, and be proud to be a Rollins student with a campus full of different nationalities. Despite our differences, continue to spread the love this day and every day by displaying global citizenship.