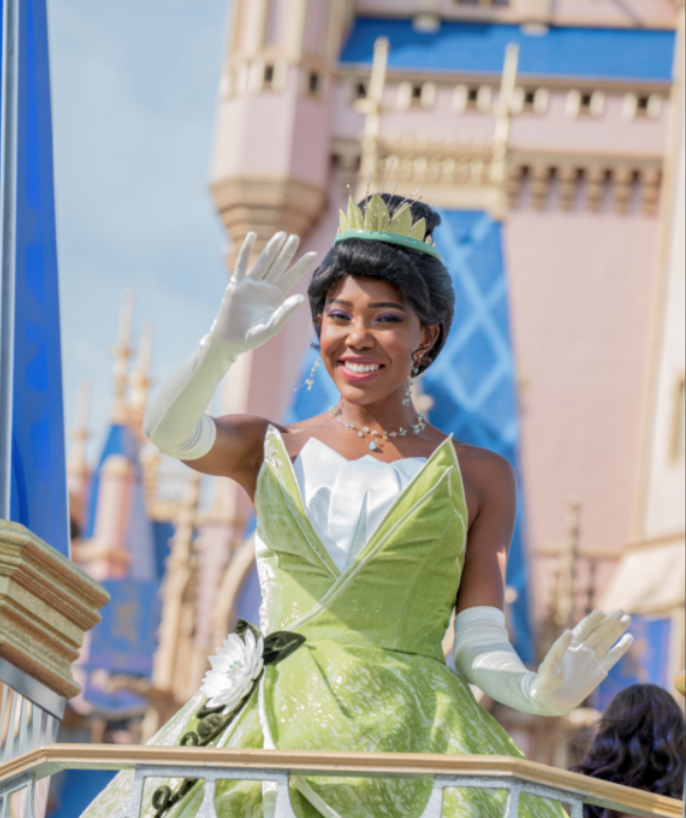 The Disney theme parks act as a bridge between fantasy and reality, bringing beloved characters to life off the screen. As decades pass, the films that Disney produces have become more inclusive, but its in-park representation needs to be expanded––especially in our home park, Walt Disney World.

Disney’s latest animated film, “Encanto,” was its first film featuring a Latin American family. For the first time, many fans saw themselves represented on the screen. Mirabel, the film’s protagonist, started greeting guests at the Disneyland Resort in November, prior to the movie’s release. Three months later, however, Walt Disney World still lacks a Mirabel meet-and-greet. Instead, we have a temporary “Encanto” themed food booth––a somewhat lackluster nod to a film with three Oscar nominations and a Billboard #1 song.

With “Raya and the Last Dragon,” the titular Southeast Asian character did not see a park debut celebrating her March premiere date. It wasn’t until six months later that she started meeting guests in Shanghai Disneyland. Raya was brought to the Disneyland Resort this January as part of Disney California Adventure’s annual Lunar New Year celebration. Meanwhile, despite having an entire section dedicated to China in Epcot, Walt Disney World disappointingly does not hold such celebrations for Lunar New Year. Though Raya’s meet-and-greet was held in a different location than Mirabel’s, Mirabel’s meet-and-greet was suspended during this time to make room for other limited-time characters.

Surrounding previous film releases, Disney was prompt in integrating its characters into the parks. Tiana, afterall, made her park debut on Oct. 26, 2009––over a month ahead of when “The Princess and the Frog” hit US theaters on Dec. 11, 2009. In 2020, it was announced that Splash Mountain would get a Tiana retheme, but this project was never given a completion date and was recently removed from Disney’s website. After “Elena of Avalor” premiered on July 22, 2016, the titular Latina character made her park debut the following month, on Aug. 11.

On Feb. 8, Disney opened up nationwide online auditions for both Mirabel and Raya for the Disneyland Resort. This implies that both characters will receive more permanent meet-and-greets in the future. Unfortunately, no casting calls have been posted for Walt Disney World, so it seems that there are no immediate plans to bring them to Florida.

Orange County, CA and Orange County, FL (the counties in which the US Disney parks are located) both feature a sizable Hispanic or Latino populations of 34 percent and 33 percent, respectively. There is a greater disparity between its respective Asian populations, at 22 percent and 5.7 percent. Since the California county represents both minority groups in higher percentages, this may be why Mirabel and Raya appeared there first. Nevertheless, they should be introduced here in the Florida parks.

Because Mirabel and Raya aren’t official Disney princesses, I can understand why it would be more difficult to integrate them compared to characters like Tiana and Elena. That being said, there are still plenty of opportunities to bring them to the parks permanently.

Magic Kingdom’s new Disney Adventure Friends Cavalcade boasts the “most characters of any cavalcade to date,” featuring an eclectic combination of Pixar and Disney characters: Nick and Judy from “Zootopia,” Miguel from “Coco,” Pocahontas from her titular film, and more. Surely, Mirabel and Raya would fit right in if given the opportunity.

As far as formal meet-and-greets go, there are usable spaces available. In Epcot, though there is no pavilion for them to reside in, there is a small gazebo at the start of the World Showcase which is currently used for a Minnie Mouse meet-and-greet. Additionally, while Animal Kingdom would not necessarily be the most suitable park to represent its stories, it holds a small stage that already features an “Encanto” mural.

I appreciate how Disneyland has hosted Mirabel and Raya temporarily while they solidify a plan. However, it would be best to get both characters a permanent spot in either park’s cast. Given the size of Walt Disney World especially, there is no reason why Mirabel and Raya shouldn’t be represented here in the parks.