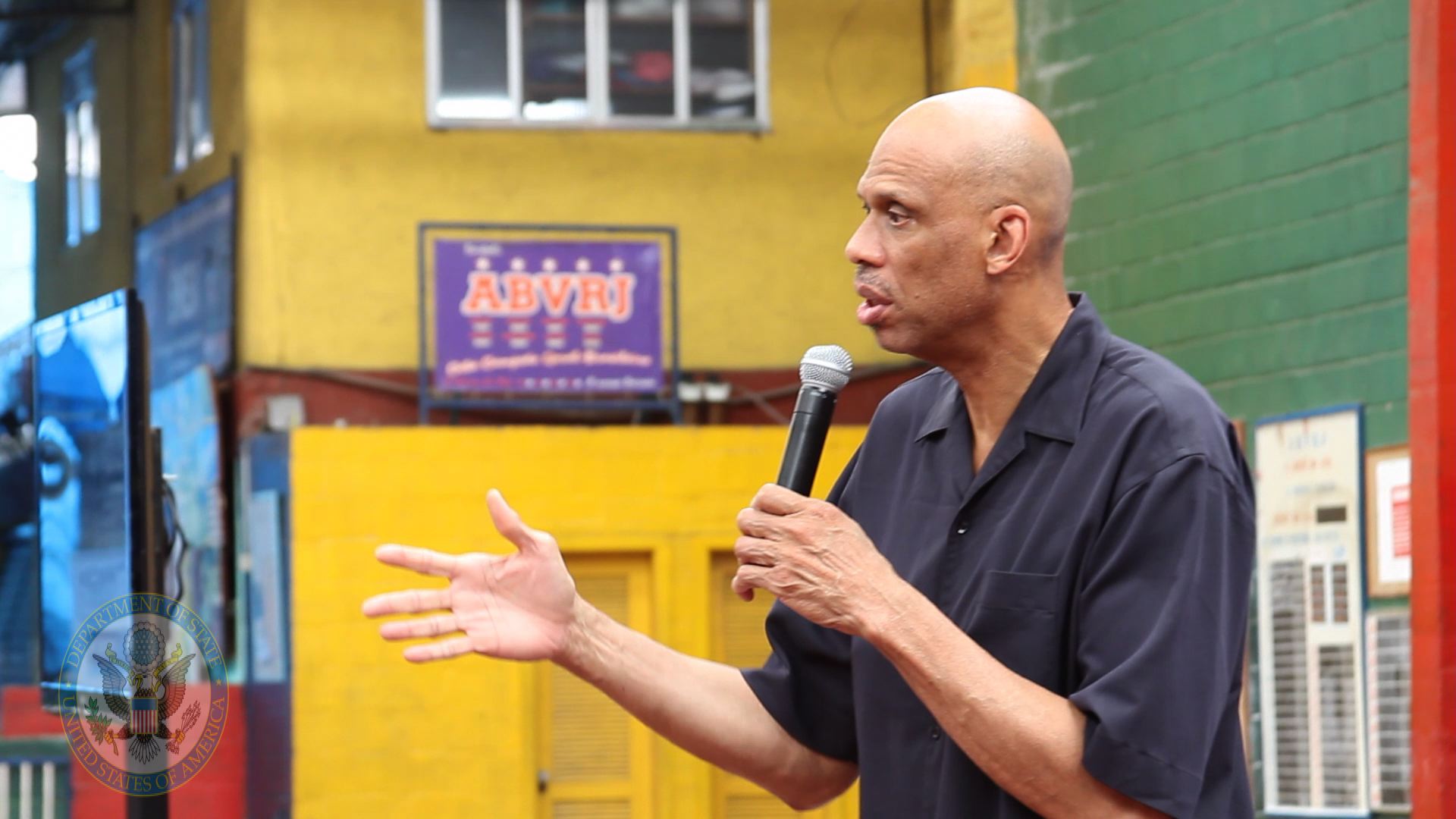 The Winter Park Institute recently gave Rollins students and other members of the Winter Park community an opportunity to listen to writer, activist, and Hall of Fame basketball player Kareem Abdul-Jabbar speak about current political and social issues.

Abdul-Jabbar is a six-time NBA champion and the NBA’s only six-time MVP. Aside from basketball, he has written a variety of books, including a political novel titled Writings on the Wall: Searching for a New Equality Beyond Black and White. He has also written many political columns for notable newspapers and magazines, including The Washington Post and Time Magazine.

Abdul-Jabbar’s variety of talents and accomplishments was one of the main reasons behind his invitation to speak at Rollins on April 4 at 7:30 p.m. Gail Sinclair, executive director of the Winter Park Institute, stated, “Basketball is only a part of who he is. He is actively engaged in social issues of race, equality, and social responsibility… He is also a writer with 14 books in various genres.”

Abdul-Jabbar’s event at the Alfond Sports Center was predicted to focus on issues of racial inequality and politics. His outspoken presence as a political commentator and activist was ideal for attempting to engage Rollins students and Winter Park residents in thought-provoking conversations.

Abdul-Jabbar has been very vocal on a variety of issues, including recent political events, such as Donald Trump’s travel ban.

Abdul-Jabbar’s experience in political commentary spans over five decades, starting with his boycott of the 1968 Olympics to protest racial inequality in America.

Abdul-Jabbar spoke extensively on the racial issues impacting the United States. The conversation was one that could encourage students to speak out against the racial injustices occurring in society.

He also spoke about his perspectives on the country’s current political situation. As more young people are using their voices in social justice and politics, his experience in political commentary could have been vital to  such students.

His experience in writing also had the potential to be greatly beneficial to the Rollins students who attended the event. It formally began when he published his autobiography, Giant Steps, in 1983.

One of his more recent projects was a documentary called Kareem: Minority of One. The film won an Emmy and became HBO’s highest-rated and most-watched sports documentary.

The Winter Park Institute is dedicated to promoting enlightened conversations in both the Rollins community and the Winter Park community. Sinclair said, “We choose speakers we hope will engage our students, faculty, and community in current issues.”

Abdul-Jabbar’s speaking engagement wrapped up this current season of the Winter Park Institute. The diverse roster of speakers this season bodes well for the years to come. Sinclair said that their primary goal has always been to “provide a memorable and transformative event.”

The Winter Park Institute has been inviting many famous speakers to Rollins for the past decade. Past speakers include esteemed individuals like Jane Goodall and Paul McCartney.