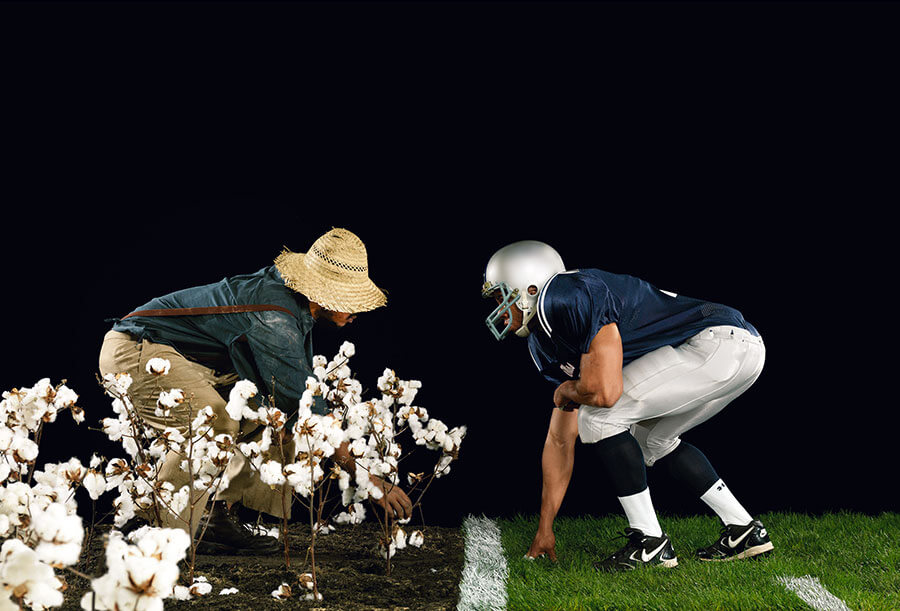 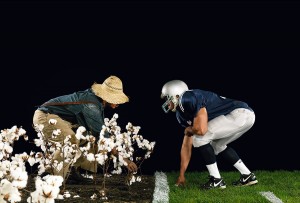 This past Wednesday, artist Hank Willis Thomas visited Rollins College to discuss some of his work currently on display at the Cornell Fine Arts Museum. The event was held in Bush Auditorium and was sponsored by the Thomas P. Johnson Distinguished Visiting Artist Fund.

The event was well-attended. A brief introduction at the beginning gave Thomas’s biographical information—he received his Bachelor of Fine Arts from New York University and his Master of Fine Arts from California College of the Arts. He has participated in 44 solo exhibitions and had his work on display at various museums across the world.

Thomas then took the stage to discuss his work, much of which is based in photography or sculpture. He talked in-depth about his interest in individual perspectives and how that contributes to his work, including a photography series of individuals holding picture frames around parts of their environment in order to capture their unique perspectives.

Thomas also has a deep interest in advertising and touched upon how the depiction of black people has changed drastically over the past several centuries. In his series Unbranded Reflections, he removed the brands from hundreds of advertisements spanning centuries in American history. The advertisements do an amazing job of capturing the culture of the time, oftentimes depicting black people through incredibly harsh or unflattering stereotypes. Thomas appreciates advertisements because he is interested in exploring what happens when history and culture collide with corporate representation.

“Race is the most successful advertising campaign of all time,” he said.

Another series that Thomas discussed was Question Bridge. Question Bridge seeks to “facilitate a dialogue between a critical mass of black men from diverse and contending backgrounds and create a platform for them to represent and redefine black male identity in America.”

A series of questions about black identity was put forth by black men ranging in age and background; they were then answered by different black men. The result is a powerful series that sheds lights on a variety of perspectives within the American black male community.

The final series shown was his most recent installation piece entitled In Search of the Truth. A “Truth Booth” was placed in several different countries across the globe posing the same question: “The truth is…?” Participants were given two minutes to answer, and the result is an intimate discussion that spans across profound and poignant topics.

Thomas’s art is currently on display at the Cornell Fine Arts Museum on campus, and the videos from his collections Question Bridge and In Search of the Truth are available online.