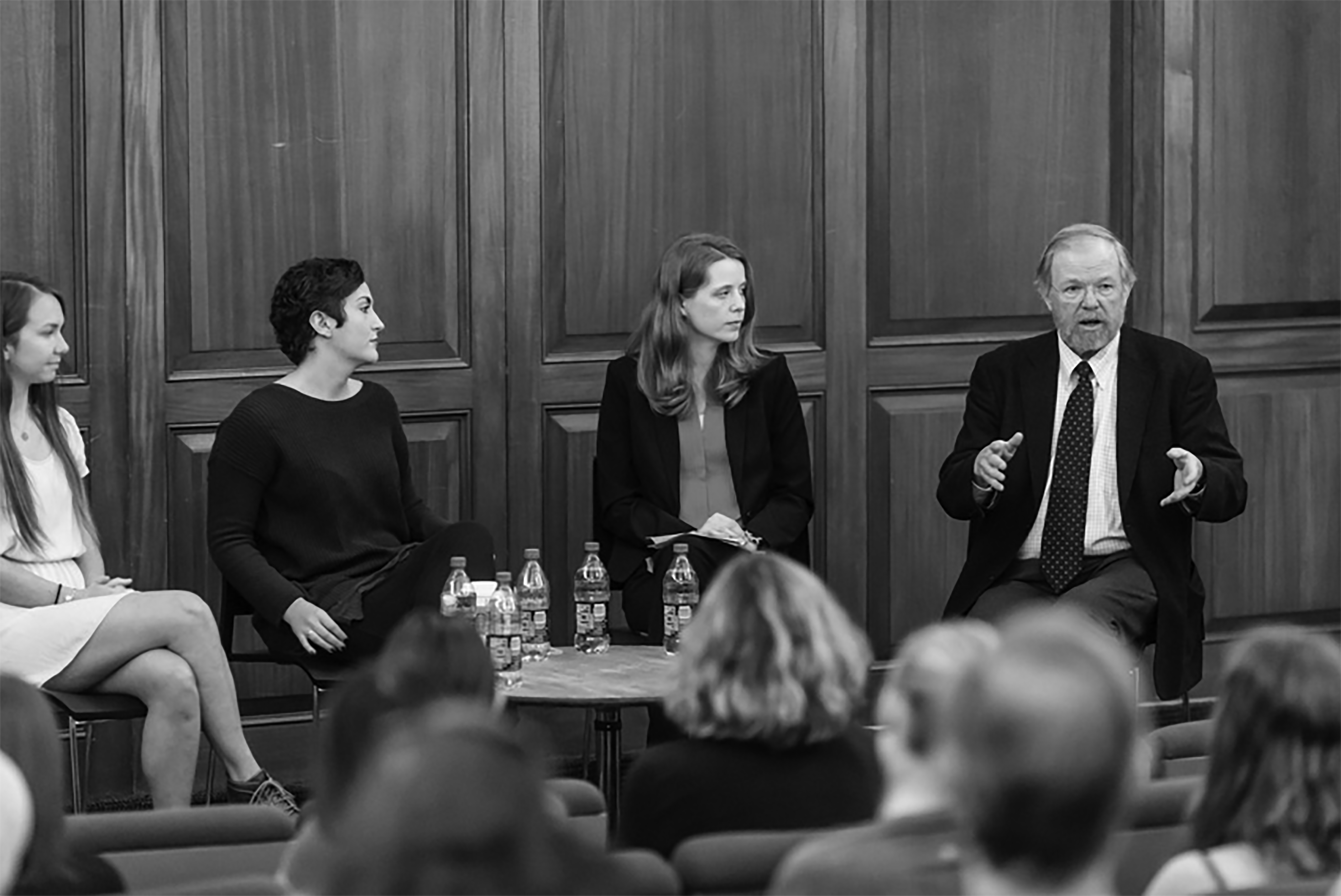 Best-selling author Bill Bryson recently visited the Rollins campus for the Winter Park Institute (WPI) event, Notes from All Over: An Evening with Bill Bryson. He read an assortment of passages from works spanning his career in this reflective talk. Earlier in the afternoon, before the WPI event, there was a student-led Q&A panel.

Between readings, Bryson shared anecdotes from his travels to destinations like Australia, various American locales, and, perhaps most famously, the Appalachian Trail.

“[I] tried and catastrophically failed to hike down the Appalachian Trail with a catastrophically inappropriate hiking companion,” he recalled.
His experiences hiking on this trail inspired the 1998 book A Walk in the Woods, which was recently adapted into a film of the same title.
Though he now lives in London, Bryson grew up in Des Moines, Iowa, in what he described as a “very happy, middle-class family.” His mother worked at the local newspaper, and he attributes his sense of humor to his father—a master of puns.
“Anything I can claim to do with humor comes straight from my dad,” he said.

His latest book, entitled The Road to Little Dribbling, is a sequel to his 1995 book Notes from a Small Island chronicling his travels around England.
“[The first book was] explaining why I’m so fond of the place,” he said. “This past year, in London, my publisher pointed out to me that it had been twenty years since I had done [Notes from a Small Island], so would I be interested in going back and traveling around a bit again and seeing how the country had changed or not? I was a little reluctant but I went off and did some experimental, sort of tentative, traveling and decided that actually, it had changed a lot in twenty years, and that I had probably changed somewhat too, so I agreed to do a sequel.”
A question-and-answer session followed Bryson’s talk, during which he responded to audience questions regarding his writing process and his choice to write nonfiction.

“Every book that involves personal memoirs in some way becomes fiction in the sense that it becomes your story,” he explained. “Anyone else who was there would write a largely different book.”

He also addressed the final result of his adventures on the Appalachian Trail, and his future plans to continue them. “I didn’t [finish hiking the trail], and it remains my greatest regret in life,” he said. “The one thing I want to do is Mt. Katahdin, which is the last summit in Maine. . . . I’ve never even seen Mt. Katahdin, much less walked up it—we didn’t get far enough to do that. So that is the one thing I would really like to do.”
The next WPI guest will be Adam Braun on April 5.