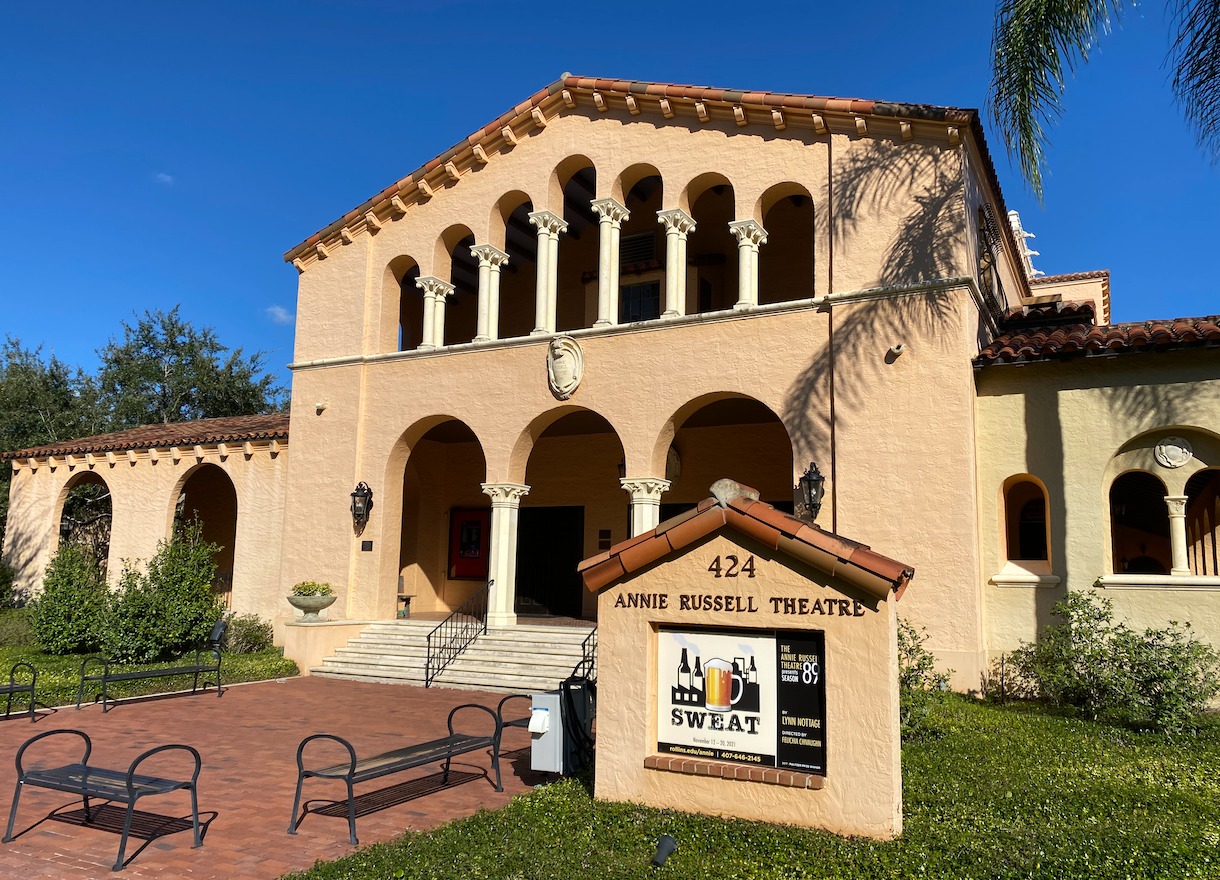 Rollins Second Stage Series continues with ‘Fefu and Her Friends’

The 2021-2022 season of Rollins’ Second Stage Series has continued with its second production and the first of the new semester. The play, directed by Colin Flaumenhaft (‘22), is Fefu and Her Friends.

Originally written by María Irene Fornés in 1977, Fefu tells the story of eight women who spend  a day together. The play stands out for its all-female cast and unique stage setup, which has audiences travel to four different rooms in the main character Fefu’s house during Act 2.

StageAgent described the play as a “feminist exploration of women’s roles and relationships–how they support each other, how they injure each other, and how they can create a community together.”

Rollins Second Stage is a theatre program that works in tandem with the Annie Russell Theatre and is sponsored by the Rollins Players. It is unique in that it features entirely student-run productions. Marina Russell (‘22), who plays Cecilia, said that working with peers is valuable in that it is “just like what we’re going to be doing later in the professional world.”

Josephine Horrell (‘23), who plays the titular character Fefu, agreed with Russell. “I think it’s really cool to be able to work with one of your fellow students as a peer and as a director [and] to see the level of respect that they give us and in turn, we give them,” said Horrell.

When asked about the difference between a Main Stage production and a Second Stage production, Horrell said, “It’s not super different from working with a Main Stage director because you still have that level of professionalism and a lot of times the same level of skill, but you’re also getting to explore along the way and learn alongside them.”

Horrell added, “We’ve just built such a really fun cast who are all really committed to working hard but also love each other.” Russell agreed: “There’s just a great bond with the cast that we created,” she said.

Russell said it was exciting to work with an all-female-identifying cast.

“The whole cast is women and I think that’s really fun to work with a big cast of female-identifying people. It brings a special energy that we don’t always get to work with and there’s just a ground level of respect in the space with all students,” said Russell.

As a student director, Flaumenhaft organized the entire production from start to finish, a job that he said required the cast to adapt to the performance space.

“Lyman as a building is not really built for theater and so a big part of this show and a big part of the process was making everything work so that we could actually do theater,” Flaumenhaft said. “What I think we’ve successfully done is transform the space into a really immersive and impressive set that people walk into … and it becomes this specific place in time that people can just enjoy the show in.”