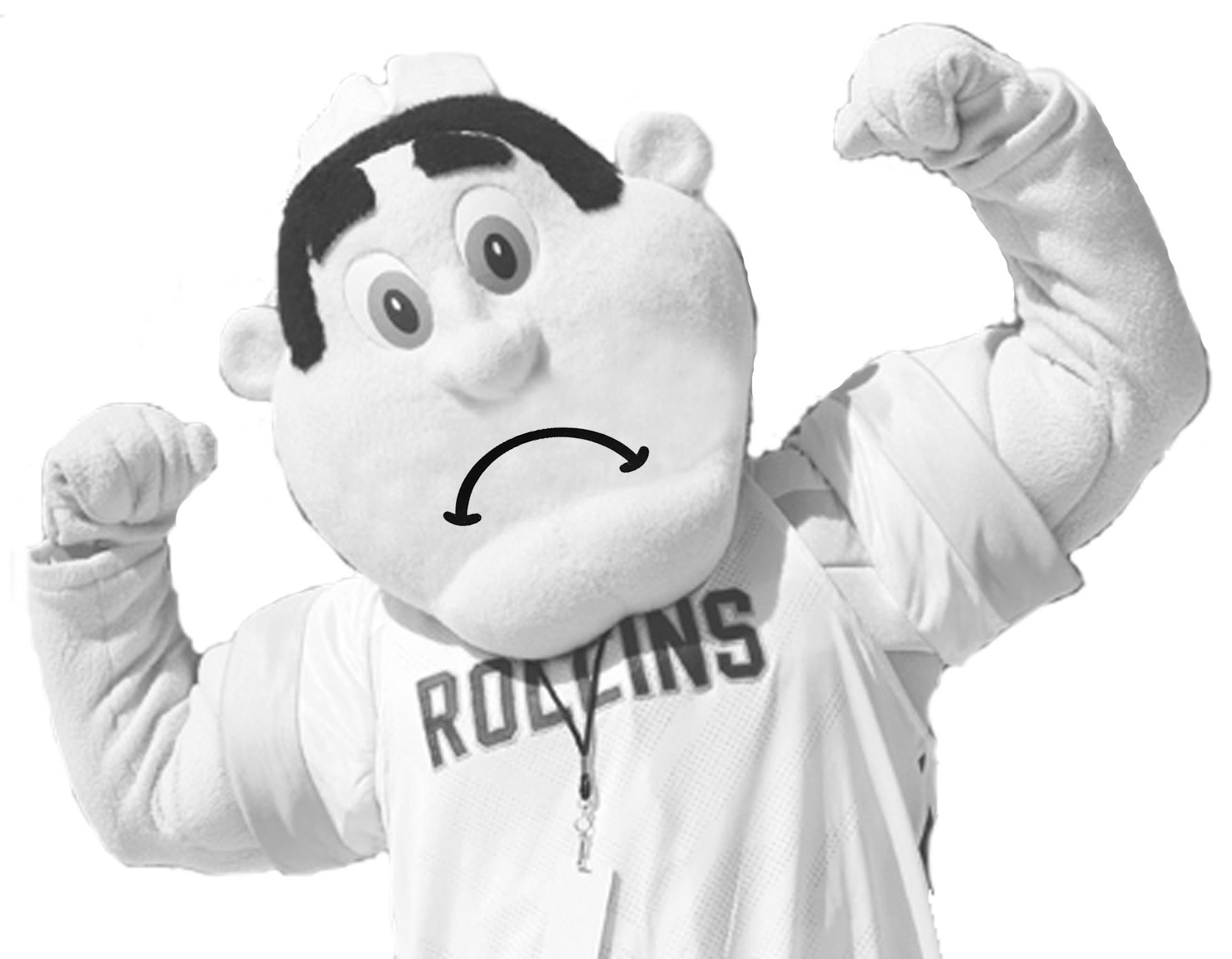 Athletic Apathy and the Lost Art of School Spirit

The fall sports season is almost finished and there have already been many highlights. Due to various reasons, however, most students have been unaware of the success of the Tars. “Most of the time, I just don’t know when and where the games are,” John Schafer ‘13 says. Well, for those who haven’t been following the fall sports teams, you’ve been missing out.

The men’s soccer team (record: 15-3-2) just won back-to-back Sunshine State Conference (SSC) championships and will be competing in the Division II Tournament beginning Thursday. The women’s soccer team (12-4-2) lost in the SSC championship game, but has been ranked in the top-25 for most of the season.

The men’s and women’s golf teams are currently ranked fifteenth and second in Division II respectively, with the women’s team boasting one of the nation’s top freshmen in Annie Dulman ‘16. In cross country, Lauryn Falcone ‘13 became the first Tar to be named SSC Runner of the Year. The water ski team, which has been competing in Division 1 for the past four seasons, finished fifth at the National Championships.

There is one glaring hole in Rollins’ distinguished profile: lack of school spirit.

Of the nine students and athletes that I interviewed, there was a resounding feeling that Rollins does not advertise the events well enough. I have noticed how there is no longer a “Game Tonight” banner outside the gym letting students know that there is an event that night. Last year, these banners were posted the day of basketball and volleyball games. With the amount of students that walk past the gym to and from classes, it only makes sense to have a banner letting people know that there is an event that night.

The lack of advertising has caused championship-winning teams to not get the sort of recognition that they deserve. One absolutely appalling example occurred last semester. The women’s basketball team made it to the Final Four, yet the majority of the student body was unaware. Most schools would hold some sort of victory parade or acknowledgment ceremony, but not last year. Granted, there were signs posted in the cafeteria, but none around campus to my knowledge. The women’s team deserved more coverage and support from the student body; but, due to the lack of advertising and students’ lack of awareness, this did not happen.

Coming from someone whose high school had the greatest amount of school spirit and sense of community that I’ve ever witnessed, here are a few things that worked for us that may work here at Rollins: tailgating, pep rallies and watching parties.

Tailgating occurs at almost every major sporting event, whether collegiate or professional. It gives fans a chance to mingle with each other and “get in the zone” for the occasion. Pep rallies allow various teams to be recognized, while specific events are announced. Often times, the cheerleaders and band help get the crowd energized.

Watching parties (or listening parties for events only broadcasted on the radio) are a great way to stay connected with a team if you’re not able to follow them in-person. Many times schools will broadcast the event in the gymnasium where large numbers of students and fans can watch their team and still feel the connection that is felt when they watch them in-person.

Of the three pre-game events listed, tailgates would attract the most students, which would, in turn, cause more students to attend sporting events. “I’ve long believed that they should have all sports on campus and have active tailgates on Mills Lawn where fraternities and organizations can get dressed up and have people come by and socialize. We have a great campus for tailgating,” Schafer said. Having all sports on campus would make it easier for those students without a means of transportation to attend events. However, due to the size of campus, this is not likely.

“[The school administration] expects everyone to organize everything, and get in trouble if they get caught. Why would we go, when we can just stay at our party and be safe from school punishment?” the senior continued. The administration needs to coordinate with the student-led organizations on how to make the tailgating experience a success.

Maybe it’s the administration, which may need to lessen its restrictions on tailgating. Maybe it’s the sports information directors of each sport, who may need to advertise the events in a more productive way. Maybe it’s the athletes, many of whom need to get involved with campus organizations instead of being around their teammates for the majority of the time.

Or maybe it’s the student body, which may need to be proactive in terms of being informed of the dates of events. Whatever the reason, there needs to be a solution. There is one glaring hole in Rollins’ distinguished profile: lack of school spirit. A few new ideas will change that.