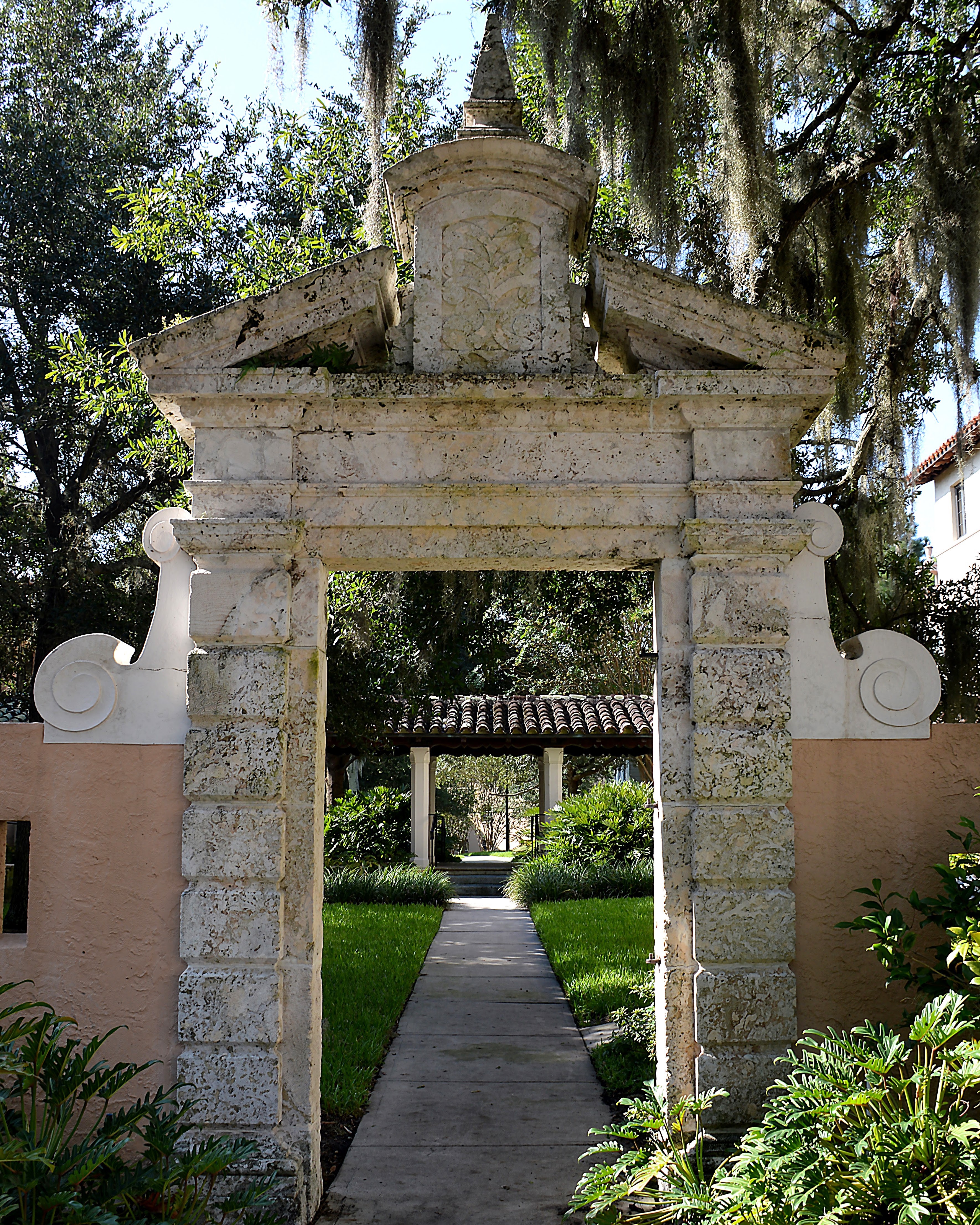 Rollins College was recently ranked the number one most beautiful campus by The Princeton Review’s “Best 380 Colleges.” This is an improvement from number six in the previous year.

“There is no question that having a beautiful campus helps attract new students, faculty, and staff, but I think the attraction runs deeper than surface aesthetics. A college conveys its standards and its commitment to quality through the design and maintenance of its campus,” said President Grant Cornwell. “New students, faculty, and staff want to join a community of high quality and seriousness of purpose. A beautiful campus that is worthy of our mission gives testimony to our vitality as a college of substance.”

But how intentional is our landscape’s maintenance and design, what does it cost, and what are the campus’ plans for improvements?
“If you walk our campus from end to end and start counting and recording the plants you see, you’re going to find, while there is a modest amount of diversity, there is a limited plant palette,” said Scott Bitikofer, Director of Facilities.

The limited types of plants on campus also make maintenance less expensive. Despite its limited plants, the campus includes both non-native plants (Azalea and St. Augustine grass) and native plants.

Dr. Bruce Stephenson, Professor of Environmental Studies, said that, “Since 2009 inroads have been made, native plantings at Rex Beach, the Lake Virginia waterfront, and the Environmental Studies building are a good foundation. Ideally, the college should dedicate a percentage of the campus to natives.”
There is no reclaimed water available in Winter Park for irrigation. The two main sources of water for campus use are Lake Virginia and an aquifer with practically no city water use. The campus wants to start measuring and metering water consumption more tightly this year.

The college’s total budget, a little over $300 million, gives $4 million annually to general campus maintenance. This includes building maintenance and other standard improvements around campus. To maintain the grounds, Rollins employs 18 full-time employees to keep up the landscaping and plants. The annual cost of this ground maintenance is about 1 percent of the college’s budget, or $300,000.

“I’ve been at three different similar sized institutions,” said Jeffrey Eisenbarth, Vice President for Business and Finance and Treasurer. “That four million, I would say, is more than most colleges have. The other two colleges I worked at didn’t have that much.”

The first short-term phase of changes (approved in 2011) has been completed and included improvements like the Alfond Inn, Bush Science Center, and the new Strong Hall. The improvements in this phase of the plan cost $80 million. $30 million came from bond financing, $20 million from gifts, $20 million from cash reserves went to help build the Alfond Inn, and $10 million came from annual capital.

In the next phase of changes the college will update several buildings. The Child Development Center (CDC) will move to the current College Arms building location (diagonally from Strong Hall). Dave’s Boathouse will open in October; this cost around $1.8 million, about $600,000 of which were gifts. There are also plans for a new event center, which will cost about $3.5 million, to replace the current bookstore location. After the soccer stadium’s new turf is placed, the field will be retitled “Multi-Use Sports Complex” and will be open for student recreational use all year. The field, now suiting NCAA requirements for all soccer and lacrosse teams, cost about $2.7 million.

Within the next five years there will be a new residence hall, which will probably be built where the facilities building currently stands. Facilities would be moved to 422 West Fairbanks, an industrial property already owned by Rollins. A new black box theater is in the works, which will cost about $5 million and will go where the CDC is now. Holt Hall will be renovated in the next few years as well, and McKean Hall, due to its size, will be renovated in 3 phases, in the next five years.

In the long term Mills Memorial and Chase Hall might be renovated, and there is a possibility of a new academic building. East and West campus parking garages will also be built on top of existing parking lots to add space. There are also plans in the works to better connect 170 Fairbanks with the rest of campus instead of having it disconnected from the main campus by parking lots.

By 2019, there should be an updated campus master plan to decide Rollins’ direction moving forward.