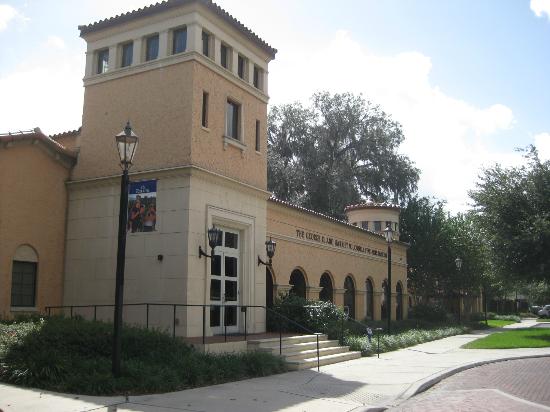 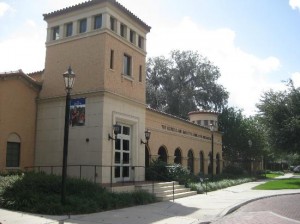 It seems as though Rollins students are apathetic or indifferent about art on campus.

Roger McGuinn, legendary lead guitarist for the Byrds, delivered a talk at Rollins in late March about how folk music got him into the Rock N’ Roll Hall of Fame.
Excited fans flocked to Tiedtke Concert Hall and a hum of anticipatory whispers filled the space. But white hairs dominated the audience. More than 50 percent of the audience were middle-aged community members who discovered the event through sources such as the Orlando Sentinel.
Rollins students sat in the back of Tiedtke, notebooks in hand. They attended for class credit. Music majors are required to attend 15 concerts per semester. The Innovate, Create, Elevate Neighborhood listed the event as extra credit for the Urban Future course.
Students did not go because they wanted to; they went because it was required.
Most arts events on the Rollins campus—whether theater, music, museum events, or visiting speakers—are heavily attended by community members. These residents of Winter Park usually attend the events because they are close, they are normally inexpensive, and they provide a cultured experience outside the home.
Annie Russell Box Office Marketing Director Chelsea Hilend suggested that some shows are popular with students and some are not.
“For our most recent show, Machinal, we filled exactly 1,600 seats over eight performances,” said Hilend. “770 of those tickets were ‘comps.’ Most of those comps would have been students, with perhaps 10% going to press or family and friends of our cast and crew.”
Hilend says that those numbers are reflective of Annie Russell’s average, with slightly higher on-campus representation in the audience because the topic of Machinal was appealing to a wider audience.
When students were asked, most stated that they rarely attend events on campus. Many blamed scheduling, while others were simply uninterested in the events.
“The only events I ever went to were Winter With the Writers and some guest readings,” said Nicole Blanton ’13.
Blanton wishes she could have attended more events, but many of them clashed with her Holt class schedule.
Similarly, Gonzalo Loayza ’15 attended maybe one theater event during his time at Rollins in addition to Winter With the Writers. Like Blanton, Loayza found that most events were in conflict with his Holt schedule.
Erin Wagoner ’14 attended a plethora of events at Rollins but most of them were a requirement for her music major. Wagoner thinks that Rollins events outside of the music department are poorly advertised, which could be the reason why so few Rollins students attend guest speaker or museum events.
Almost all students said that at the end of the day they just want to relax. They do this by getting away from the bustle of campus life and venturing off campus for events.
It is not that Rollins students are apathetic about the arts on campus, even though they may act like it. Several students suggested ways to help the student attendance at arts events on campus grow.
“They should take a poll and ask what’s a good time to have an event,” said Alexandra Philco ’17, an A&S student.
“It has to spark my interest,” said Holt student Crystal Salvi ’15.
Austin Meehan ’15 suggested bringing more celebrities on campus as guest speakers or performing artists.
It sounds like Rollins events may need to listen to both A&S and Holt students and offer a larger variety of events at various times. Not only should this help grow the event’s general audience, but hopefully it will entice and invite Rollins students as well.