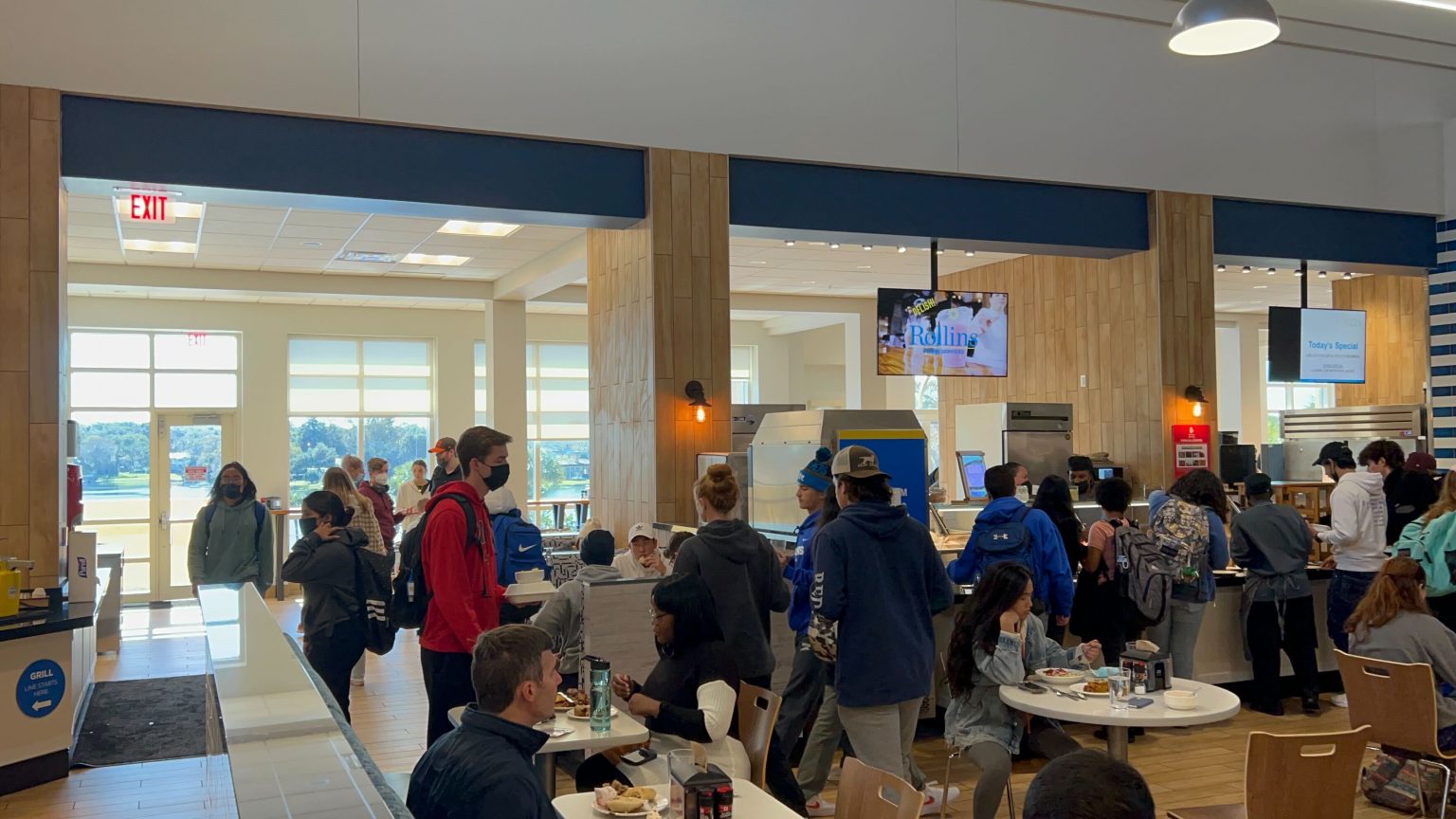 Now more than ever, sustainability on campus has been a topic of concern.

According to Rollins Sustainability, recycling trial programs are being implemented within many residence halls to try and combat landfill waste. Additionally, single-use utensils have been updated to an eco-friendly, disposable model that degrades much quicker than regular plastic.

The largest waste problem at the college, however, comes from a surprising source: missing plates and cutlery.

When students eat inside the Campus Center, metal forks or spoons and reusable dishes are not meant to leave the building. While in the past many students would break this rule and bring items back quietly, there has been a marked increase in the amount of items that are not returned.

Director of Dining Services Christina Cabanilla stated that the amount of missing chinaware and utensils has risen rapidly in the last few years.

“If a student takes a dish out of the dining hall, we don’t know if that is going to come back,” said Cabanilla. “[Staff are] not trying to police people, but it’s too big of an issue now.”

According to Cabanilla, money spent on dining ware has nearly tripled over the past three years, reaching approximately $200,000 in this most recent year because of “increased turnover.” This cost covers both chinaware and reusable OZZI containers. One small porcelain serving bowl, for context, currently costs $8 to replace.

With the college welcoming the largest Freshman class in its history this year, the situation is of paramount concern for dining staff.

“It’s not just a cost issue,” Cabanilla added. “Think of how many centuries one of those glass or plastic containers is going to stay in a landfill somewhere.”

In addition to chinaware, plastic waste has also been an issue due to misconceptions about the OZZI program. According to Associate Vice President for Finance Bill Short, such misconceptions are a driving force behind the waste problem.

“I’ve had not just students but faculty tell me, ‘I can’t afford to spend $6 a day on an OZZI container just to eat outside the dining hall,’” Short stated, “not realizing that the $6 covers repeated use of the machine.”

OZZI machines provide students with a reusable plastic takeout container that can be taken on the go. The trade-in, trade-out system works as follows: students pay a one-time fee, fill up the container with anything in the dining hall, and then return their unwashed box to the machine. Afterwards, the machine dispenses a metal token that can then be redeemed for a clean container at the register.

“We want students to think of it as if they are enrolling in and participating in a program,” said Dining Services Marketing Director Carolina Ossa. “They have the ability to help promote sustainability on campus.”

Participation in the program is $6 and includes repeated use of the container system. The $6 cost reflects what Short calls “the wholesale price of purchasing the container,” indicating that they are not sold for profit.

OZZI machines are located in the entrance to the Campus Center. If students see any loose dishes or cutlery laying around campus, they are encouraged to return them to the dining hall.