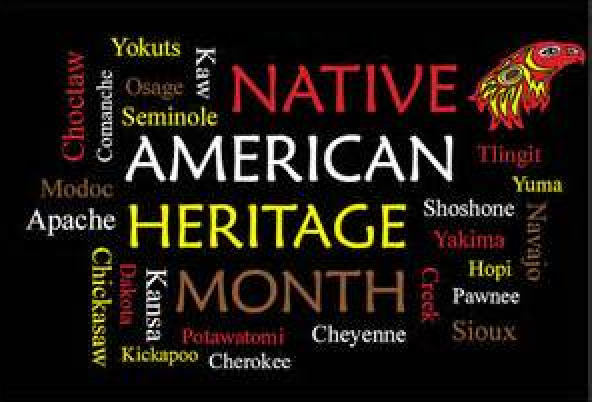 November is Native American Heritage month, and in Central Florida there is no shortage of ways to celebrate the region’s pre-Columbian occupation. The month of November has been a celebration of America’s native peoples since George H.W. Bush approved a joint resolution to designate it such in 1990. Every year since, the presidential administration has released similar proclamations under a variety of names. This year the White House released an announcement proclaiming, “November 2017 as National Native American Heritage Month. [President Trump] call[s] upon all Americans to commemorate this month with appropriate programs and activities and to celebrate November 25, 2017, as Native American Heritage Day.”

On campus, the Rollins Center for Inclusion and Campus Involvement’s monthly book club is reading Killers of the Flower Moon, a narrative nonfiction book detailing a series of murders carried out on the Osage Indian Nation of Oklahoma in 1920. At the time, the members of the Osage Nation were the wealthiest people on earth per capita due to oil discovered under their land.

Being home to a host of native peoples, there are a number of outdoor sights to visit to in Central Florida as well. Hontoon Island State Park, a little more than an hour from campus, hosts many remains of the state’s native heritage. According to the Trail of Florida’s Indian Heritage website, “In the middle of the St. Johns River, 2,000-year-old shell midden mounds are found along the shoreline and in the interior of Hontoon Island. Intricately carved wooden animal effigies have been recovered from these midden mounds. Trails through the island park take visitors past these ancient remains, and replicas of the animal effigies are on display in the picnic and playground area.” This park provides an opportunity to directly interact with the remains of the Mayaca tribe, and stand directly atop an ancient shell mound.

An hour to the east in Cocoa, The Brevard Museum of History and Natural Science provides the public with the opportunity to look upon a variety of Native American artifacts. Among these is a reconstruction of the Windover Archaeological Site, one of the most significant and well preserved Native American burial sites known to contemporary archaeology.

Saturday, Nov. 18, De Leon Springs State Park is hosting “Dig and Discover: Archaeology for Kids” where families will be able to participate in the excavation of mock artifacts, in addition to seeing real artifacts discovered on Hontoon Island. That same day, the park will be hosting “Dugout Canoes: Paddling Through History,” where visitors can see the two oldest dugout canoes discovered in the western hemisphere. Visitors will get to see how important water travel was for the region’s native Americans, in addition to demonstrations on the canoes’ creation.

Nov. 25, De Leon Springs will be hosting “Pottery: Pieces of the Ancient World.” There, visitors will be able to look at shards produced by the Mayaca tribe. The event will explain the different methods used in the creation of the pottery, and give visitors a chance to create their own pot out of clay.