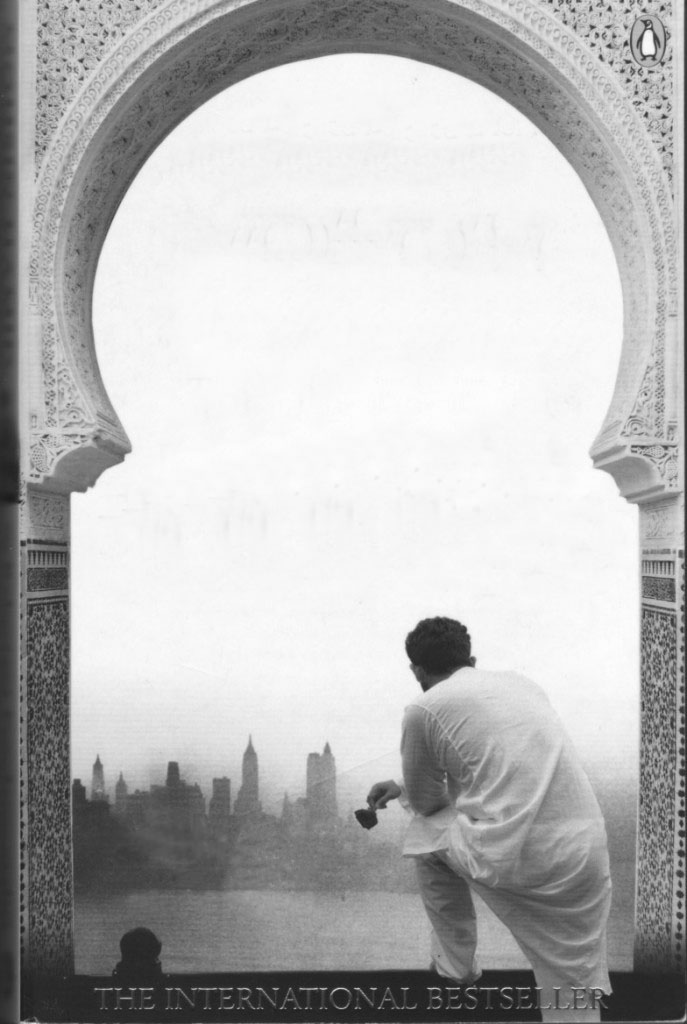 Changez for the Worse

It is no surprise that the incoming freshman class would be assigned a book that is as culturally diverse as the school of which they chose to attend. The Reluctant Fundamentalist by Mohsin Hamid draws the audience into the conversational dialogue of a Pakistani man in a café while the readers (in this case the class of 2017) take on the persona of an unnamed American man. Reminiscent of the opening scene of Aladdin, a Middle Eastern background unfolds and a sketchy man asks if he can talk to you. He seems pushy at first, but for the next twenty pages you can not turn away.

The sketchy man named Changez (a name that no one has figured out how to pronounce, although I am told it sounds like Shawn-Jay) describes his normal experience in America. You know, the one where you go to Princeton and get an internship at one of the biggest New York valuation firms straight out of undergrad. Changez (Insert C-Money or the somewhat obvious Changes if you prefer) has certainly achieved the American dream and beyond. However, living in New York City in the wake of the September eleventh terrorist attacks, Changez changes.

I didn’t enjoy this book. He rambels and he didn’t talk about Islam that much, which I thought was the point, and if you don’t like getting all of the information, this is the book for you.  – Chris McManus

Seventy-two pages in, and the book shifts from a coming of age story to just plain weird. Changez’s reaction to the 9/11 attacks is to smile, but tries to play it off as if he really enjoys the symbolism of the attacks-as if that’s a better excuse. Sly remarks of the American culture are subtle, but strongly intertwined into the conversation for the rest of book. It was hard to ignore and quite honestly, it left me angry. I understand the need to look through the eyes of another person or culture, especially in preparation for higher education, but Changez goes too far. He bashes America for being “self-righteous,” and is wrong to band together and show support for the loss of those involved in the attacks.
If the plot is not already thick with the confused questioning of his reaction to the attacks, Changez is found in a cliché courtship of an Upper East Sider named Erica. Even more cliché is Erica’s scarred past and elevated class status. After the couple’s first sexual encounter goes south, Changez decides to “get some” by asking Erica to pretend he is her dead boyfriend. If that isn’t messed up then I don’t know what is. Changez’s proposal is successful, but he sends Erica into a downward spiral involving rehab and plausible suicide. By the way, for those that still haven’t figured it out yet-Erica is short for America. The unclever metaphor adds to the cringe factor as Changez takes from both America and Erica selfishly. Eventually Changez quits his job and returns to Pakistan.

It was an engaging read which shed a new light on American involvement overseas. – Itunnu Awogbade

Muddled by the coming of age anecdotes, Hamid’s novel fails to fully address and explore the reason for Changez’s feelings about America. The emotional aspect is stung too thin between the courtship and job. Hamid certainly went in the right direction by trying to make Americans experience the other side of the story for people like Changez. However, he failed to understand or address our side on a deep level. He only surfaces the matter at hand. Hamid leaves the story with an abrupt and unsatisfied ending, and I was shocked by the outcome I determined. Maybe Hamid produced a redeeming feature after all. The readers will certainly think about themselves at the end of the book, and maybe that’s all we need.