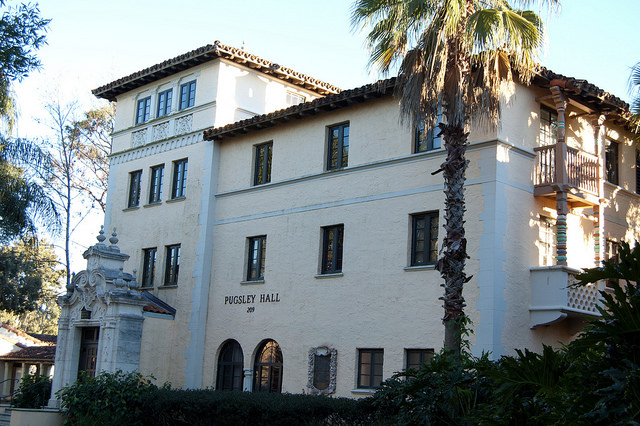 Campus safety and emergency personnel concluded that the flooding in Pugsley Hall a couple of weeks ago was not due to a system malfunction.

The general report by the Department of Campus Safety states that upon completion of the investigation by the Winter Park Fire Department, the sprinkler head in the room of Rafael De Osma ‘20 and Joaquin Angulo ‘19 was broken by a clothes hanger, which was hung on the sprinkler head.

Assistant Vice President of Public Safety Ken Miller made it clear this was not a malfunction of the Rollins emergency operating systems.

“We put a lot of time and money into ensuring our emergency operating life safety systems run properly. We have a high degree of confidence in our systems because of our inspection and testing process,” said Miller.

The incident occurred on Sept. 22 at 11:02 p.m., immediately notifying emergency personnel that the fire alarm and sprinkler system of Pugsley had been activated. The fire department arrived at 11:08 p.m. The report states that upon entering the room they discovered the sprinkler was set off by a clothes hanger.

Firemen found a piece of hanger stuck inside the sprinkler head and the rest of the hanger, along with the black t-shirt hanging on it, was found on the ground beneath the sprinkler. This was eventually determined to be the residents’ property. However, both De Osma and Angulo deny ever placing the hanger on the sprinkler. The report states they suggested that perhaps someone entered their room from the balcony and placed the hanger there.

In the original article titled “Pugsley Soaked” in Issue 3 of Volume 124 of The Sandspur, De Osma suggested that when he had entered his room the door hit the sprinkler and caused the flooding, because the sprinkler was already slightly detached from the ceiling.

Miller and personnel tested this theory the day after the incident by measuring the distance between the sprinkler head and the door when opened.

Operations Coordinator, Fernando Rodriguez, was able to fit two fingers comfortably within the space between the head and the door. Even when Miller pulled on the T-pipe, which connects to the sprinkler, the distance between the door and the sprinkler did not change.

“The last thing we want is for parents or students to lose confidence in Campus Safety or any life safety system,” said Miller.

If students have any questions or concerns regarding the state of their emergency systems, they are welcome to reach out to campus safety. Until then, Rollins wants to remind students not to hang anything on, or attempt to mess with, the fire sprinklers in their residence halls.