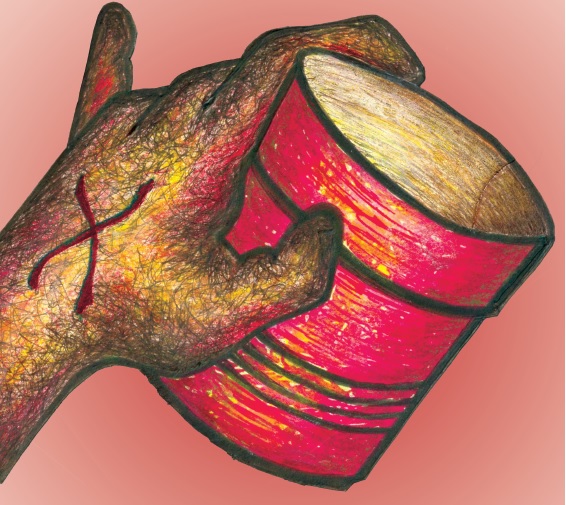 “Our mission is to aid men in their mental, moral, and social development for life… and also use color coordination to drug local campus women so we can get laid.”

This might as well be added into the Tau Kappa Epsilon Fraternity mission statement, at least for the Zeta-Zeta chapter of the University of Wisconsin-Milwaukee who is currently under aggressive investigation. On the night of September 12, four students attending the University of Wisconsin-Milwaukee were hospitalized after experiencing a “strange feeling” before blacking out, unable to walk and vomiting profusely.

The three women hospitalized were found to have had red Xs marked on their hands. The male was marked with a black X, but claimed to have taken a sip from his friend’s drink who had been marked with red.

President of the fraternity Thomas Kreinbring was charged September 19 for possession of a prescription drug without a valid prescription, keeping a drug house, and other charges.

UWM issued a statement to WISN 12 News regarding the date rape scandal September 18. It reads in part, “We are deeply concerned about these allegations because the safety of our students is our No. 1 priority. UWM police are aggressively pursuing this investigation to determine exactly what happened and who may be involved.”

At what point will this aspect of fraternity culture no longer occur? Clearly, branding young women like animals is not the breaking point. Unfortunately, the not at all stupidly named “Zeta-Zeta” chapter is a real fraternity undoing the hard work that the Greek community across the United States has done to dispel the unflattering image and reputation of fraternities.

The purpose of a fraternity is to provide an opportunity for young men to get involved with their respective college campuses, and is a great tool that universities can employ to ensure a decent retention rate. However, when the fraternity is clouded with certain sexist ideas of what makes a “frat” respectable and cool on campus, all hell can break loose.

Perhaps this often illegal aspect of fraternity culture can be fixed with a short how-to class entitled: How-to Not be  a Rapist. Lesson 1: Do not mark a girl for premeditated date rape as casually as you would purchase a Brooks Brothers bow tie.

A universally accepted goal of fraternities is to be able to “get” the hottest specimens of young women on campus as well as fostering an incestual brother/sister relationship with the “hottest” sorority on campus. If fraternities were to shift their archaic views toward how they view the opposite sex and to not so frantically look for sex in the same manner an addict looks for their next fix, campuses nationwide would be much safer.