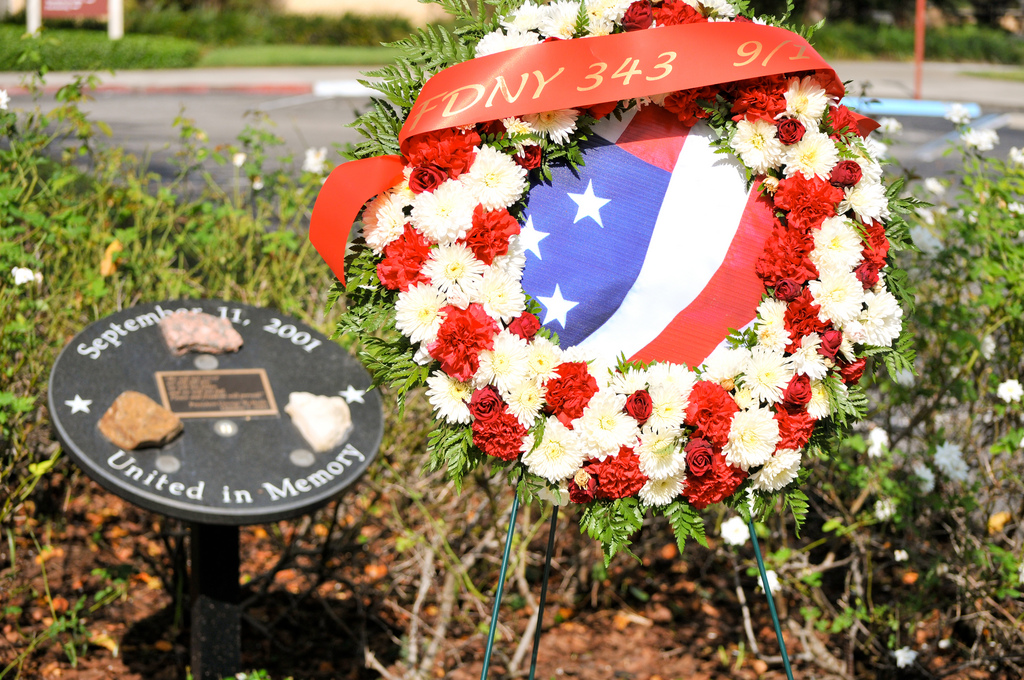 It was in orchestra class when Jono Lee learned American Airlines flight 11 struck the north tower. His teacher turned on the TV so Lee and his classmates in California could see what was happening on the other side of the country. Lee, 13 years old at the time, remembers the images of the towers burning and people jumping, noting that they almost seemed “fake.” On the 16th anniversary of the attacks, Lee—now 29—says he did not fully understand the serious nature of what had happened when he was younger.

September 11, 2001 has become a part of collective memory in the United States. Since at least 2013, Rollins has commemorated the day with “Remembering 9/11,” a time for the community to gather in silence and remember the victims, survivors, and first responders.

Rollins could not recognize 9/11 this year due to the devastation of Hurricane Irma. The Sandspur, which usually publishes an article in remembrance, devoted that week’s issue to covering the community’s recovery from the storm.

To describe the impact of 9/11 is to attempt the impossible. It touched and continues to touch all of our lives, whether we remember it or not. Some of us may know people who bought tickets for one of the hijacked planes, but missed their flight. Others may know people who worked in the World Trade Center or the Pentagon.

The Head of Archives and Special Collections at Rollins, Wenxian Zhang, highlights the close connection of our college with the day’s events. Rollins alumni Tony Wilner ’82 and Manny Papir ’89 donated stone markers from the three crash sites—the World Trade Center, the Pentagon, and Shanksville, Penn.—which eventually were incorporated into the 9/11 Memorial next to the Veteran’s Memorial. Wilner had been working for the Defense Intelligence Agency at the Pentagon, and Papir for Mayor Giuliani as Deputy Chief of Staff. In their own way, these alumni helped make something new out of what was broken, bringing together bits of memory that may have otherwise been forgotten.

While not a Rollins alum, Billy Collins of the Winter Park Institute was the U.S. Poet Laureate from 2001–2003. For the first anniversary of the attacks, Collins wrote “The Names,” a poem that remembers the victims of that day. He moves through the alphabet from A to Z, finding from the long list of names one for every letter—except X. “Let X stand, if it can, for the ones unfound,” Collins says.

Remembering 9/11 brings with it sadness. Many lives were lost, and people old enough now divide their world into two periods—pre- and post-9/11.

As we move forward in time, the world sees more and more people who have known only a post-9/11 world. We should always remember, even if we never have known, because some things are too important to forget.