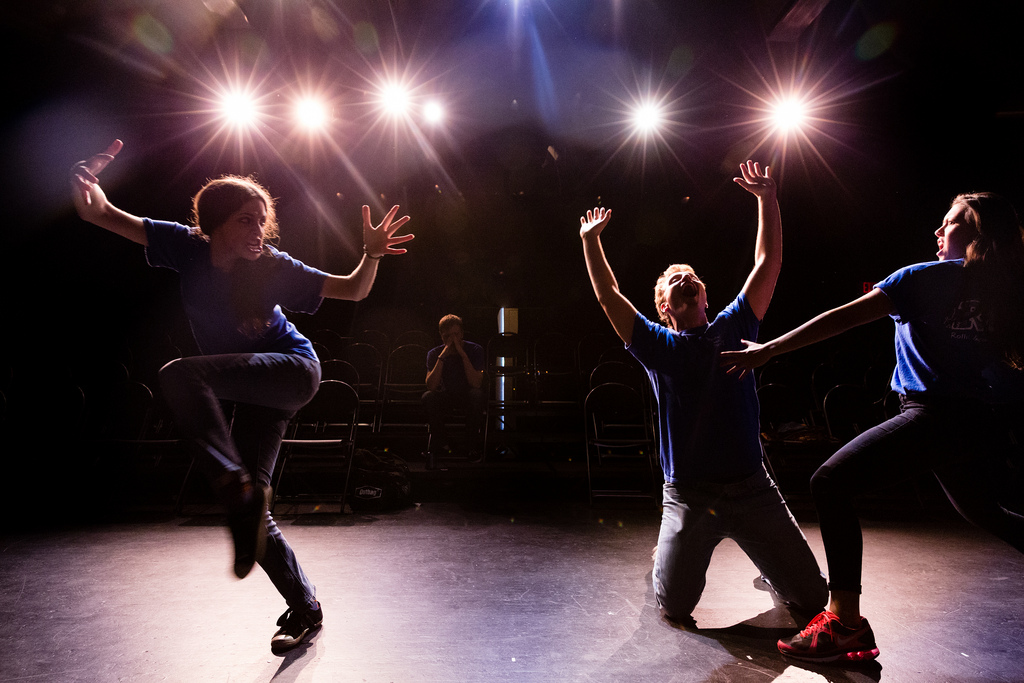 ‘Coming Out’ on Stage

On Sunday, September 29 at 8pm, Rollins Improv Players, or RIP, put on a uniquely resonant showing – Amando Diaz: The “R” Project. Sponsored by the on-campus organization, Spectrum, this performance had a theme with which I am all too familiar: sexual orientation and the “coming out” process.

Hosted in our own Fred Stone theatre, the show was inspired by The Laramie Project: 10 Years Later. This theatrical production and its predecessor from 2000, the original Laramie Project, are based on the murder of the gay University of Wyoming student, Matthew Shepard, which took place in the city of Laramie, Wyoming during 1998.

Seated in the front row, I was in the position for a prime viewing of this memorable RIP presentation. A series of monologues by senior studio art major and theatre minor, Grace Loescher, were followed by segments of improvised acting by fellow members of the Rollins ensemble. The monologues detailed significant and noteworthy moments in Loescher’s life, recounting instances such as the time she came out to her brother in a dirty booth at an everyday diner to a memory from last year when she was removed from a leadership position for her Bible Study group.

The spontaneous acts preceding Grace’s personal speeches ranged from laugh-out-loud, satirical humor to dishearteningly relatable realism. Each player was quick on their feet to embody various personas – putting on accents, personifying inanimate objects, and keeping the material relevant to the topic at hand. While jokes and hilarity played a requisite role in maintaining attention from their audience, it was the actors’ abilities to convey raw human emotions that pertain to contemporary LGBT issues which caused the show to resonate so strongly with me.

When walking away from the performance, what I admired most about it was Loescher’s intrinsic, authentic and courageous capacity to stand before a fully packed theatre while confessing her most evocative experiences as an “out” and proud gay woman. When dealing with entertainers, the expectation is of illusion, deception, and make-believe. But all Loescher had to offer her audience was validation as a person overcoming oppression, the devout honesty of a passionate being and legitimacy as a performing artist who’s drawn on real-life instances.

If you have never been to a RIP show, you are doing yourself a disservice. The talent and diversity found amongst members of this affiliated group leave a lasting impression long after a hypothetical curtain descends upon their stage. I highly recommend you drop in on any one of their upcoming shows on the 23rd, 31st.