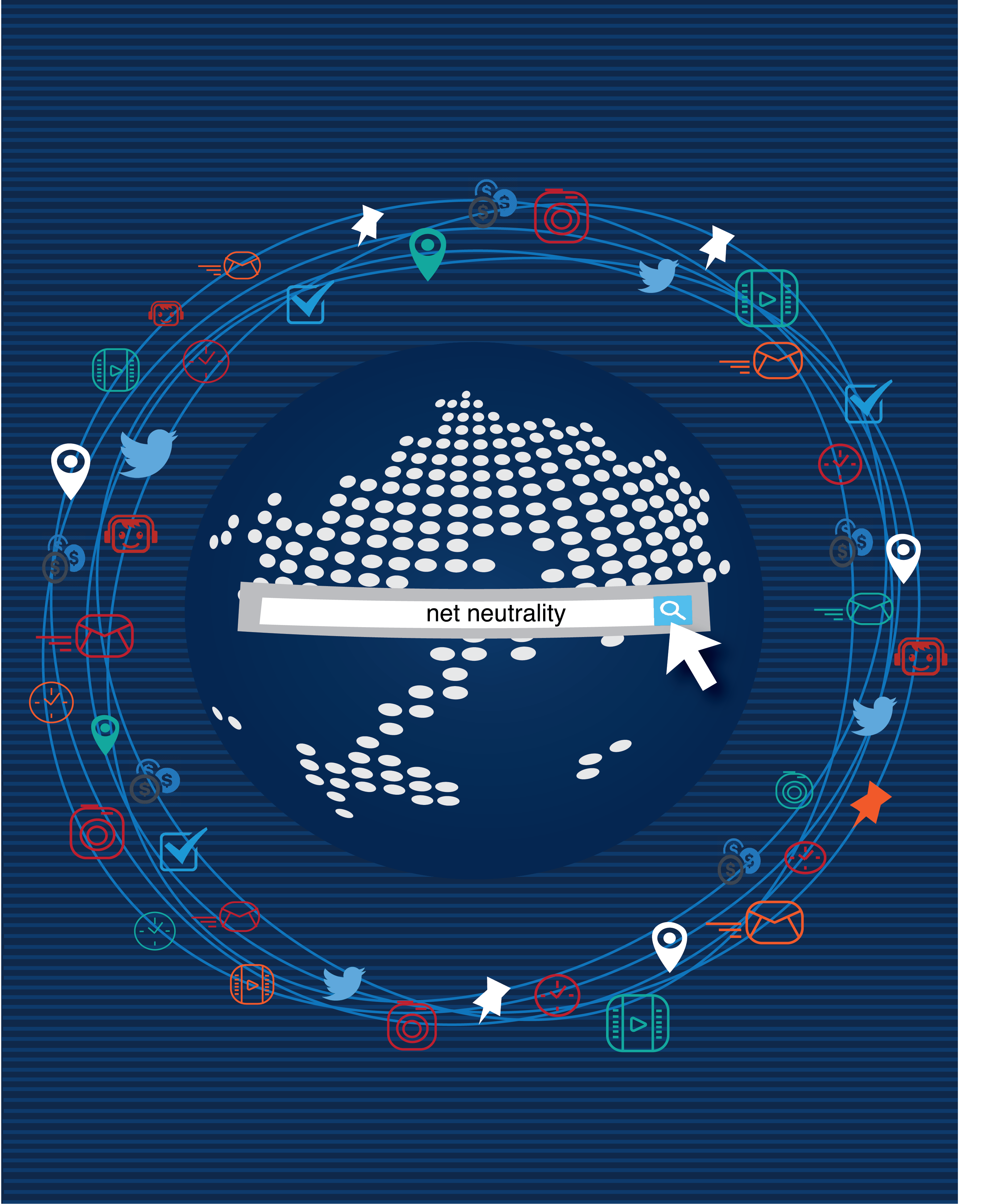 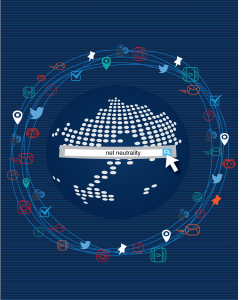 Dr. Brian Klocke, fluent in the issue and in social justice aspects surrounding net neutrality, defines it as “the principle that the internet should be free and open to all people as in its most basic form.” The reason why net neutrality was in danger stemmed from the possibility that large companies—such as AT&T, Verizon, Comcast, and Time Warner Cable—could legally regulate the internet into fast and slow lanes.
This control by large companies could have negatively affected domain access since some sites could have become obsolete. It could have also degraded the quality of the internet by affecting speed, quality, and even pixilation. One of the larger issues, however, was the possibility of limiting free speech.
Whether through mobile devices or laptops, the ability to create these slow and fast lanes “regulates the speed of the access and even the content of the access that people have, [while being able] to charge different rates,” says Klocke. This would entail “one internet or option for large corporations that can pay more for it and another—perhaps slower—internet, with fewer options for the rest of us: small businesses, or individual citizens,” says Klocke.
The issue of net neutrality affects everybody. Net neutrality is so important that for the last 10 years activists have been fighting for an open and free internet, trying to avoid the creation of an excluding World Wide Web.
Net neutrality falls under Title II. Klocke says that Title II is “under a much stronger regulatory authority that the FCC has and in part why the FCC was set up.” The larger companies opposing net neutrality were fighting against this trend. The FCC has gone back and forth on the issue, while President Obama recently said that he himself is now in support of net neutrality.
Net neutrality was once a call to action, demanding that people call and influence legislators, advocating the importance of the issue. While pressure concerning this issue has been building up during the last few months, on February 26 it was announced that the FCC approved net neutrality rules.
For now, the FCC approved the policy by a 3-2 vote. FCC Chairman Tom Wheeler voted in favor of net neutrality. The policy passed for mobile devices as well. Eventually, another bill could be introduced to challenge net neutrality.