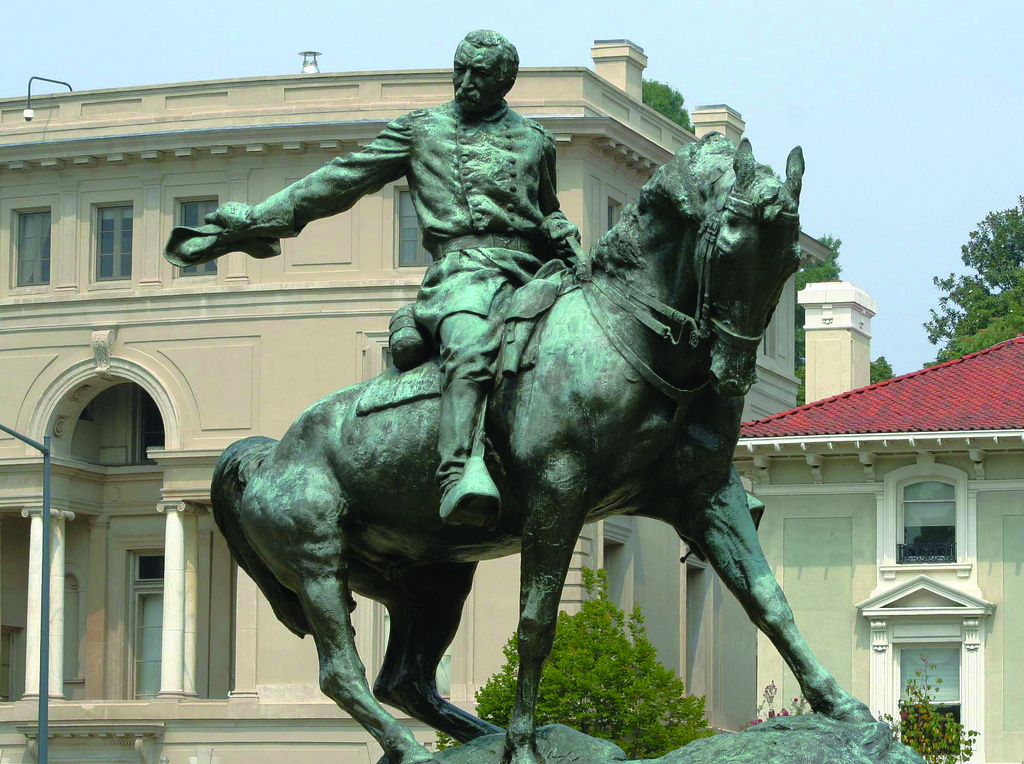 Should all Confederate statues be taken down?

In June, 2016, a Confederate statue of Johnny Reb was removed from Lake Eola Park in Orlando, Florida. Like many similar incidents its removal has caused quite the community discourse, from heated debates to less-than-peaceful protests. Many point to these nationwide conflicts as one of the sources of the public racial divide America faces today, and while I agree that those who sought to keep a whole group of people as slaves due to the color of their skin should not be glorified, we need to be careful with how we handle what are truly relics of history, albeit gruesome ones.

First things first, I want to focus on the statue in Lake Eola Park, which was the statue of Johnny Reb, or Johnny Rebel. The most important piece of information is Johnny Reb himself. He was not some random Confederate soldier. He was, and still is, a symbol of the Confederacy, a personification of the Southern states during that time period. Rivaling him was Billy Yank, a symbol of the Union, a personification of the Northern states. This establishes an important fact: Johnny Reb was not a real person, instead a vague representation of all Confederate soldiers during the time of the Civil War.

How does this information make Johnny Reb any different from the other statues that have been taken down, or even the ones left standing? Well, Johnny Reb was not a soldier following orders. He was not someone who died believing that they were dying for a country they loved. He is a symbol of everything the Confederacy stood for. Freedom to use whatever form of labor they pleased (which many Southern farms literally relied on), and yes, for many, white supremacy was high on their list of priorities. Let us not forget, however, that this was nearly a nationwide value at the time. Even Abraham Lincoln himself wanted to move all of the freed slaves to their own separate nation in Liberia after the war. He did not even want them in the United States, so the Union was not wholly innocent here.

In the case of Johnny Reb, I believe the right call was made to move his statue to a graveyard. The Civil War was bloody and terrible, resulting in far too many unnecessary deaths. Glorifying it in any way, shape, or form is distasteful. However, censorship of the events that transpired is arguably just as distasteful as its glorification, so making Johnny Reb and those like him publicly accessible is key.

There are plenty of other statues that show real soldiers from that conflict. As much as some people do not like it, those soldiers are a part of our American history. The creation of the statues themselves holds great historical value, and it is an incredible waste to destroy or isolate such relics from over a century ago.

History that is destroyed or isolated is inevitably forgotten, and history that is forgotten is doomed to be repeated. I am sure that everyone reading this agrees that something akin to the Civil War is something no one wants to repeat.

Then what should be done with the statues? I think the best thing would be to move them but not to keep them in some warehouse or have them destroyed. These statues need to stay intact and to be taken care of, and local historical museums are the perfect place for that. This way, the history remains, but it is no longer glorified as the town centerpiece. If someone wishes to expose themselves to the history of the Civil War, students are required to go by a teacher, or parents wish to educate their children, then all the history they could ever absorb would be standing right in front of them. People who do not wish to see the Confederate statues do not have to, but I personally would never recommend censoring yourself to history. It is far too important, and thus why it needs to be so carefully preserved, appreciated, and most importantly, learned from.

EDIT 9/25/17 6:30p.m. A publication error was made resulting in the first paragraph of this article being omitted—this error has since been rectified.