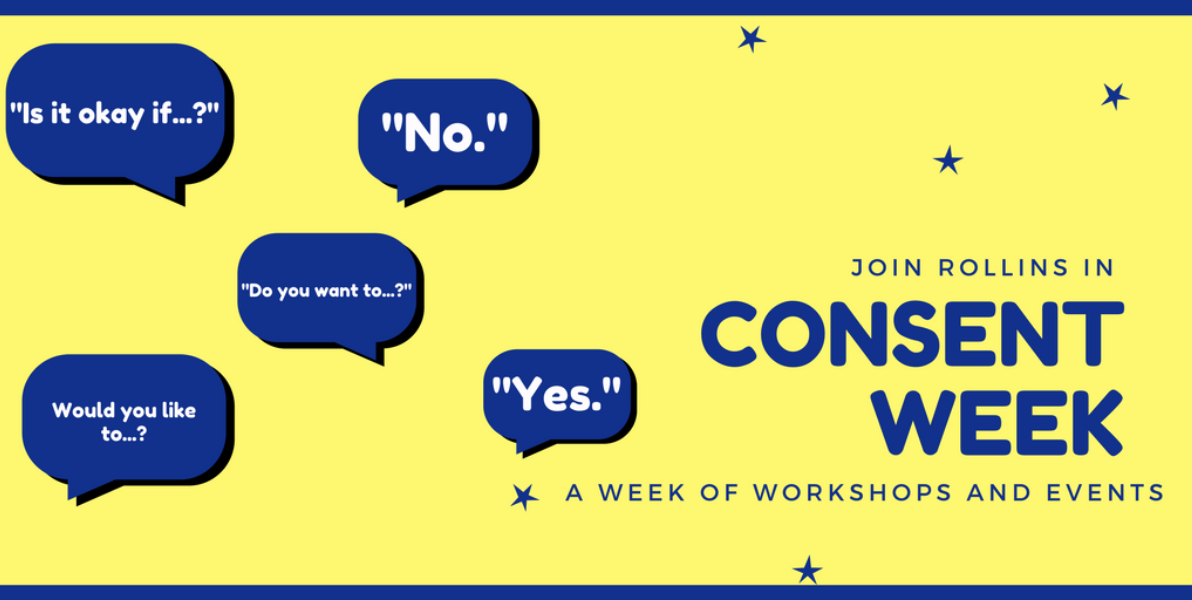 While Rollins puts forth their best effort in teaching and discussing consent, more could be done to ensure that consent is defined more clearly and a target audience is reached.

Last week during common hour staff and students tabled outside the campus center, and distributed flyers on the definition of consent as well as brochures containing the laws regarding Title IX. In addition, a discussion was held on the evening of Sept. 27 to address the meaning of consent. I attended the discussion and I was disappointed with the attendance not because the group was small, but because there was only one man in a sea of other students in attendance.

Of all juvenile victims, 82 percent are female and 90 percent of adult rape victims in general are female reports RAINN (Rape, Abuse, and Incest National Network), which is the largest anti-sexual violence organization in the U.S. With that being said, “nearly 99 percent of sex offenders in single-victim incidents were male and 6 in 10 were white” according to University of Michigan’s Sexual Assault Prevention and Awareness Center. It is clear that male attendance should have been higher in order for this event to effectively get the point across to the general student population.

On top of that, this event was poorly advertised. I recall only receiving two emails about the event, and we all know how Rollins students treat their emails. This event could have and should have been publicized by various professors or even sent in a campus-wide email from the President, because it is that important of an issue and deserves that attention.

Lastly, this should have been a required event for sports teams and RCC classes. It is especially important for first year students to attend these events because they are still exploring their new found freedoms as college students. The first semester, specifically the first six to eight weeks, of a college student’s life is when they are most vulnerable to crimes such as sexual assault because of peer pressure and a lack of guidance from parents and school staff.

Overall, Rollins puts forth a strong effort to make students aware of sexual assault and the dangers associated with it, but the real problem lies in the population of students who it is marketed to. A first-year student will not attend an event like this if it is not mandatory, therefore losing the most important targeted audience.