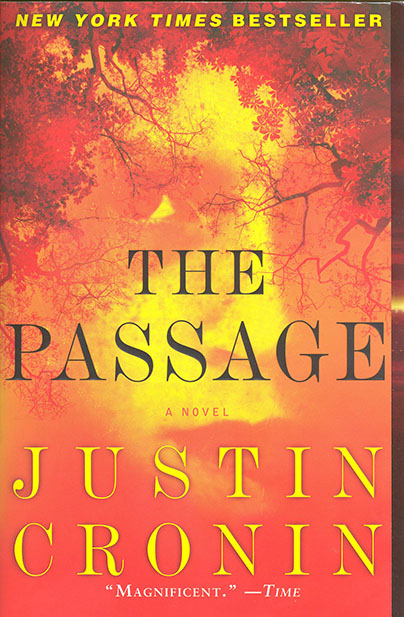 Rollins’ “Winter with the Writers” program is a tradition rooted within the history of the college. Beginning in 1927, the festival has welcomed hundreds of established writers over the past 87 years. Rollins College is one of the only colleges in the country to hold a literary festival of this caliber.

Every year, four or five writers visit Rollins to teach a master class to a select group of students aspiring to learn the craft of writing. In addition, the writer gives a reading and a book signing. This year’s featured writers include Charles Simic, Justin Cronin, Laura van den Berg, Alan Michael Parker, and Madison Smartt Bell.

This week’s guest speaker and lecturer, Justin Cronin, is known throughout the literary community for his tales of family, heartbreak, and the inner struggle of human emotions. His most noted books include The Summer Guest and Mary & O’Neil (Pen/Hemingway Award and the Stephen Crane Prize). A vast derivative from the realm of realism and familial struggle, Cronin’s proclaimed novel, The Passage, has attracted the attention of esteemed writers and critics alike (the master of horror himself, Stephen King, praises the book as  “enthralling”). Together with its sequel, The Twelve, Cronin tells the story of an apocalyptic future overrun by vampires (or as Cronin calls them, “virals”). The third installment in the trilogy, City of Mirrors, is expected later this year.

A New England native, Cronin followed his literary pursuits by attending Harvard College and The Iowa Writers’ Workshop. Cronin has taught at LaSalle University in Philadelphia and Rice University in Houston. Cronin is a major up-and-coming writer in the literary world, and a movie based on his book, The Passage, is currently in the adaptation process.

“I am very excited to see Cronin because of his ability to turn the vampire genre into something more complex and closer to literary fiction,” says intern, Rachel Fox. Justin Cronin’s master class will be on Feb. 13 at 4 p.m. in the Bush auditorium. His reading and signing will be that same day at 7:30 p.m. in the same location.