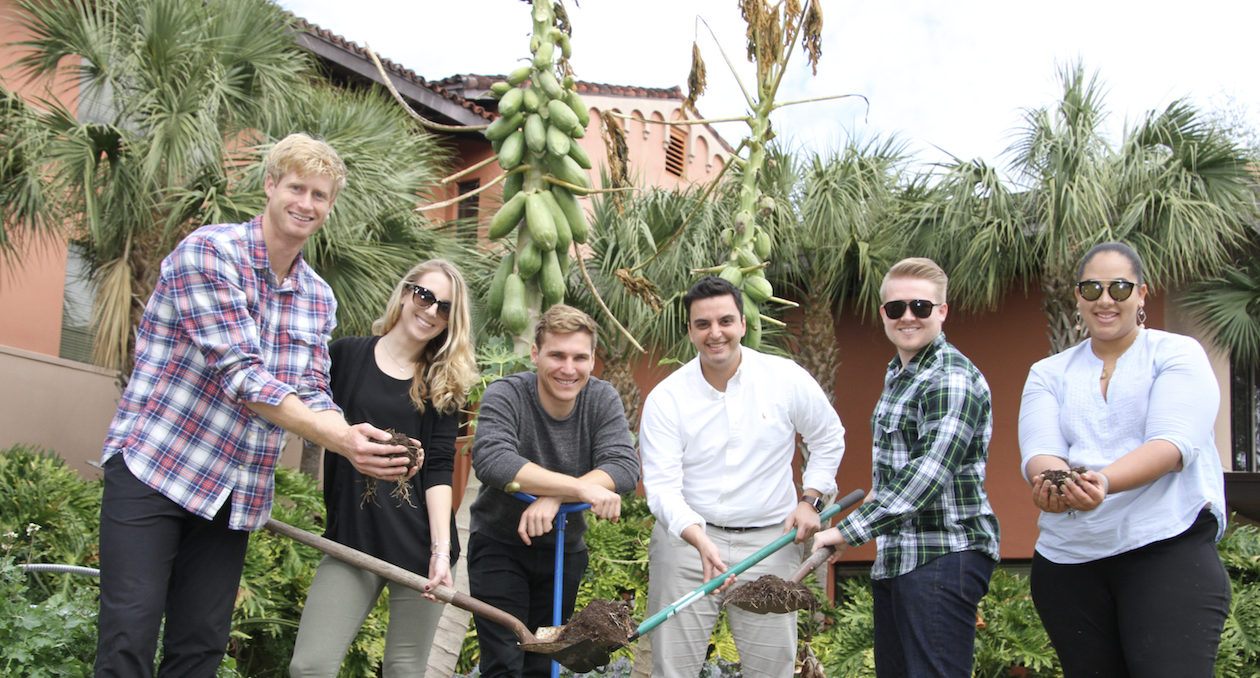 They first got the idea for the project when looking for ways to allow traditional farmers to transition to organic processes faster than the current three years of scrutiny. When they learned about this NASA patent they were immediately interested.

The technology uses natural resources such as mushroom protein to “eat” the “diesel, oil, gas and certain pesticides from soil” explained Davis.

Yet, after beginning with a purpose in agriculture, the team realized that there was an alternate need in the business world for a natural soil cleaner.

The most popular niche in this business of remediation is reclaiming the land of old gas stations so that they can be used in the future for something other than another gas station.

It is a popular business in Orlando and across the East Coast. Companies such as WaWa and Sheetz, commercial gas stations, are driving smaller companies out of business, and the land of the closed stations typically cannot be used for anything other than another gas station because the soil is polluted.

Crummer’s partnership with NASA first began when “NASA program managers and intellectual property attorneys came to visit Rollins College in the Fall of 2012 with their list of 150+ issued patents. NASA requested that Rollins form a group of student entrepreneurs, industry advisors and faculty to determine if any of their IP had commercial application in other markets,” shared Dr. Peter McAlindon, an entrepreneur in residence at the Crummer Graduate School of Business.

Beginning in 2013, “Rollins was the first graduate program to have this type of partnership with NASA.”

NASA made the offer that “if any commercial potential was identified, a startup could be founded, with licensing rights, to bring the NASA technology to market. In the five years the program has been in place, two new startups have been formed,” added Dr. McAlindon.

The past two start-ups include ecoSPEARS and Juntura.

“The ecoSPEARS team has licensed the technology and is now working on its commercialization…[they have] secured strategic manufacturing partners, as well as strategic business development/environmental consulting partners,” he continued.

This chance to work with a top company like NASA is another reason why students can aim to attend Crummer, the number one MBA program in Florida. Davis said that this class project is “by far, [the] coolest thing Crummer offers.”