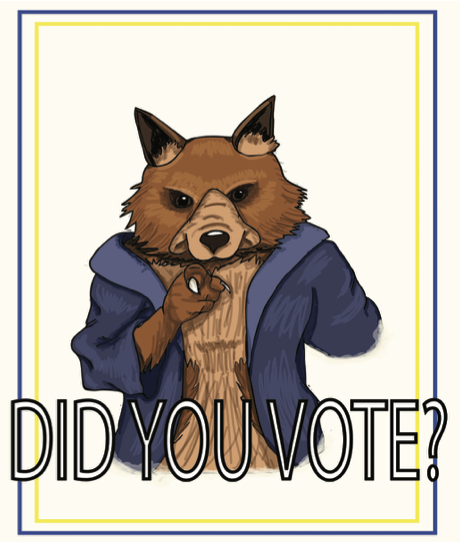 Nationally, college students have low midterm election turnout rates, with only 18.8 percent of students casting a ballot in 2014.

However, Rollins’ Democracy Project, a student-led organization encouraging community engagement in politics, is aiming for a 50 percent student voter turnout.

“We’re trying to hit 50 percent, which is ambitious. We’d at least like to double [student turnout], but if we got to 50 percent we’d be very happy,” said Skylar Knight (‘19), a Democracy Project student coordinator.

Last year, Knight’s efforts helped the organization receive an award for having the highest student voting rate within the four-year medium private institution category, as well as a Silver Seal for achieving a student voting rate between 60 and 69 percent.

The Democracy Project has been working in conjunction with the Center for Leadership and Community Engagement (CLCE) to turn this year’s ambition into a possibility. They have sent emails and hosted voter registration drives for weeks leading up to the Aug. 28 primaries and will continue this work as the general election approaches on Nov. 6.

In three days, 62 students either registered to vote for the first time or updated their registration because of their efforts.

“We’re trying to take on as much as we possibly can [to make voting easy for students] because everyone has a busy schedule and there’s not one time to get everyone enrolled,” said Kyle Williams (MLS ‘20), a CLCE graduate assistant. “Our goal is to be out as much as possible to slowly but surely tick away at the numbers.”

At recent campus events, the Democracy Project offered signups for TurboVote, an online service that gives users easy access to all of the resources they will need to vote in their area.

Peter Stephenson (‘22) said that this helped him locate his voting station and made the process easier. When asked why he voted this election season, he said, “I don’t like what’s happening in politics right now so I decided to vote.”

Stephenson voted for the winning Democratic pick for Florida’s governor, Andrew Gillum, on the basis of relatability and experience.

“He’s the most connected to the people he’s trying to represent, whereas the others might have a distorted view of the populus. He’s not a millionaire and he’s had experience representing the people,” Stephenson said.

However, students such as Ashley Bermudez (’21) and Kristy Moll (’20) did not benefit from the Democracy Project’s efforts for personal reasons.

Bermudez cited work and school schedules that were in conflict with the day of elections. Moll requested an absentee ballot from her home county but did not send it before the deadline. Both students said that Rollins’ efforts had no fault in these matters.

Despite cases like these, according to a study, Rollins students voted in the midterm election of 2014 at a 7.7 percent higher rate than the average voting rate for institutions of higher education. This reflects well on the Democracy Project and the CLCE.

Williams believes that the benefits of engaging students in active citizenship are vital to the continued growth of the Rollins voting rate.