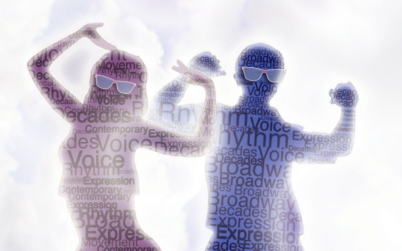 Department of Theatre and Dance Steps Up Its Game

Since the 1984-85 school year here at Rollins, the Department of Theatre and Dance has annually put on Rollins Dance in the Annie Russell for the spring semester, ending in 2006 with Rollins Dance XXI. Now, on March 14, a new dance creation will be taking flight on stage: Song & Dance. What at first appears to be only a simple name change is in reality a broadening of opportunity allowing students with musical talent to perform as well as those who can dance, which is traditionally quite a successful collaborative effort.

Song & Dance will be an enjoyable cabaret-style performance, blending beloved Broadway musicals and contemporary concert dance, focusing on pieces from the 1960’s and onward. Rollins Director of Dance Robert Sherry chose all of the pieces for the show, which he deems a non-exhaustive collection of his personal favorites. Dancing styles will vary from modern to jazz to tap dancing. Selections will include an experimental modern dance entitled “The Winged,” which brings to life motifs of realistic and mythical winged creatures; a tap dance from comedic musical “No, No, Nanette;” a stylized jazz number to the tune of “Xcuse Me, Someone Stole My Sunglasses;” and many other songs from various musicals such as Hair, Funny Girl, and Sweet Charity.

The show takes the form of a variety show, or, in other words, it follows the theatrical revue format—not having a formal plot structure, but still succeeding in presenting dramatic themes to the audience. At times we will only observe dancing, and at other times will only witness singing. There will be occasions where the same performer is singing and dancing, and there will be alternate occasions when a dancer will dance while a separate singer looks on and sings. The accompanying music for each piece will be both recorded and live, depending on the act. Professional conductor and musical director David Patrick will be playing the live music, positioned where he is visible to the audience and can cue the singers from the orchestra pit. Between scenes, there will be projections announcing which show, or where, the proceeding song or dance hails from.

Sherry has been working with a cast of over thirty talented students from the Rollins Theatre, Dance, and Music programs since rehearsals began during Winter Intersession. He has worked hard to create a production that gives each student their opportunity to shine, the general aspiration being that their light can touch the hearts of audience members. On the Dance page of the Theatre and Dance Department website, Sherry writes: “Like all liberal arts, dance teaches life skills that will benefit the student later in life, regardless of the vocation selected. Dance teaches self-discipline, respect, dedication and determination. Plato once wrote, ‘to sing and dance well is to be well educated.’ He considered the uneducated man achoreutos, or danceless; the educated one, kechoreukos, endowed with dance. It is our mission to endow our students with dance.”

There are only two nights to see the birth of this unique show: March 14 and 15, both at 8 p.m. Come to the Annie, get your free student rush ticket, and enjoy while being exposed to the great contemporary cultural experience that Song & Dance has to offer.