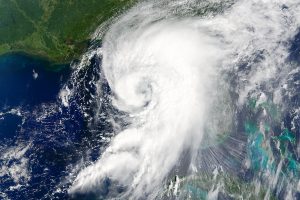 Living in Florida, we can’t expect to get many “snow-days” off; however, the one natural phenomenon that we can always anticipate is the fear-inducing hurricane.  In elementary school the storms were analogous with blackouts and nonfunctioning television sets, in middle-school we prayed for the relief from homework and vocabulary tests the storm could offer, and, in high-school, it had been so long since a hurricane had neared Floridian waters that we seemingly forgot they even existed.

That was until Hurricane Hermine was announced. It is the first hurricane to strike Florida after 11 peaceful years of afternoon rain showers.

While our relatives flooded our inboxes with messages sending love, prayers, and good wishes all we could do here in Winter Park was impatiently wonder: ‘when is this storm finally going to hit?’

The weathermen had certainly assured us that Hermine wouldn’t pass near Orlando, but still when Wednesday, August 24th, and then Thursday, August 25th, and then Friday, August 26th, came and went with barely a few rather ordinary rain showers, we were relatively disappointed.

According to my father, the sky on the morning of the 26th, when the storm was supposedly at its worst, could best be described as a “milkshake” of sun and clouds.  Brianna McNichol describes it all as being rather “anti-climatic.”

However, a hurricane, and even a tropical storm, at that – should never be taken lightly.  The devastation caused by the Category 1 Hurricane Hermine was disastrous across several small coastal cities in this very state: floodwaters ruined homes and businesses alike, electricity was lost, trees crashed across fences or on houses. . . Now, imagine the wreckage a Category 4 hurricane could have left in its wake?

While, it is safe to say that many of us might have felt tempted by the idea of a few days off of school, natural disasters are never a laughing matter.  In fact, a homeless man by the name of John Mayes was killed in Marion County when a tree fell on him early that Friday morning of the 26th.

Hurricane season occurs each year from June through November of any given year, with most storms occurring in the latter half of the season.  And, living in Florida, we are always at risk for an unexpected storm until the very last day of the season.  Rarely, a storm may even occur after the season has already ended.

Because the 2016 Atlantic hurricane season is expected to be the most active season since 2012, with at least 14 storms forecasted, it is important that we, as students, stay safe.  And, the best way to do so is by staying prepared; keeping your contact information on the Rollins Alert System (Foxlink) up-to-date, having supplies such as flashlights and extra prescription medication ready whenever there may be a risk of evacuation, and keeping away from windows during a storm are a few ways of doing this.

Please stay safe this hurricane season; after all, the season isn’t over just yet.