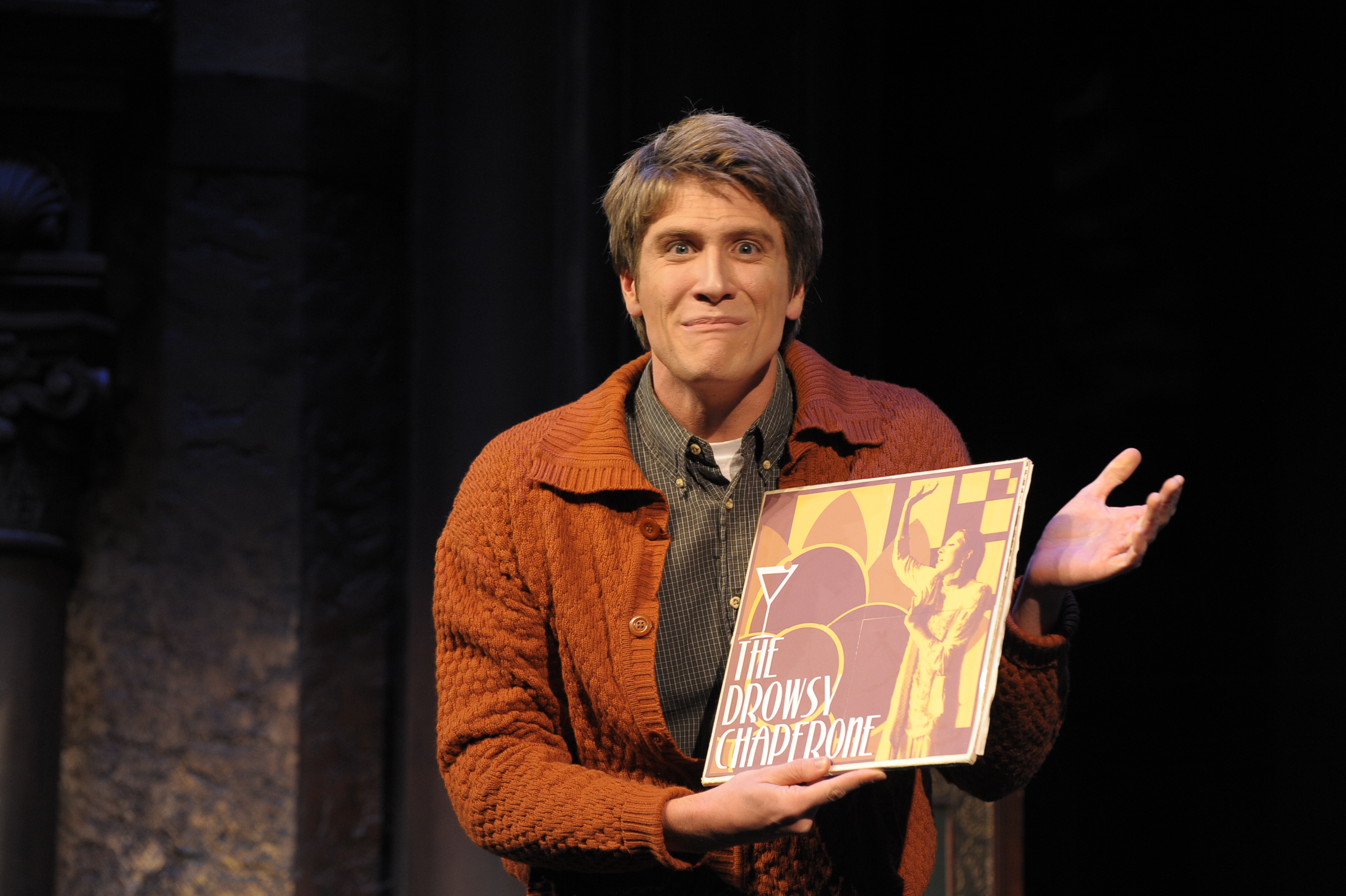 A drowsy chaperone, Gangsters, a romantic European, two naïve lovers getting married, and a producer that wants to stop the wedding. All of these characters juxtaposed with one another contributes to a play of improper humor that’s guaranteed to rivet the audience from the beginning. Underlying the comical aspect of the play, however, the play introduces a theme that visiting professor Jennifer Toohey claims resonates with its audience: “The Drowsy Chaperone is about love and love of musical theatre, not despite its flaws, but perhaps because of them.”

The play commences with the character of Man in Chair, played by Ryan Lambert ‘13, who uses modern technology to imply the sanctity and beauty of musicals Throughout the play, he adds a sense of humor and relief from the play, bringing the audience back from the musical world and enabled them to witness technology’s overwhelming influence over today’s society. Man in Chair constantly struggles to remove himself from the present constraints of society, symbolized by his incessantly ringing phone; however, he ultimately succeeds in overcoming the technological constraints of modern society by wrenching his phone from its outlet, allowing himself to be transported “to another world, [which is] what a musical is supposed to do.”

Once he establishes the scene, the audience indeed becomes enraptured and taken to another realm of love and humor. Janet Van De Graaf, played by Caroline Cronin ’13, is betrothed to Robert Martin, Nicolas Petersen-Gyongyosi ’16, a man whom she hardly knows and yet claims to be in love because of the “woozy feeling” that she gets when she looks into his eyes; the conflict, however, is the impending doubt that consumes both characters.

The struggle does not stop there; the director Feldzieg, played by Christopher James Stewart ‘16, will lose his main act through the marriage and subsequently being pressured by gangsters to terminate the wedding. As a result, he coerces European womanizer Aldolpho to seduce the bride-to-be. Little does Aldolpho know, he attempts to make love to the drowsy chaperone, not the bride! Not that this matters to our flirt of course but it adds quite a sense of dramatic irony, making the play even funnier. Despite the chaperone’s initial admittance of her role in the wedding, romancer Aldolpho refuses to take ‘no’ for an answer, initiating the most hysterical scene in the play.

Toohey argues that the sexual aspect of the play, although characterizing the comical facet of The Drowsy Chaperone, “push[es] the boundaries of political correctness.” By doing so, it poses “a challenge for our designers and technicians,” but ultimately, it is this genre that so “appeal[s] to our audience.” During the play, Man in Chair actually converses about the topic of pornography, and how it parallels to musicals through its captivating features, as highlighted BY through the spit-take in one of the scenes involving Mrs. Tottendale, Emily Walton ‘16, and Underline, played by Bernard Farquharson ‘16. As this scene depicts, humor, some of it indecent, needs to be constantly inserted into the play to retain its comical aspect and the audiences attention.

The audience becomes further intrigued by the fresh talent of the first-year actors and actresses. Toohey states that “it’s very exciting to have such talented freshmen because it means that the school will continue to produce strong work them for the next few years, and they will be setting examples for the classes that come after them, raising the bar and challenging younger students to rise to the occasion.”
From the comical aspects of the play-wright to the talent of the actors, The Drowsy Chaperone is truly a charming play that enthralls its audience, transporting them to another world while narrating a story about love and musicals. As the Man in Chair says, “I just want a story, a few good songs that will take me away. I just want to be entertained.” And that is just what this musical does!