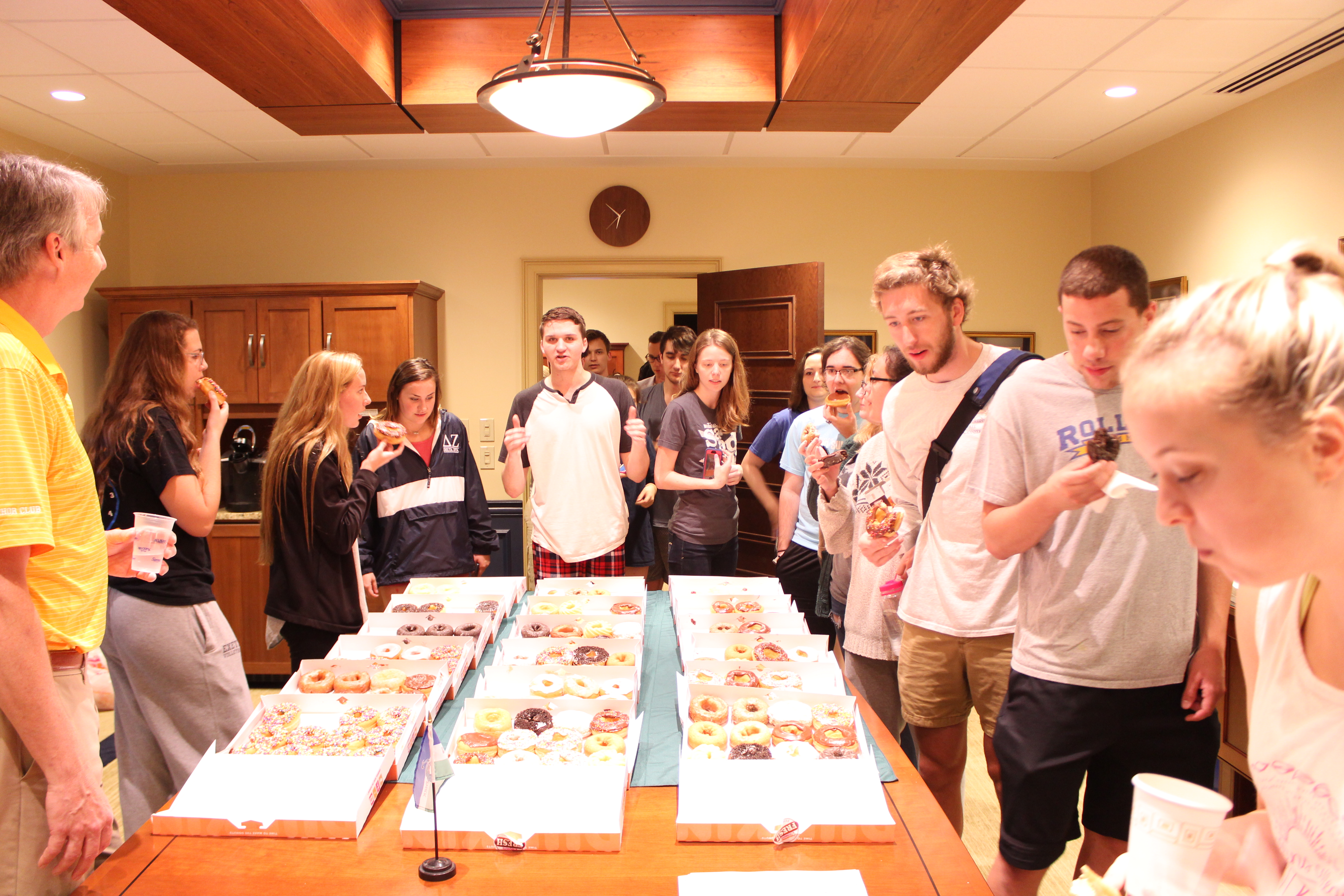 Early arrival of the Fox

This year’s Fox Day was quite a pleasant respite. Since it arrived much earlier than last year, I was able to enjoy Fox Day without having to stress over upcoming final exams.

I awakened on Fox Day to blow horns blasting down the hall, signaling that Rollins’ favorite four-legged mammal had been spotted near Mills lawn.

After a quick cup of coffee and some granola, I began the festivities.  Friends were greeted, libations were consumed, and Fox Day was officially underway.

However, I dared not go to the beach this Fox Day, for fear of reliving the tragic events that happened last year when my car broke down on the way. Instead, I enjoyed the beautiful weather and some of the related activities on campus.

All in all, Fox Day was very enjoyable. 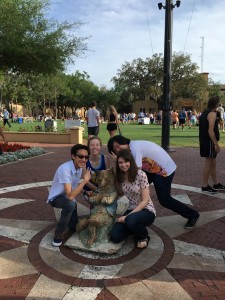 This was my first Fox Day on campus; after working all day last year, I was ready to relax.

I woke up along with everyone on my floor at around 6 a.m., when one of my neighbors discovered the Fox on the Fox Cam. My friends and I got a big free breakfast at the Campus Center before taking our pictures with the Fox and driving to Daytona Beach for the afternoon.

We set up within walking distance of the horde of Rollins students, close enough to say hello to our other friends but just far away enough to relax. I saw friends that I had not seen all semester, and the short period of socializing was time well spent before getting in the water to brave the waves.

Though I lost my glasses in the current, we had an enjoyable afternoon in the sun and returned to campus on time for the cookout.

I find that waiting outside all night for the possibility of the Fox to be rolled out at 6 a.m. is not very appealing, especially if it does not happen and I end up having to go to class after spending all night sleeping outside.

I was in bed on March 30 when at 7 a.m. I awoke to 30 notifications from multiple people, including my mother, telling me that it was Fox Day. I immediately went back to sleep.

I rolled out of bed and enjoyed a free breakfast. After that, my sorority and fraternity friends and I gathered, stepped onto a bus, and made our way to Daytona Beach. Last year I did not go to the beach for my first Fox Day, so I wanted to go this year to get the real “Fox Day Experience” under my belt.

The beach looked like it would any other day until you got to the Rollins section, which was packed full of college students running around under the sun. After several hours of frolicking, getting sunburnt, and watching somebody get tased (yes, I witnessed someone who does not go to Rollins get tasered as he ran away from our group), we all piled back onto the bus to make it back in time for the Rollins barbecue at the end of the day.

While it was not my most nutritious or productive day, I feel I got the true Fox Day experience this past week. Needless to say, next year I will probably just pick sleeping over sunburns and sand. 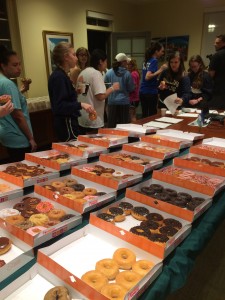 I awoke to the beautiful buzz of my iPhone 5s. My old friend told me that the day had come and I had to suit up for our tradition. I picked up my Pikachu onesie and headed out into the humid Floridian morning.

After a doughnut and an awful morning picture, I picked up a shirt and headed back to the room. There I spent time pondering life, writing poetry and introductions to novels. I was starting to finalize my film when I passed out from exhaustion. I awoke to the sound of beautiful music as I begun to rehearse for the opera I had planned for the end of the week.

Shortly after, I wrote a tremendous thesis on particle physics and ate dinner. I then woke up and realized that if I had done even half the things I dreamt on Fox Day, I probably would be a lot more interesting as a human being.