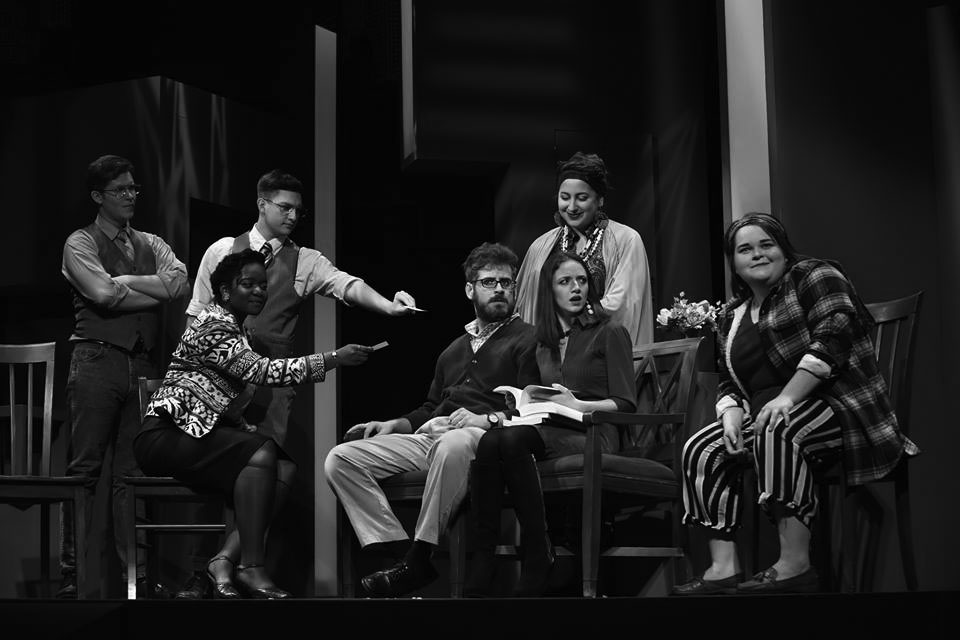 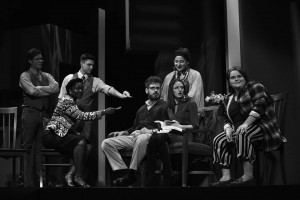 The audience for Expecting Isabel laughed and cried, but was above all moved by the extent to which the characters’ stories resonated as true.

Amidst expressions of “I loved it” and “what a great performance”, some of the older members of the audience could be heard discussing family members who had experienced similar struggles and exclaiming how they had “lived through parts of the story” themselves.
Mary Robinson, one of the audience members during Friday’s opening night performance, expressed how “very truthful and authentic” the production was in depicting the life-long journey of an infertile couple battling disappointment after disappointment.

In the program’s “Note from the Director”, Director Dr. David Charles agreed that the reactions from community members were especially moving.
“In undertaking our journey to bring Lisa Loomer’s Expecting Isabel to the stage, I am struck by the stories that emerged: colleagues and member of our community bravely shared with the company tales of infertility, the foster care system, and domestic and international adoption.”

Despite all of this, Expecting Isabel’s final message is one of faith, hope, and the newfound realization that sometimes things are just not meant to be.
Expecting Isabel was intended for mature audiences only, because strong language and darker concepts do make up a significant portion of the play.
However, the characters’ struggles, brought to life by the excellent performances of lead actors Rachel Comeau ’16 and Nicholas D’Alessandro ’18 as well as supporting cast and crew, really did make the production a must-watch.

The entire supporting cast was excellent at transitioning between one character to another. David Kahn ’18, for instance, stood out for his representations of sleazy fertility doctor and inept marriage counselor alike.
It was Comeau who really stole the show, however, with her outstanding performance as Miranda.
From her opening monologue and many asides, to her ability to navigate such emotions as tense frustration and hopeless self-pity, Comeau’s Miranda embodied the day-to-day disappointments and difficulties of a failing mother-to-be.
In summation, this truly incredible production by the cast and crew of Expecting Isabel brought the audience to tears of laughter and grief over and over again. As Dr. David Charles concludes in his “Note from the Director”,
“Loomer provides a humor-filled and revealing investigation of [a] very human and personal question. Welcome to Expecting Isabel.”