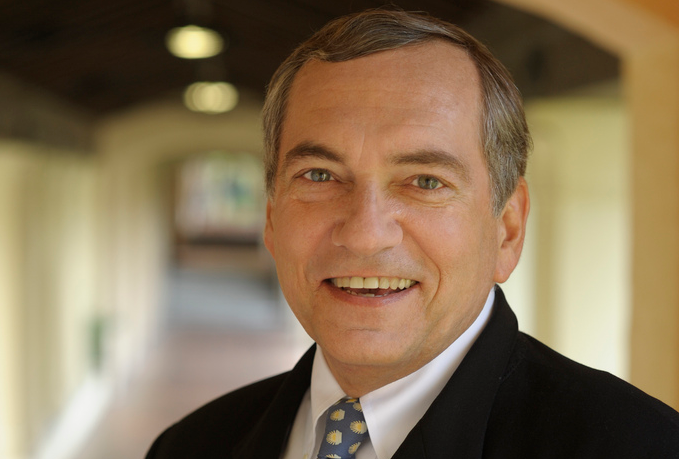 seen a drama-of-sorts unfold between the A&S faculty of Rollins and President Duncan. Like all marital disputes, there is a long and involved history that we all know very well by now. Yet the problem is always condensed when there are children involved. In this case, roughly 2,000 undergraduates. And with the Board of Trustees trying to act as the marriage counselor to all of this, we have ourselves quite a dilemma.

Personally, I hate it when mom and dad fight. Who doesn’t? But there are always two sides to the story. The faculty feels like their needs aren’t being met, especially with the president never being around for family dinners… I mean faculty meetings. They feel as if the president has dropped the ball on his commitments to them, there’s no more communication, and they’re not being heard. The president argues that he has done the best possible job he can juggling his professional obligations while also being there for the faculty, with the changes he is making being seen as necessary in his eyes. Yet these changes, which the faculty was adamantly against from the beginning, have not brought any positive returns.

Finally, the Board of Trustees wants to be as political as possible, trying to reason that they not only support the president but also the faculty and all members of the Rollins College family.

I know the line is cliché, but when it comes to this issue, we must think of the children. We must think about the students that come to this school. No one wants to see their professors out of sync with their president. But it’s hard when both sides believe that what they are doing is truly for their student’s benefit. I’m not claiming that one side is wrong and one is right. I truly believe both camps want what’s best for the college. Yet it does no good to anyone when it seems like there is no real resolution in sight.

In the end, the president must take the time to really reach out to the faculty and consider the fact that maybe, just maybe, he may have made some decisions that had unintended negative consequences to the school. That way, he can save some face and the faculty will look irrational if they don’t give him one more chance. On the other hand, the faculty must also realize that with the Board of Trustee’s letter last week, it is looking more and more apparent that the president won’t be gone anytime soon. With everyone’s eyes on the situation now, this is their chance to take advantage of the opportunity and have a real dialogue with the president and the Board. If still no change occurs, and things don’t seem to get any better, it won’t be in the hands of the faculty any longer and makes the case to keep President Duncan much more difficult to defend.

Only time will tell as to what will happen, but even with all the best efforts of the Board of Trustees to bring mom and dad together, sometimes it is best for them to part their ways. While that is never the ideal circumstance, it beats both entities staying in a loveless marriage while all the anger and frustration are taken out on the children caught up in the crossfire of it all. I’m not saying Duncan will suddenly take away Fox Day because the faculty has no confidence in him, but an amicable separation is always better than a long and drawn out divorce.