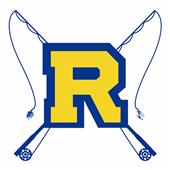 Founded in the spring of 2013 by President William Cochran ’15, the Rollins Sports Fishing Association (RSFA) is swimming into this spring semester with incalculable accomplishments and a legion of plans. “Just based off of our successes over the past two years and input from students and administration, we tend to be represented in a higher light based off of skill, recruiting methods, hosting events, working with other student organizations, and implementing the core values of the Rollins community,” said Cochran.

Cochran considers the RSFA’s connection to the Rollins biology department as a top accomplishment for the organization. During the spring, a shark tagging program started at Rollins, and, this semester, part of the curriculum will be a lab-based study where students will go out and tag sharks through the National Oceanic and Atmospheric Administration’s research initiative. Cochran elaborates that despite sharks being predators of the ocean, “they’re an integral part of the whole ecosystem by helping regulate other specimens that could possibly become invasive and [that] there has been a significant decline in the shark population due to unsustainable fishing habits.” Despite the presence of NOAA, this is a civilian based effort and anybody can participate. “RSFA will be heading it and the students (Rollins biology majors) are going to come out and get first-hand experience,” said Cochran.

Competitively speaking, RSFA participated in the College Kayak Fishing Series this past year. Coming in as an underdog who had not previously competed, and who did not have a full team for the entire competition, RSFA placed a glorious 6th place in the nation during their first season. The competition will take place again this semester.

RSFA has also “accumulated various relationships with manufactures [such as] Guy Harvey and AFTCO (American Fishing Tackle Co.) both hav[ing] some of the top rank[ed] conservation initiatives,” said Cochran. This means that, “anything that we do associated with aquatic environments on campus regardless if RSFA or Eco-Rollins is heading it, we are able to get endorsed by those organizations that help create awareness and help show the significance of that endeavor.” With only 25 college institutions in the country sponsored by large organizations such as Guy Harvey or AFTCO, RSFA takes a great deal of pride in not only being a part of the original fifteen, but also having their continued support and sponsorship. RSFA also works with the Coastal Conservation Association, which Cochran mentions “…had the most success in getting bills and statues passed to protect environments and fisheries, Florida having one of their largest chapters, coincidentally with the headquarters being in Orlando.” RSFA helps alongside them, volunteering at fundraising banquets they host, for example, or offering involvement on campus to initiatives they may have going on.

The organization keeps working towards even more serious sponsors with conservation driven ambitions such as Coasta Del Mar. Dry Cases, another organization, will possibly work with RSFA as well. This past semester, a major event was the integration of East Cape Skiffs, a “local boat manufacturer, top two best small boat skiffs manufacturer in the world, and have the most environmentally sound manufacturing facilities of any of the boat manufactures,” says Cochran. Proud sponsor East Cape Skiffs will be helping Rollins students start a tarpon tagging initiative, which is a growing trend in Florida as the fish migrate along the east coast. A growing number of laws against harvesting them have made tarpon become a strictly game fish. Multiple non-profit organizations are working to protect them; the principle is the same as the shark tagging initiative.

The future is looking even brighter for RSFA with the re-inauguration of a two week campus-wide fishing tournament sponsored by ROC. The event will take place this semester and the plans include a rod rental program similar to the Eco-Rollins bike rental program. There is much to anticipate from RSFA as they become one of the greatest success stories of a student run organization on campus under strong alumni guidance, group leadership, and effort.