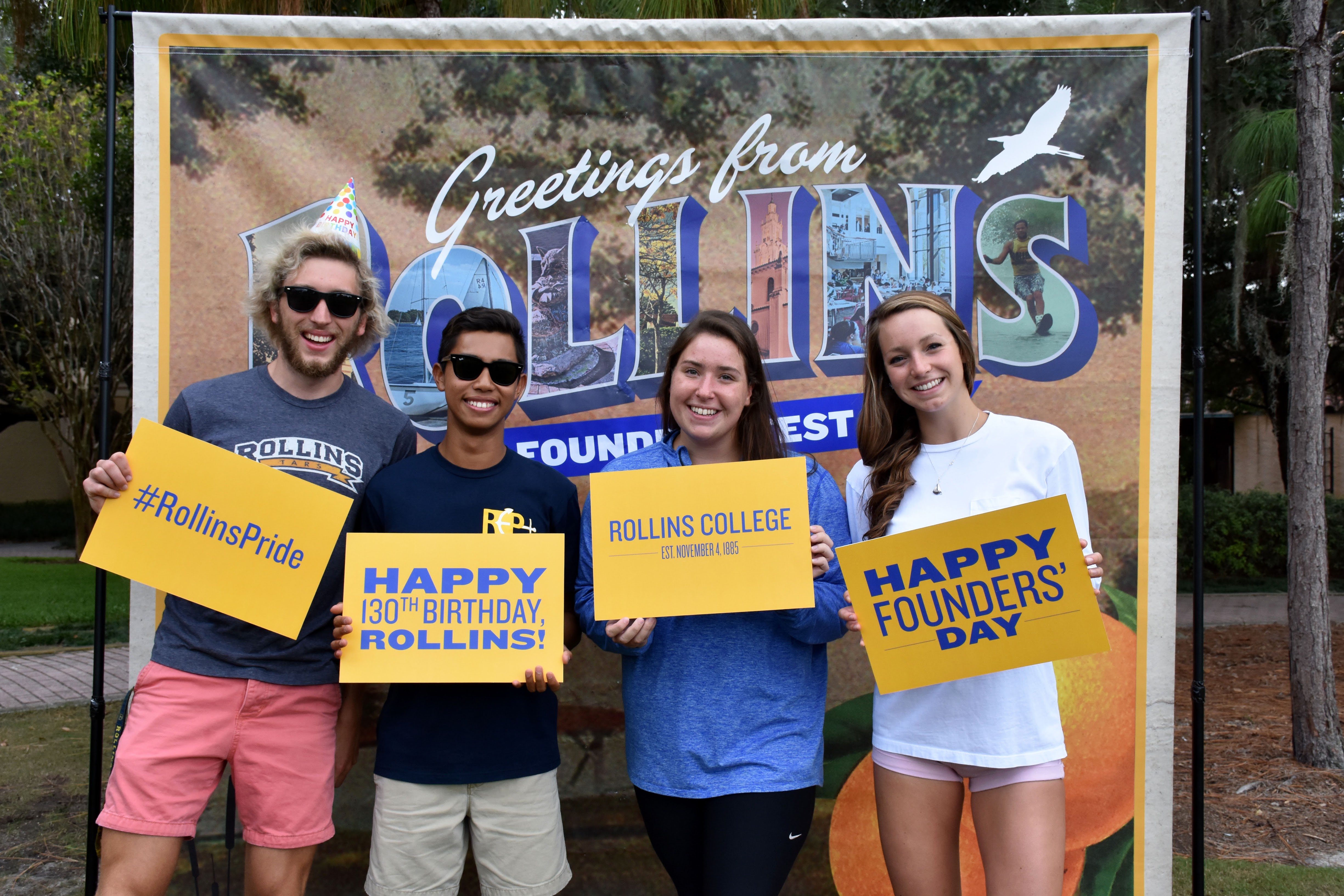 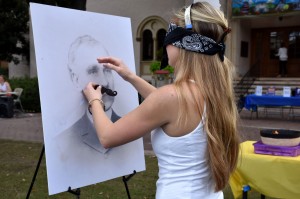 Rollins College celebrated its 130th birthday on November 4, 2015. To celebrate, R-Pride and SGA planned and organized Founder’s Fest, a celebration complete with food, music, lawn games, a selfie station, trivia, and a birthday cake. The goal was to make it a more “visible, campus-wide celebration.” The event was a success with students, faculty, and staff participating on Mills Lawn.

Where did Rollins get its name? As said in Rollins: A Pictorial History by Jack C. Lane, Alonzo Rollins gave a gift of $50,000; as a thank you, the college was named after him.

The first edition of the college newspaper was printed on December 20, 1894. The first issue explained that the new paper’s name—Sandspur—was fitting of the slogan “Stick To It.” The first page was an excerpt from an article in the Louisville Courier-Journal written by editor Henry Watterson about Oliver Wendell Holmes; the last line, “His name would live as long as light and warmth shall be sufficient to perpetuate life,” serves as advice to Rollins students for their own lives, mirroring the chant of “Fiat Lux!”

Gabriel Barreneche, Interim Associate Dean of Arts & Sciences, says Rollins is his home. He lived on campus as part of a faculty-in-residence program for four years, building a strong foundation for his scholarly career.

He attributed his success to the school.

“Rollins has given me the tools and the support to help me achieve my professional goals as a scholar and an educator,” he said.

What does he predict for the future of Rollins?

“I predict that Rollins will no longer be a well-kept little secret as it gains more and more national and international acclaim. I also predict that our student body will more closely reflect the diverse world in which we live.”

The birthday bash emphasized the evolution of the school. A snapshot of Rollins fifty years ago in 1965 includes an amendment to the drinking policy, stating, “Many do not condone drinking, and the College cannot either advocate or permit by policy violation of state law, for such action would teach disregard for the law, but few feel the College should rigidly enforce the law. Most rather feel that it is the College’s duty to the students to teach responsibility and moderation in consumption of alcohol.”

This Thursday, today, Dave’s Boathouse will be opening on campus, which will allow students to once again practice consuming alcohol responsibly on campus.

In 1965 the Circle K club was formed on campus, devoted to community and college service. Today, Rollins is as dedicated to the community as ever before with programs like Immersion: Citizens Take Action, the Social Justice Leadership Retreat, and diversity training workshops. These programs are just a few of the many programs and classes on campus devoted to making Rollins students better citizens.da

Maurice O’ Sullivan, Professor of English and Kenneth Curry Chair in Literature, feels that the college is constantly growing. O’ Sullivan remarked, “Having spent over half my life at Rollins, I see it as a constantly evolving home to people and ideas. Watching students mature intellectually and personally is tremendously inspiring. And when they return years later, often with children in tow, it is always a joy to see the people they have become.”