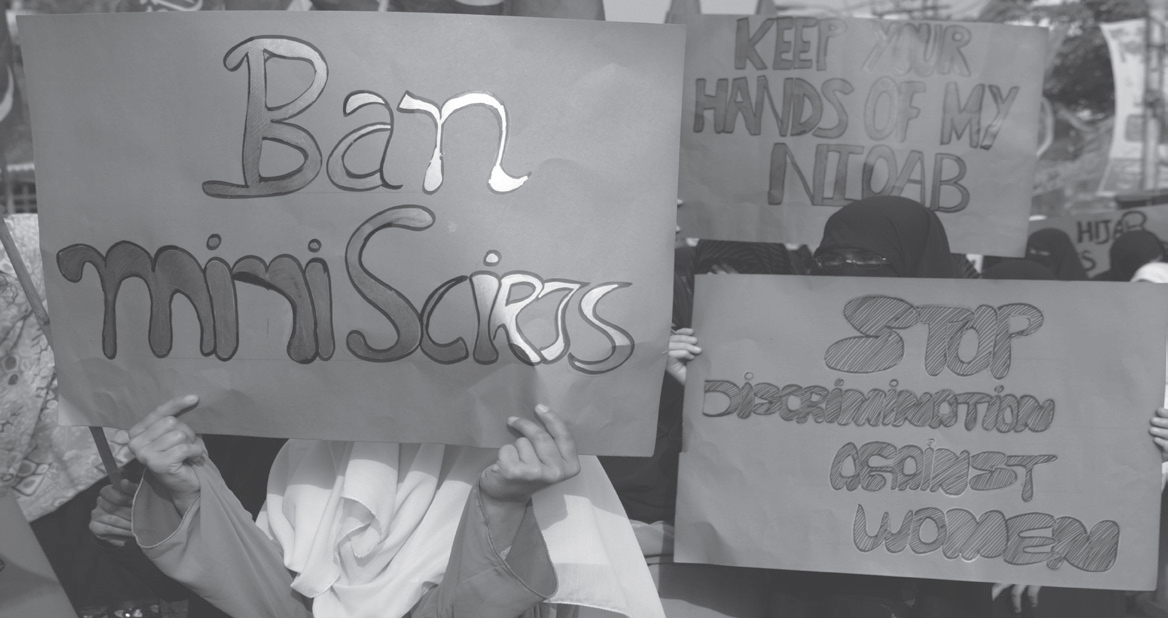 On April 11, a law went into effect in France that bans the wearing of the burqa and the niqab. The burqa is the piece of clothing worn by Muslim wom­en that covers the entire face with mesh over the eyes while the niqab covers the entire face but with a slit for the eyes. The actual law prohibits the wearing of garbs that obscure the face for security reasons, but the true in­tent of the law is well-known. In fact, defense of the law cen­ters on the justification for not allowing burqas.

President Nicolas Sarkozy has said that banning the burqa is a reaffirmation of French val­ues both in terms of secular­ity and oppression of women. They argue that the burqa is a way of oppressing women, but is it really? There is a large Muslim population in France but most of the Muslim women do not wear the burqa or the niqab and of the few who actu­ally wear the burqa, most con­sciously choose to wear it. To them, it is a positive symbol of their religious beliefs and not of oppression.

Many in the government counter this by saying that even if women choose to wear it, it still is not right. Thus, the new law states, if a woman willingly wears the burqa or niqab in pub­lic, she is subject to a fine. The law has harsher restrictions for those who force others to wear either the burqa or the niqab but this part of the law is not nearly as controversial. The contro­versy is in the fact that those who decide themselves — with­out any pressure — to wear the burqa or niqab are being fined.

This is an infringement on freedom of religion and though France is not bound by the First Amendment of our Bill of Rights, it has agreed as part of the United Nations to abide by the Universal Declaration of Human Rights. Article 18 of this document guarantees freedom of religion and free practice of religion to all people. That is why the new law is written the way it is—the law specifically mentions nothing about religion in order to get around both the French Constitution and inter­national pressure, but the true reason behind the law is still there. If you have a law, wheth­er it implicitly says it or not, that prohibits the ability of willing people to practice their religion, there is something wrong with that law.