The future of global citizenship

By Christina Fuleihan on February 9, 2017 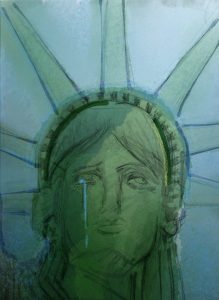 Although there have been many controversies from the Trump campaign and presidency, none has been so contentious as the infamous “immigration ban.”  The ban raised special concerns in universities across the country with regards to its potential implications; many universities issued statements addressing the wide-ranging consequences and personal impact on international students who call home outside of the United States.

Immediately after the ban was announced, Rollins College’s President Cornwell released a statement that sought to re-emphasize Rollins’ commitment to upholding the tenet of global citizenship as addressed in its mission statement:

“Rollins is a compassionate, diverse community that celebrates cultural differences and believes that it is in the very encounter with different points of view that our mission is realized. Every day in our classrooms, around our campus, and in our city, we witness the good that comes from people of different nationalities, faiths, and ethnic heritages joining together in the spirit of cooperation and mutual respect. We believe this is the practice of being a global citizen, which, in part, helps strengthen democratic principles. It is a central part of our mission that we remain committed to honor and uphold.”

The executive order issuing the immigration ban had ultimately hoped to ban citizens from Iran, Iraq, Syria, Sudan, Libya, Yemen, and Somalia, from entering the United States of America for the next 90 days at least; the refugee program in America was also halted and inhibited from functioning for the next 120 days.

While President Trump argued that it is in fact “not a Muslim ban” but rather a move to further safeguard American citizens, the country’s reaction did not seem to agree with the strict stance the White House had taken. While the executive order was met by protests in numerous notable American airports, from John F. Kennedy International Airport in New York City to Dulles International Airport in Washington D.C. to our own Orlando International, Seattle Federal Judge James Robart has been heralded by the media for his recent block of the ban.

Robart’s ruling that there is no standing to the executive order has allowed customs officials to resume boarding all travelers with United States visas from any the seven banned countries until a full legal case can be reviewed.  The White House has immediate plans to file an appeal overturning the federal court ruling.

While the void may only be temporary, it does mean that the 60,000 people whose visas had been invalidated as a consequence of the ban may now resume flying into the United States as airline carriers have resumed boarding previously banned passengers; international airports across the world are breathing a sigh of relief at the recommencing of regular airline activity.

President’s Cornwell’s statement also discussed how the recent ban calls into question early American philosophies: “It is not accidental that Rollins, with all of America’s finest liberal arts colleges, welcomes international students, faculty, and staff from all nations and faith traditions. These colleges were founded on principles of pluralism, recognizing the essentially American idea that we are a nation founded on inclusive, democratic ideals and composed of immigrants.”

The United States has long sought to ensure national security and protect its citizens against outside threats; the notions of restricted immigration and travel screening are not new.  As threats become greater and munitions become more readily accessible, Homeland Security will naturally have to make amendments to Customs and Border Protection Policies.  The controversy behind the recent Executive Order merely calls into question long-standing tensions between national security, privacy, and immigration control because of its strict and biased stance on the issue.

Regardless of the official ruling on the standing of the immigration ban, however, it is heartening to see that early American philosophies are as ever-present in today’s day and age as they were when our Founding Fathers first sat to write the Constitution. The system of checks-and-balances continues to stand as a key tenet that drives the American political sphere and propels the nation to greatness.