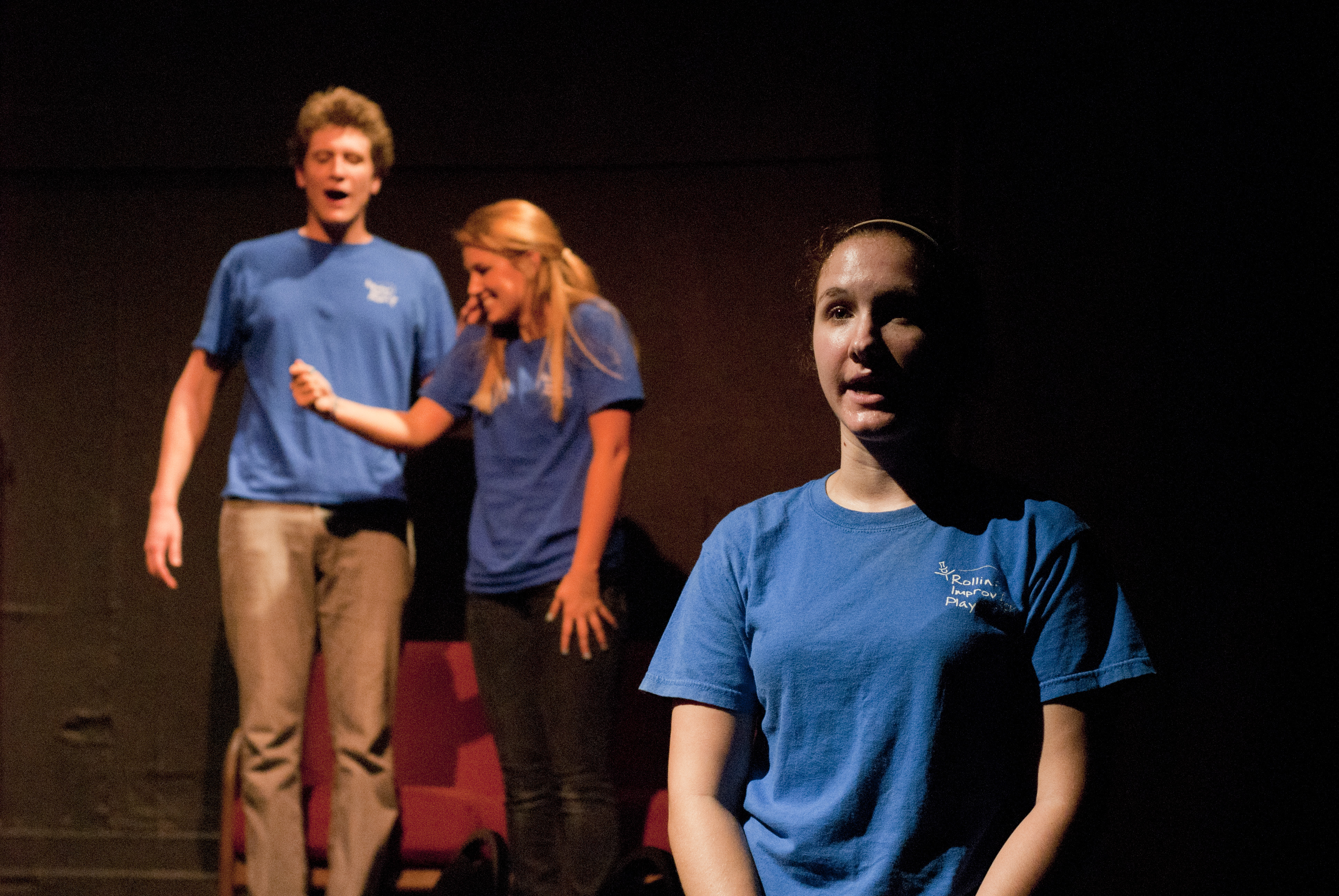 Restless in their seats, students waited for the show to begin. The theater was dark, set for the actors to enter, with a spotlight glowing on a whiteboard that was clear apart from a single word: Genetics.

The Rollins Improv Players held a special “Variations on a Theme” performance on Sunday, Sept. 23. The show dealt with “Weird Science,” with attention to the concept of genetics. As always, actors asked the audience for suggestions, which ranged from Batman to Biopiracy.

The event was held by the Sigma Xi Honor Research Society, whose goals include opening lines of communication between scientists and lay people. For Dr. Susan Walsh, the RIP event was the perfect forum for these themes to be discussed.

“Anyway that we can promote a discussion to seek the truth about these topics is essential to educating the public and making better global citizens,” Walsh said.

While science and theater may seem mutually exclusive, Walsh feels similarities do exist.

“I think that theater is an expression of humanity and science is driven by the human need to understand; there is no reason that these should be separate,” Walsh said.

Like all RIP shows, the actors delivered a performance that developed a variety of emotional responses. From the hilarious Siamese twin speed dating scenario, to the touching scene where a pregnant mother was forced to choose which of her eight children to deliver, the improv actors showed true skill. RIP performer Melanie Leon ‘14, was proud of her fellow troupe members.

“We were able to bring relationships to genetic topics, embrace them on the spot, and stimulate an incredible discussion among students and professors. I am very honored to have been a part of this,” Leon said.

Walsh and Leon both hope that RIP will have more cross curricular events in the future.

“We would love other sponsors that seem to fit this ‘unconnected’ ideal to challenge us and for us to challenge them in return, so we can see the wonderful things that come from it,” Walsh said.