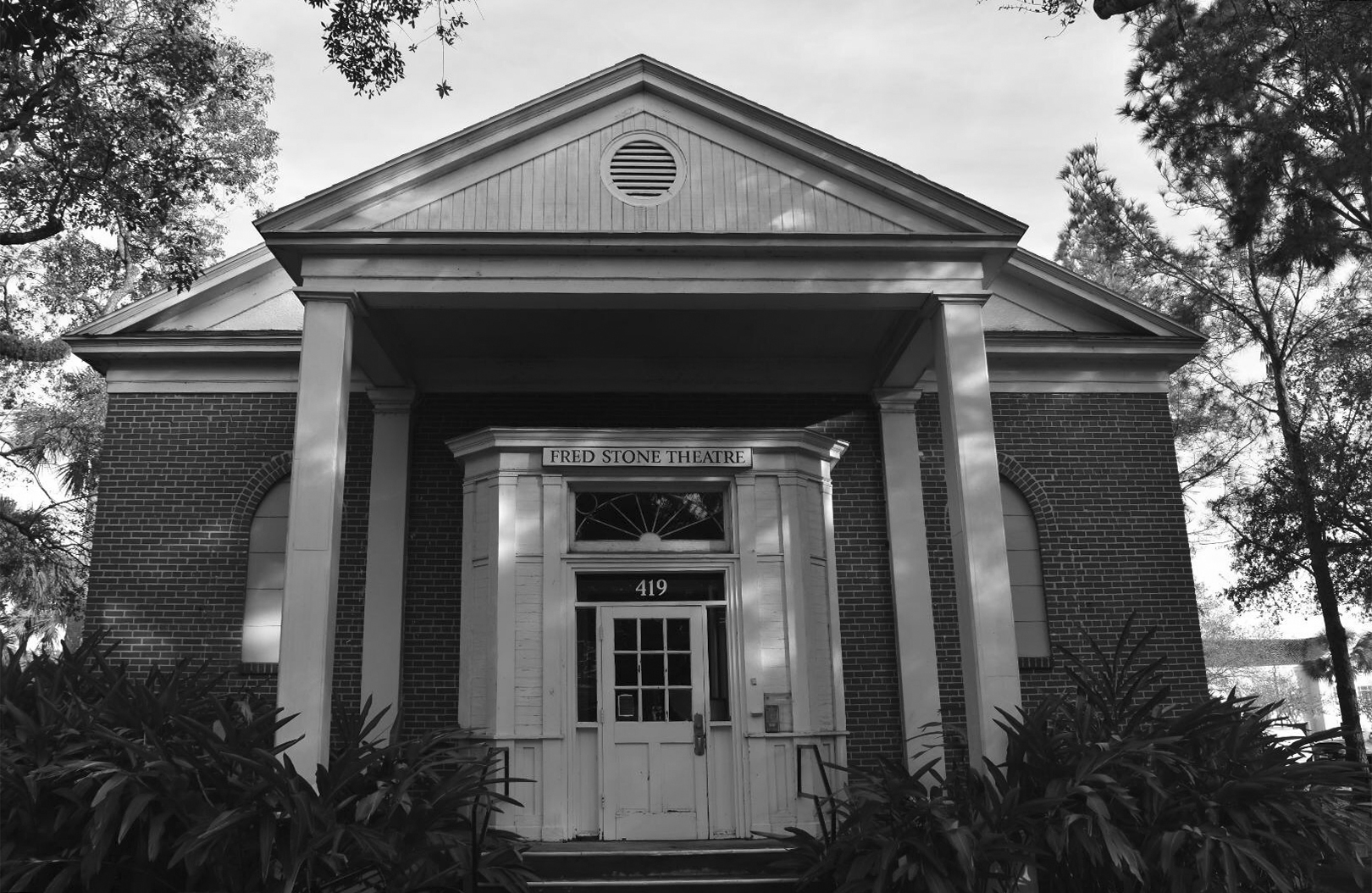 The Rollins community says goodbye to the beloved Fred Stone Theatre. The Fred Stone Theatre represented so many different things. It was a (dilapidated) hub of student leadership, fearlessness, collaboration, and learning. All of these things speak to the core of what Rollins stands for.

In this space, with peeling paint, noisy AC, and a rodent problem, students in class delivered their first monologues, directed their first scenes and improvised for the first time. Students directed and designed entire productions, creating tangible culminations of their time here at Rollins. People painted and repainted the floor, put together beautifully simplistic sets, and created incredible light and sound designs from the booth. Rollins Players had meetings in the space, and came in on weekends for load-ins and to “Love the Fred,” patching up what they could.

Rollins Improv Players called the Fred home for its first fifteen years, creating a successful and vibrant troupe on campus. Thousands of people from the community poured into the tiny Fred to watch improv shows, class performances, and full-scale productions, all of which were labors of student love.

The Fred, as humble and aged as it was, was our home. For majors, minors, and others involved in the department, it was a place that was truly ours as students, where we felt safe and free to learn, create, and perform. When our need for a new space was finally recognized by the college, we were so happy that we were going to have a new building at last. We knew the transition period would be difficult, but we were excited. We prepared ourselves to say goodbye to the Fred in May.

On Wednesday, March 21, I performed in the Fred Stone Theater for the last time, unbeknownst to me. On Friday, March 23, I walked into and out of the Fred for the last time. Thirty minutes after I left the space, we were told that the building had been deemed unsafe, the doors had been locked and no one was allowed inside ever again.

It was as if we had been preparing for a friend to move away in a few months, and he disappeared suddenly in the middle of the night. There was no good-bye or preparations for what to do next, no last performance or last bow.

Aside from the realization that we had been working and learning and playing in a space that could have come crumbling down on us at any second, the shock of losing the building so suddenly hit all of us hard. Our final student production of the year, as well as our remaining improv shows and multiple classes, were hastily shifted into temporary spaces.

In the Fred Stone, I have been moved to tears and I have laughed until I cried on multiple occasions. I love it for the memories it holds and I hate it for how run-down and, apparently, dangerous it is. The Fred has been condemned, but what the Fred represents is as alive as it ever was. Student productions are still happening and will still happen next year, and Rollins Players is still supporting them at every turn.

Rollins Improv Players continues to bring students together to laugh, cry, and think about things differently. Performance and directing classes are still providing top-quality training to students. For the next two years, our shows may be lower-tech, have less seating, and be less conveniently located. However, they will still be amazing shows, put on by students who truly care about doing their best, no matter the circumstances.

I am heartbroken that I will have graduated by the time the “new Fred” is ready for use, but I am excited to keep the spirit of the Fred alive until then. What happened in the Fred will now likely happen in many different spaces, until a new building is ready that can house all of these awesome things and more under one roof again.

When that space is ready, the students will be there, grateful and ready for a permanent home. Until then, we will carry on the spirit of the Fred and continue to exhibit the values that we always have.