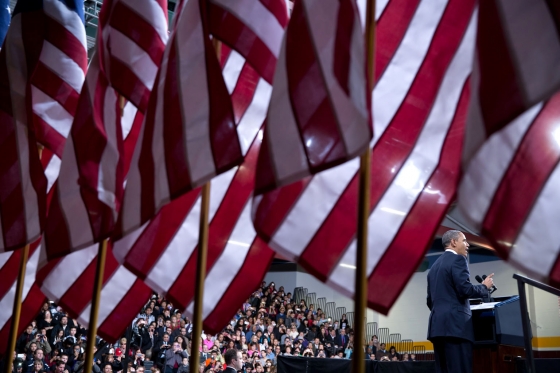 GOP Must Shift Its Borders on Immigration Issues

Recently President Obama has announced a broad plan for an ambitious liberal agenda. One of these items is immigration. This particular issue is resonating for the GOP. In the last election Latinos gave President Obama 71% of their votes. That’s quite a large group that probably tipped the balance in some states, particularly our home state of Florida. What is the next step for the GOP in order to tap dance the political show that will be immigration reform?

Rubio stands as the clear herald of what could turn into greater support for the GOP from Latinos.

The GOP has already appeared to take the steps in the direction to be a part of the deal-making process and maybe even a step further of being the architects of the endgame. High level actors within the GOP, John McCain (longtime immigration reform activist, until his abrupt run to the far right to seek the Republican Presidential nomination in 2008), and Marco Rubio, the most celebrated son of the Tea Party Movement, have joined the 8 member bipartisan committee established in the Senate to try and tackle the immigration issue. The question is not will they be able to solve the longstanding problem of having no changes to immigration policy. The question is how can the GOP work on this issue and come out looking better to Latinos on the issue. Rubio stands as the clear herald of what could turn into greater support for the GOP from Latinos.

Remaining ideologically pure in his Tea Party economic credentials, Rubio has the most to gain from working to form a new compromise on immigration. As a figurehead of the GOP he stands towards the top on the already long and growing list of 2016 presidential hopefuls. So the premise is simple; Rubio must reach an amicable solution that produces tangible results and he must market them as sweeping reforms that apply to Latinos and other immigrants. This will allow for the maximum wins for Rubio himself and the party which he is preparing to lead.

President Obama won the election with broad support of all groups of immigrants. This support wasn’t a part of Obama’s “super-coalition” of multiple social classes and races; immigrants (as a social group, not as a race or minority group, which are aligned differently in voting groups) are traditionally aligned with the Democratic Party because of its liberal stances towards social issues, including immigration.

If the Republican party can chip away at the impenetrable support from immigrants it perhaps can gain some Democrat and perhaps many Independent voters. This move would not only garner support from Latinos (the quickest growing demographic group in America) but from all races of immigrants. With rising star Republicans like Governors Bobby Jindal and Nikki Haley , both non-Latino minorities, the GOP has the potential to gain non-Latinos in the upcoming elections as well. With this imperative, the GOP has an action, and it must execute it as best it can if it hopes to recover from the current racial stigma that it has attached to it.