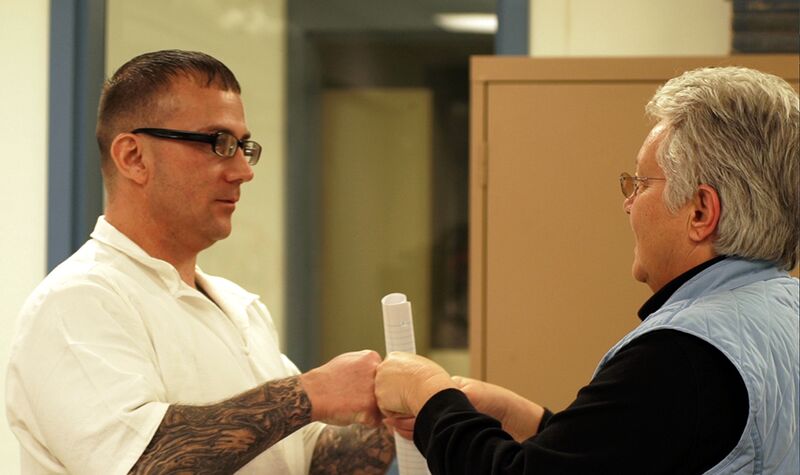 I’ve never truly thought about the lives of inmates in prisons and jails. I entered this film with low expectations, as I was unsure of what the message would be. I left this film feeling deeply moved and encouraged that some day all prisoners will experience inner peace and change their lives.

Inside Peace (2015) shows how inner peace can transform a person’s entire spirit. Directed by Cynthia Fitzpatrick and produced by Rosie Lee, the film follows a group of inmates in a state jail in San Antonio, Texas. A peace class, now being taught in prisons and jails all over the world, is brought to their jail. The peace class involves watching ten inspirational and informational talks and then having a discussion amongst the inmates. At first, the interest level was low until inmates began listening to the powerful words of Prem Rawat (spokesperson for the peace films).

Inside Peace shows the impact that the peace class had on inmates with ranging criminal backgrounds and how transformative it was for them. It indicated that most inmates are not aware of their inner strengths and have low self worth. It taught them the skills needed to transform their lives in positive ways and keep them out of jail for good.

I grew attached to the inmates as I followed their journeys and rooted for them to succeed once they left jail. This film has the potential to change views on programs currently being used to help better the lives of the men and women, both while in jail and when they are released.