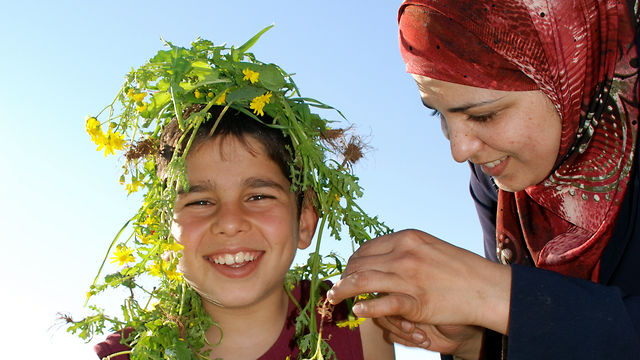 GPFF Review: The People and The Olive

The People and the Olive by Director Aaron Dennis gives observers brilliant insight to Palestinian olive farmers while being masked by a much larger overhanging problem that is the overbearing military. Palestine is an injured country and many aspects of its society are diminishing all too quickly. This documentary shadows a small group of Americans as they run 129 miles across West Bank, Palestine over a period of five days. Their overall goal was not only to gain awareness of Palestinian Olive Farmers but also plant olive trees to counter the fact that trees are being uprooted: “There have been five-hundred thousand olive trees uprooted since 2001.” Being hundreds of years old and a big part of farmers’ heritages, the uprooting of these trees causes devastation. The film does not only do a magnificent job of showing the struggles of these farmers but also the ridiculousness of the military control. This was the most memorable part of the film for me because I could never imagine being treated so terribly by a force that is supposed to be protecting me. Including scenes of violence brought on by the military really makes this film unforgettable. Leaving the theater I felt uplifted and culturally enriched. The film captures many cultural aspects and celebrations as the Americans are embraced with open arms whenever a day of running and planting trees was over.