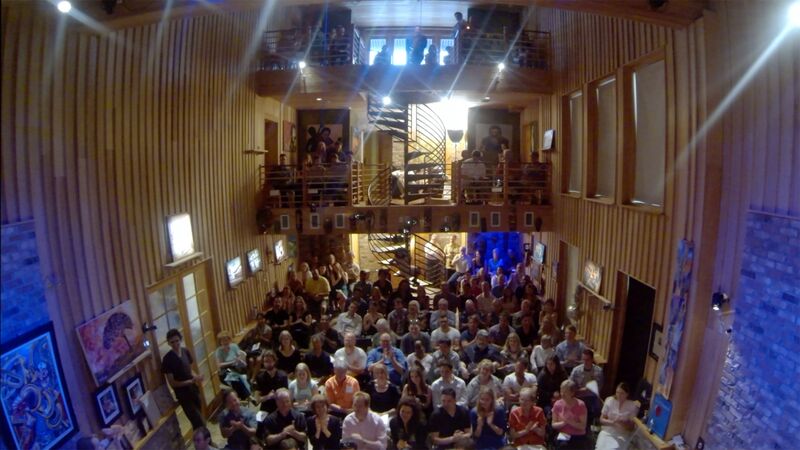 At first glance, The White House Overture (2014), a thirty-five minute documentary about a local Orlando concert venue, seems like a strange selection for the Global Peace Film Festival. The premise of the film is simple: Benoit Glazer, a Cirque du Soleil composer, arranger, and trumpet player opens his house to the public for free concerts and slowly becomes a beloved part of the Central Florida arts community. However, the film demonstrates the role of one person in achieving peace.

In addition to conversations with Benoit Glazer, the film showcases some of the performers featured at the venue as well as the rest of his family’s thoughts on how these concerts affect their own lives. Director Steve Radley utilizes the concerts featured and Glazer’s family to create a film focused on more than one person’s house. Without talking down at the audience, The White House Overture makes them think about how one person can impact their community.

Radley is quite successful in keeping the film light, but meaningful. There are no dramatic turns or major scenes. Rather, there is an ongoing message throughout the film about how communities are better when they come together. In this case, it is about art, but Glazer notes in the film that anyone can do what he is doing, even on a smaller scale, if they truly care. The White House Overture does not just feature masterful performances and the resilience of one arts patron; it illustrates how we can all do a little bit to better the community and gradually achieve peace through just a bit more effort.