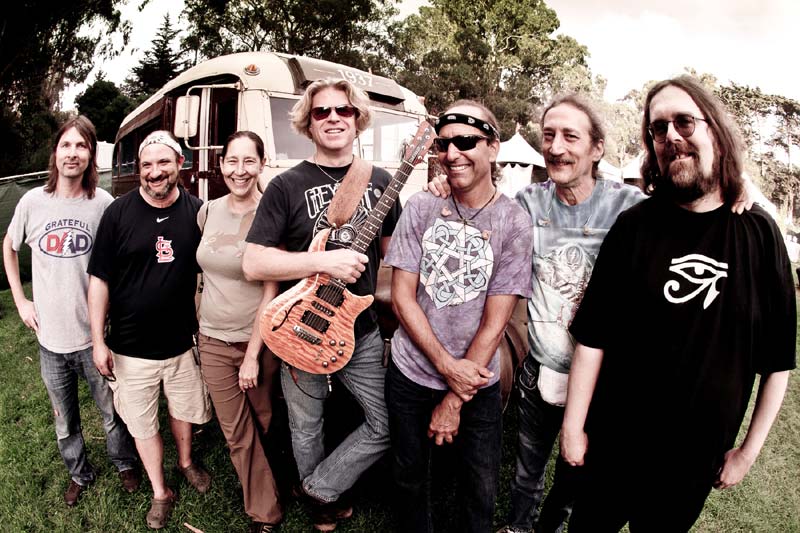 On Friday, Feb. 21, Dark Star Orchestra (DSO) played at The Plaza in Orlando. If you have not heard of DSO, I hope you have at least heard of The Grateful Dead.

Dark Star Orchestra is a twelve-member band that offers a superior experience akin to the performances of one of the greatest live acts ever to grace the eardrums of humans: The Grateful Dead. DSO has been performing complete Grateful Dead shows to audiences around the world since 1997. Their first show in Chicago had a mere 78 audience members in attendance, but the band now often plays to an upwards of 1500 at a single show.

“What they do is not simply a tribute to the Grateful Dead, but a testament to their enormous catalogue of timeless performances—in addition to Dark Star Orchestra’s own intermittent original set lists, created to give the listener a wholly unique experience.”  – History of Dark Star Orchestra

I was lucky enough to have the privilege of attending their most recent show, an experience that I highly recommend. I spoke with one of the drummers, Rob Koritz, who embodies Mickey Hart on stage. Akin to other icons of The Grateful Dead, such as the skull and roses and the skull with the lightning bolt, their icons are all shrouded in mystery. No, he could not give me a definitive answer on what the deal is with those dancing bears. Also, Rob could not narrow down his favorite performance, but did say “It’s always fun to replicate a show that I was at; I can look back on being in the audience.” He certainly has a lot of shows to choose from, considering that he personally attended 93 Grateful Dead shows from ’87 to the band’s final days in ’95.

Rob has been in DSO for almost 15 years. He joined at the same time that the other drummer of the band and one of his best friends, Dino English, joined. The two were living in Saint Louis at the time. DSO, as fate would have it, was in need of not one, but two drummers. Rob has played over 2,000 shows with the band, one of the most memorable being to an audience of over 30,000 at Golden Gate Park in San Francisco.DSO often plays at the sites of old shows, adding a special vibe and mystique to their already stellar performances. It would be impossible not to find inspiration in those places.

It was especially interesting to hear about how Rob Koritz first experienced The Grateful Dead. The first show he attended was in his senior year in high school. He had heard The Grateful Dead the first time a week earlier; when he listened to “Not Fade Away” (a Buddy Holly cover), he was hooked.

I asked him what shows are the most difficult to replicate.  Rob explained that they have been working on the early stuff from the late 1960s. It is very intricate music and the band has not done it that much in the past. The band works to get the tempos and arrangements just like The Dead, but solos and improvisations are on the steady shoulders of the Dark Star Orchestra to do as they choose.

Their performance this year was incredible. The band recreated a show from the 90s and the energy in the space was electric. Like The Grateful Dead, DSO connects with their audiences in a profound way. Last year they played their own set list, not a replication of a Grateful Dead set. Every five or six shows, the band makes up their own set list. It keeps things fresh for them on stage, especially since there are plenty of really good songs that The Dead only played a handful of times.

Rob talked about how when they do their own show they can put all of their favorite songs together in the same set. This shaggy group of Dead Heads plays The Grateful Dead fluently: a language steeped in rock, blues, and a heady dose of improvisation.

DSO plays a show in Florida every year in January or February. The band has made “grateful” friends all over the country and all parts of the world during their tours.