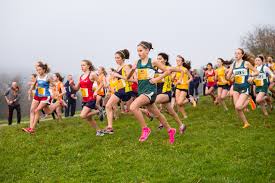 Halfway to the finish line

How far can a person get with only an influential surname? Conor Kennedy of the Kennedys would tell you that a famous last name can get you out of jail time for a bar fight, if he were to be honest. It can secure you a job in the modeling industry and a show on MTV, although you wouldn’t hear that from Atiana de la Hoya, daughter of famous boxer Oscar. Perhaps I misinterpret the meaning of “land of equal opportunity.” How can a country that prides itself on success through hard work and perseverance make a social express lane for the famous?

Kennedy was arrested after he took part in a bar fight in Colorado. According to the Denver Post, Kennedy pleaded guilty to disorderly conduct and received a deferred sentence of six months; in other words, if he commits no further felonies for six months, the charge will be dismissed. The defense even requested that court records for the case be sealed. He claims to have been defending a gay friend from slurs, yet it is convenient that his only witness happens to be his cousin, Matthew Kennedy. With a charge of this kind, most people would have it on their record permanently; however, he only received a $500 fine and a letter of apology for his actions.

In the modeling industry, last names have such sway that MTV dedicated a whole show to the issue, titled Growing Up Supermodel. The show follows the children of celebrities such as Ricky Schroeder, Oscar de la Hoya, and Steven Seagal.

The models talk about the difficulties they face as the children of famous parents.

I cannot invalidate the identity crisis that accompanies being the offspring of a celebrity, but these men and women are tragically missing the point. They struggle to form an identity for themselves once they already have the industry’s full attention. For many aspiring models, it takes years of small-scale work before they have any hope of fame; the children of models and celebrities are born famous. The industry practically came to them. They start their difficulties from a position some of us only dream of, and still Arissa Le Brock claims that,

“There is no easy ticket to anything.”

The United States prides itself on being a nation where the people with the strongest work ethic will succeed; however, we intentionally allow anyone with a well-known last name to be born halfway to the finish line.