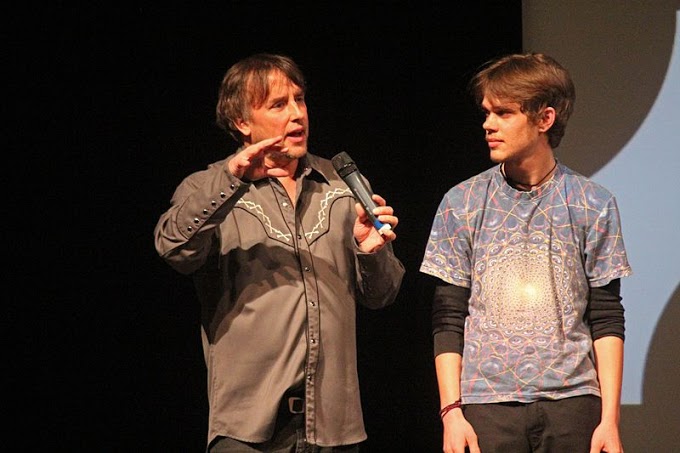 A few months ago, all the movie sites started hearing inklings about a new film written and directed by much loved filmmaker, Richard Linklater (Slacker, the Before trilogy, Bernie). However, this wasn’t a normal film. This film used time in a brand new way.

Boyhood is unique. It was filmed over the course of twelve years, using the same actors in the same locations in the same roles, and filming once a year, so that the character truly got older. It follows the story of Mason, a boy who we watch age, from 5 to 18, and his relationship with his sister and his parents and himself as he ages through this decade. Mason is young and adventurous, then older and more thoughtful, until he’s finally an adult and very artistic. This film is remarkable in so many different ways. The first is its honesty. It never falls into clichés or tropes just because a regular situation in a movie would call for that. There are no horrific car accidents, no shocking death, no dramatic twist. Just honesty. And that, to me, is the biggest twist.

Secondly, it uses time as an effective tool, pulling you in and taking you along for the ride. All of a sudden, over the course of two hours, this child who you watched, is suddenly this adult. There is no defined constant plot. It’s simply about life and what it feels like to grow in this world and how various things affect a child in his development. Personally, for me, this film resonated because I was the same age in the same years as Mason was. I had a Gameboy Color and I loved Dragonball Z. It’s exciting and the movie ends on a perfectly ambiguous moment. Life goes on even when the movie is over. Seriously. Go see it, people. The word “masterpiece” is not used loosely in film criticism. I will easily call this a masterpiece. If you’re looking for similar movies, I highly recommend checking out Linklater’s other films, especially the Before trilogy.