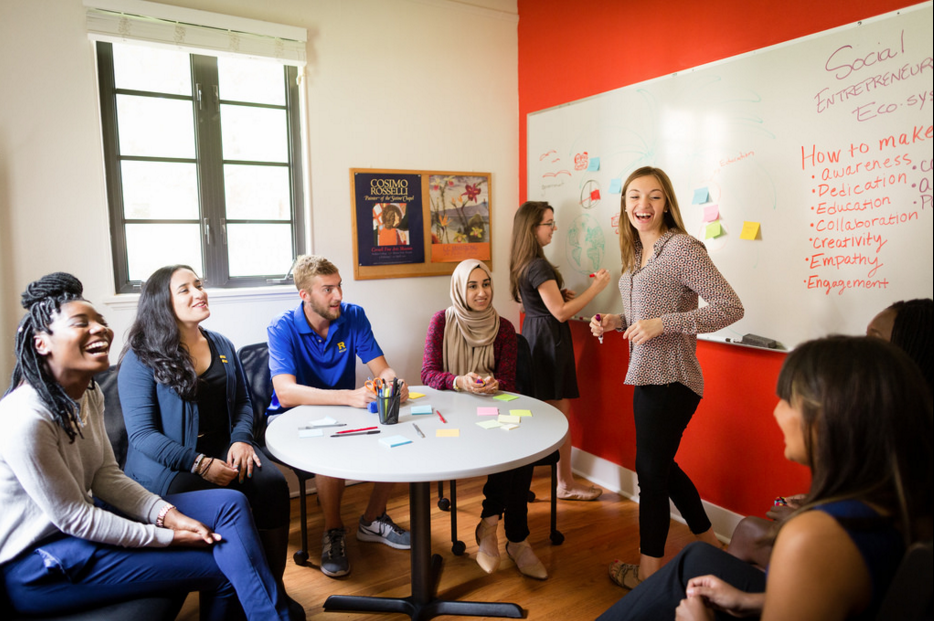 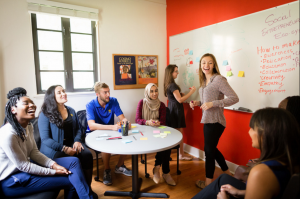 The 2016 Global Hult Prize Challenge this year was to “build a sustainable, scalable, and fast-growing social enterprise that doubles the income of 10 million people residing in crowded urban spaces.”

Each year social entrepreneurs from colleges across the world compete in school-wide, regional, and international competitions for the chance to pitch their start-up business proposals to Bill Clinton and win $1,000,000 toward launching their own business.

Mark Angelo II ‘18, one of the competitors at this year’s Hult Prize at Rollins, perfectly described the initiative: “If the mind can conceive, the body will achieve.”

On November 20, in the Bush Auditorium, Rollins held its school-wide Hult Prize competition. The Innovation Hub announced that eight teams had signed up to compete this year compared to the previous year’s four entrants.

This upward trend demonstrates an increased awareness of the global community and Rollins’ mission of global citizenship.

During the competition, teams of three and four had eight minutes to pitch their proposal to a panel of judges that consisted of the CEO of SheO, the CEO of Deux Mains, and other successful entrepreneurs; each pitch was followed by a four-minute Q&A session.

There were several creative business proposals. The eBundu platform would offer individuals in urban slums the opportunity to purchase cheap wholesale items from online and local retailers. Also, Box Creations presented a business proposal to recycle shipping containers into luxury homes—profit obtained from the sale of these homes would fund box houses for the poor.

The winner, Team Rollins Urban Community Farm—Stephanie Murphy ’17, Ciara Nowak ’17, and Jamie Wadovick ’16— will be moving onto the regional finals held in March. The group became interested in the Hult Prize through their “Strategies for Changemakers” course, where they first created a business model for Green Spot.

Green Spot is a nonprofit/profit business hybrid that simultaneously serves as an urban community garden and composting facility. It hopes to incorporate farming techniques that maximize use of available space and create a source of income for the community.

Natasha Gaye ’17, who attended the event as an audience member, said, “Having the option to think of the world’s problems that involve over population, pollution, and socioeconomic classes and how we can effect them in a positive way, holds great weight.

I am proud to be a part of this event and to be able to surround myself with such aware individuals and to call them my peers.”

The judges of the Hult Prize at Rollins competition concluded, “It’s so inspiring to see the creative thinking of students at Rollins college.”

All the teams that presented will have the chance to apply to the Regional Finals, and applications are still open—if you have recently thought of a business proposal that tackles urbanization and poverty in urban slums, you are also encouraged to apply through Hultprize.org.