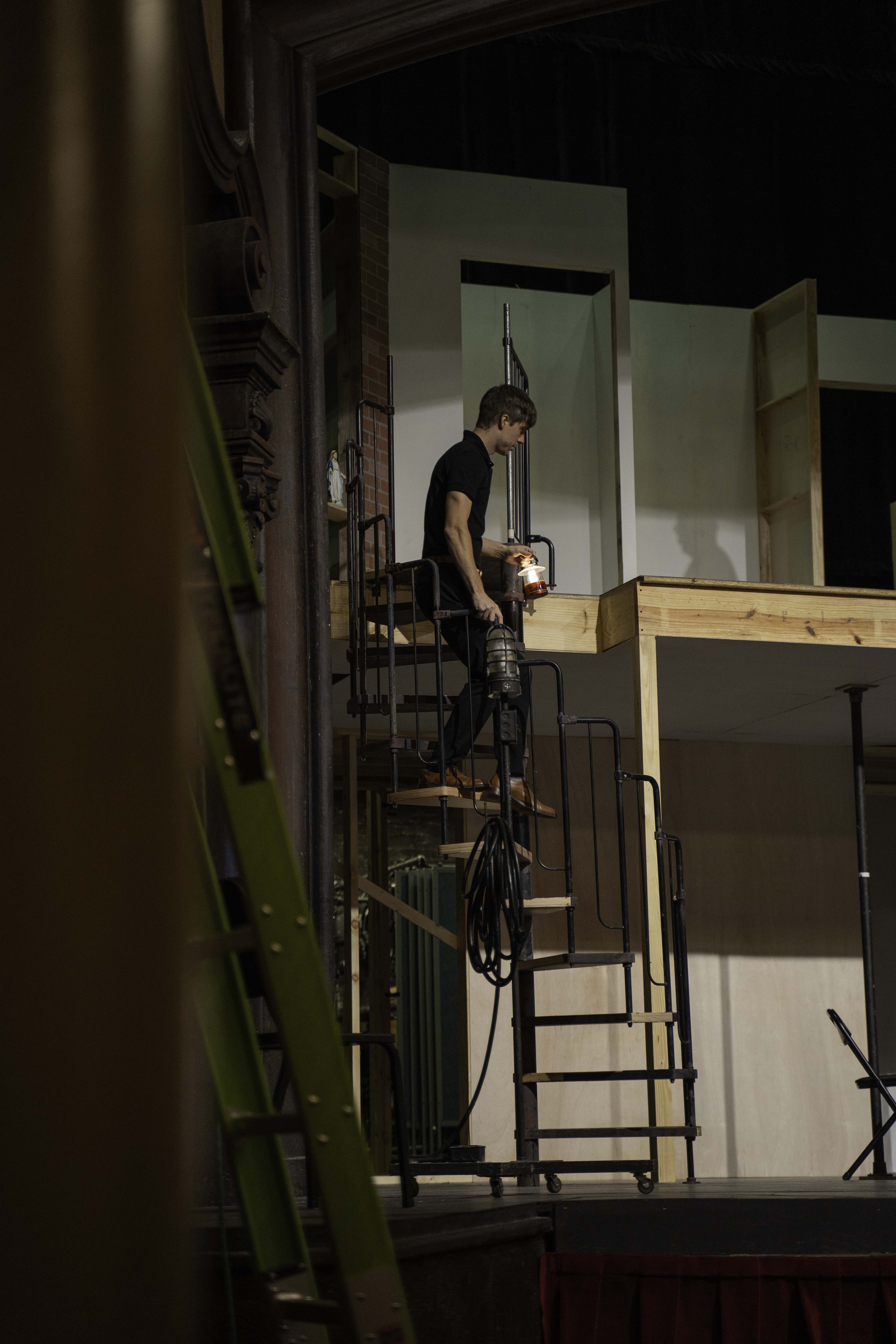 For some, Hurricane Dorian meant a week free of classes, but for students and faculty working on the Department of Theatre & Dance’s fall productions, the storm caused major setbacks. The department is now in a race against time to prepare for its first two shows of the season: “The Humans” and “Bakersfield Mist.”

Not only have actors lost valuable rehearsing time, but both the costume and set construction teams have been set back.

“The Humans,” a Pulitzer Prize finalist and winner of the 2016 Best Play Tony Award, opens the 2019-2020 season for the Annie Russell Theatre, and both faculty and staff are working around the clock to get everything ready to ensure the production quality will be on par with previous productions.

“There has certainly been no easing into this semester. We have really been challenged to jump right into a really fast-paced semester,” said Chelsea Hilend, marketing and box office manager for the department.

The department was busy when Dorian threatened Central Florida. Students were told to evacuate campus on Aug. 30, and the school was shut down between Sept. 1 and 6.

The casting and callbacks for both plays were supposed to be released that week, but they were delayed until the week of Sept. 9.

Due to this delay, actors have have been rehearsing late into the nights.

“You have to step up to the plate or else you are going to fall behind, and it’s something we cannot afford,” said Franky Saavedra (‘21), a theater major and actor in the black box’s “Bakersfield Mist.”

A significant setback has been the construction of the two-story apartment, the location and focal point in “The Humans.”

Hilend and Saavedra agreed that everyone has stood up and taken on extra responsibilities. For example, many costume designers are now working on set-building to make sure preparations are done by showtime.

Despite the issues, Hilend said the best way for students and faculty to support the production is to go see it.

“We want you to come to see and appreciate our production,” Hilend said. “Students get a complimentary ticket for every show at the Annie, and faculty and staff get two complimentary tickets. It means the world to us to have the Rollins community in our house.”

“Bakersfield Mist” debuts Wednesday, Sept. 25 at 8 p.m., and “The Humans” premieres Friday, Sept. 27 at 8 p.m. Information for all of the department’s shows can be found on the Rollins website.