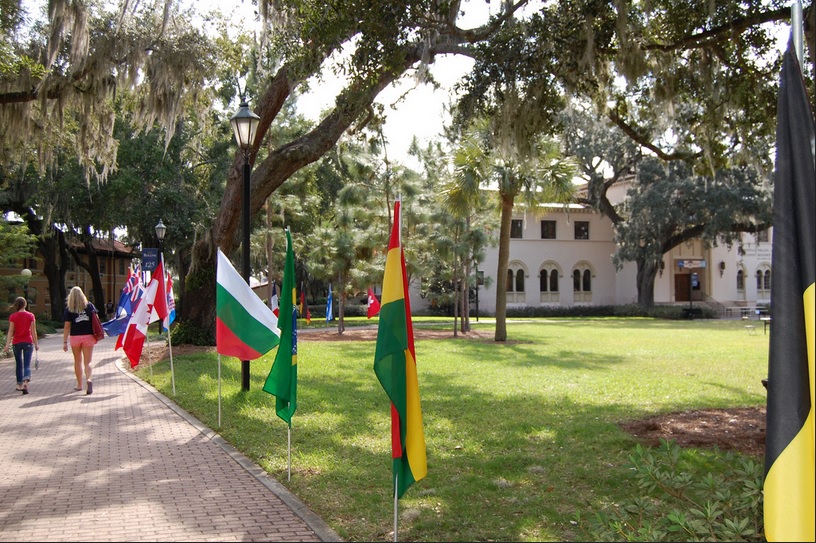 International Education Week, or IEW, will be from November 17-21 this year. IEW is a program organized by the United Sates Departments of State and Department of Education. It is celebrated across the United States and in over one hundred other countries. The week includes programs that will help prepare Americans for global citizenship and leadership roles, as well as attract students from abroad to experience the United States.

The week’s events will be launched this year at 12:15 p.m. on The Green. There will be a photo to celebrate the Flags of Rollins, which usually hang in the campus center.  Rollins will also be adding Aruba, Costa Rica, Gabon and Singapore to the current flag collection.

The community is invited to wear the colors of their flag or that of their international student friends and stand by their flag for an aerial photo and video. This has the potential to be an exciting new tradition,” said Director of International Student & Scholar Services Jenifer Ruby, who began the tradition of IEW at Rollins in 2006.

This event will be followed by a chalk art contest. Other events throughout the week include Caribbean Life and Trivia, a Naturalization Ceremony, Languages of Rollins, and a Rollins World Cup Soccer Tournament.

IEW is a community wide effort and involves many areas of campus,” Ruby said.

WPRK will be playing music from around the world and Sodexo will cook dishes from countries that are home to Rollins students. Rollins has taken part in IEW for 8 years and focuses on supporting both its international students and the American students who decide to study abroad.