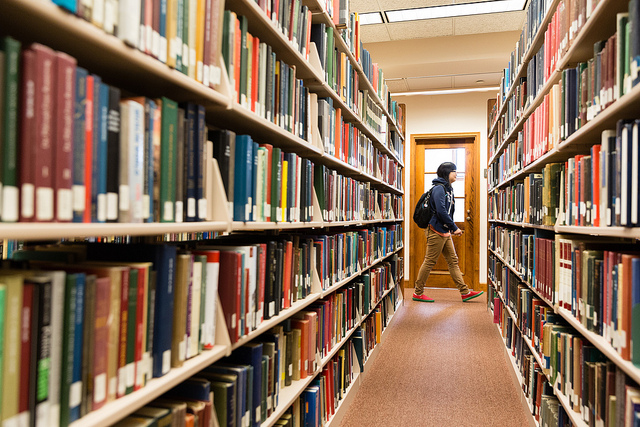 The impact of discrimination at Rollins

Discrimination is a sensitive issue that has been popping up everywhere, from college campuses to other institutions and communities, it has become a controversial subject that in fact, needs to be addressed. Discrimination is a term which describes the act of being unjust or prejudicial towards different groups of people whether that is in terms of their race, gender, age or sex. Unfortunately, there have been many accounts of discriminative action not only in the country we live in but around the world. It seems to be a continuous problem that groups of people have been experiencing. Some say humans are innately discriminative and have their own preferences while others say racism and sexism are ideologies learned in the process of growing up and the effect of mingling in society. Whatever the reason may be, I personally believe that making a group of individuals feel like the “other” in a negative way and isolating them because of physical or characteristically differences that most likely are out of their control is very insensitive. As Rollins students our aim has always been to be the better individual, the mature individual and of course the individual with ample knowledge about world differences therefore having a much more open mind and level of understanding than those who lack the education that we have.

Last Monday Title IX came out with an email prohibiting Discrimination as well as sexual and domestic abuse and/or violence. Reading this article made me curious as to whether any Rollins students have experienced such things and what their views are. Shyanne Lovan ‘20 suggested that she has never felt any form of discrimination on Rollins campus. For her it was an easy adjustment. She states that “sports like golf helped a lot as it allowed me to instantly meet people and have friends to fall back on. I personally think that it is wrong to discriminate based on race or gender and a lot of people are quick to judge, people should be more open before deciding not to associate with someone.” On the other hand, Day Cho’ 20 says he has heard some people complaining about this issue but has not personally been affected in any extreme way. He stated that “For me as an Asian it does not bother me, although I tend to be the only Asian in my group of friends. I think it allows me to have a fresh cultural perspective for others at the same time be unique and different.” He continued saying that “It seems that today’s generation is discriminative in a very passive aggressive way, the movie Get Out portrays it perfectly. It’s the idea that I don’t hate you but I don’t want to sit next to you either.”

“At the end of the day it is important to be yourself and not be afraid of being open and honest, that is my advice to others.”

As Rollins College students and future alumni our goal is has always been to become global citizens, game changers and knowledgeable members of society. As the office of Title IX suggested, “Any form of sexual and gender-based discrimination that interferes with an individual’s ability to be an engaged learner threatens the core values of our institution to be a diverse and inclusive community and home to the best and brightest scholars, students, faculty and staff.”

Discrimination in any context is a problem and if any of you have felt threatened, attacked, violated or discriminated in any form which has made you uncomfortable please contact the office of Title IX to get the best and most critical assistance you need in order to solve the issue. And in the words of the wonderful Nelson Mandela himself “People must learn to hate and if they can learn to hate, they can be taught to love.”