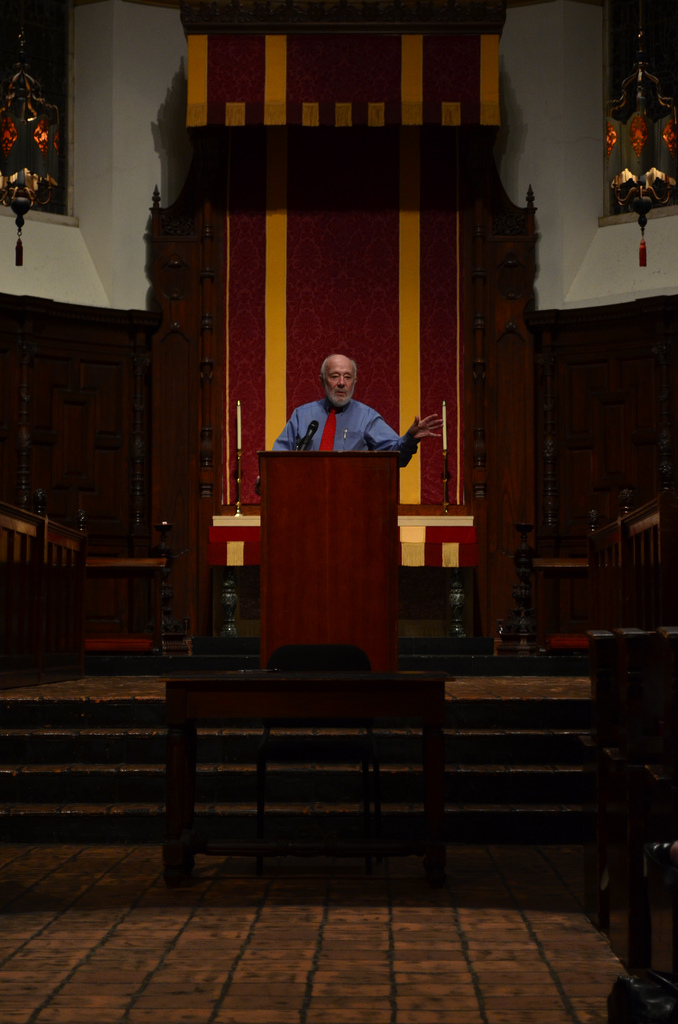 As an atheist, I was looking forward to attending Marcus Borg’s talk in Knowles Memorial Chapel on Feb. 6, entitled “The Truth and Limits of Contemporary Atheism.”
But although Marcus Borg spoke eloquently and had a pleasant delivery style, his talk did not convince me of what exactly the limits of atheism were supposed to be, primarily because he didn’t criticize atheism much at all. He actually agreed with the majority of atheism’s critique on religion.

For instance, Borg stated that the notion of an interventionist God is intellectually indefensible. He said, “If you think that God intervenes, then he is responsible for all the times that he doesn’t.” He also agreed with the fact that the Bible is not an inerrant source of God’s holy wisdom and that some horrible reprehensible deeds have been committed in the name of religion. For someone who calls himself a Christian, Borg was shockingly open in his support of atheism and for that he deserves some credit.
Yet of course, Borg still believed in some sort of God. The idea of God that Borg put forth was that “God is everywhere.” He called this belief panentheism, stating that the universe is not separate from God, but rather, the universe is in God.

And now this is where things got fuzzy. The majority of Borg’s statements turned out to be deepities, a made-up word which here means “ideas that sound pretty cool when you say them out loud but hold little, if any, actual meaning.” Saying that “God is everywhere” is an example of a deepity, especially when one does not clearly define what one means by “God.”

For Borg, “God” meant some sort of noninterventionist invisible force. He criticized atheists for not dealing with this idea of God and instead only focusing on the interventionist God. But why would atheism care about Borg’s panentheism?

Personally, the only reason I’m invested in religion is that it shapes so much of what people think and do, and not always for the better. With panentheism, I guess there’s a God, but if this God is invisible and does not deal with worldly affairs in any way, then this God might as well not exist without further elaboration or detail.

Panentheism seems like a pointless belief when practically applied to the world, and extremely few people are panentheists, so it wouldn’t make sense to spend a great amount of time attacking panentheism. There are more important gods to debunk, like the ones that dictate that Adam and Eve lived among the dinosaurs, or that blowing yourself up is a good idea.

That atheism doesn’t deal with panentheism much is not a limit of atheism, but rather, a demonstration of atheists’ time management skills.